Ageism is putting all our retirements at risk

Pensioners are not stealing from younger generations. Many are themselves struggling. 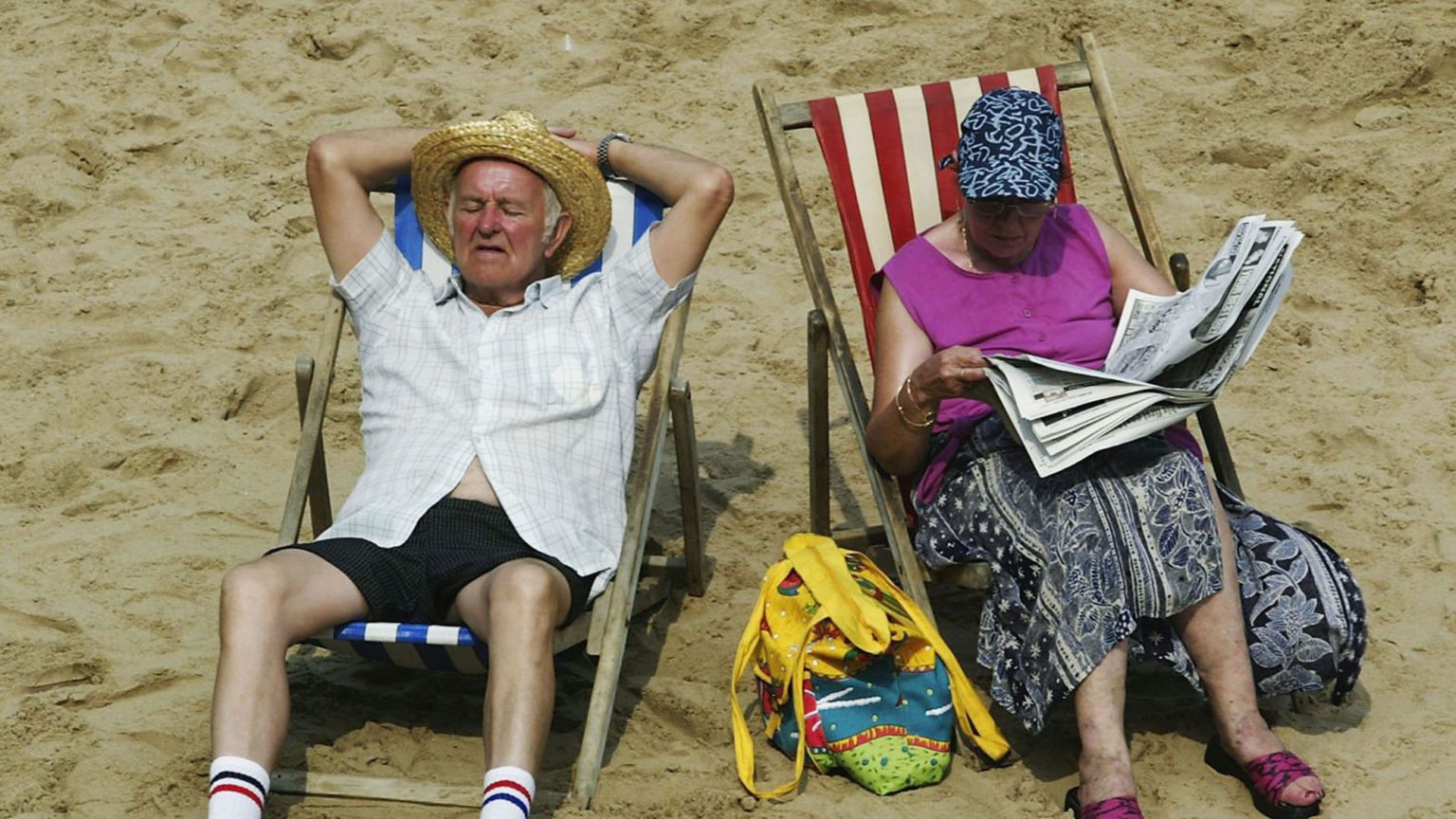 Pensioner poverty, we are often led to believe, is a thing of the past. Apparently, the Baby Boomer generation has been so successful at defending its interests that the greedy old buggers are raking it in. It is claimed that we live in a ‘retirement aristocracy’. Pensioners spend their days jetting off on holiday or sauntering around the golf course. They are sitting pretty in their oversized, overpriced homes. Meanwhile, younger generations are said to be miserably stuck at the bottom of the ladder, condemned to work forever to prop up the living standards of an ageing population.

As debates about economic and social problems become increasingly framed by the divisive narrative of ‘generational inequality’, such crass assumptions about the causes and consequences of the British pensions crisis are widespread. They underpin the view that we should stop worrying about pensioner poverty, and perhaps policymakers should even find ways of cutting back on benefits and entitlements for the elderly, clawing back some of the wealth they have supposedly stolen from future generations. This penny-pinching approach allows policymakers to evade the big questions over what to do about pensions, and to ignore the inequalities of wealth and income within the retired population.

At the European Sociology Association conference last month, Professor Bernhard Ebbinghaus of the University of Oxford warned that the proportion of elderly people living in severe poverty in the UK (defined here as having an income of 40 per cent or less of the median average) has risen from around one per cent in the mid-1980s to around five per cent today. This, he argued, is the largest increase among western European countries. He attributes it to Britain’s ‘Beveridge-lite’ state-pension system, which has ‘rather ungenerous basic pensions with means-tested supplements’. This ‘reproduces relatively high severe poverty rates among the elderly’. Even when private pensions were taken into account, Ebbinghaus said: ‘The public-private mix puts many elderly at risk as they lack sufficient supplementary earnings-related pensions.’

The Institute for Fiscal Studies also reports a rise in pensioner poverty, after ‘more than two decades of continuous falls’. This study, using a different measure of severe poverty, shows a slowdown in income growth among low-income pensioners, explained by a decline in private pension incomes and also a rise in average housing costs, affecting the lowest-income quartile of pensioners.

Does an apparent rise in pensioner poverty mean that old folk are starving in the streets? No – and it’s important not to overstate the case. Measures of severe poverty vary. The IFS study admits there are limitations with its data on private pensions. It is also difficult to detach the increase in poverty among older people from the economic difficulties that have affected people of all ages since the global financial crisis of 2007-2008.

For example, the IFS states that while pensioners ‘did much better than working-age families in the recession’, in recent years this group has ‘seen much more similar income growth to working-age households’. In other words, pensioners are now doing no better or worse than anybody else. Unless – in stark contrast with the claims of generational unfairness from the young – you bring in the 22- to 30-year-olds, which is ‘the age group that has seen the strongest growth in incomes since 2011-12’. Although the young ‘did worst during the 2007-2008 to 2011-2012 period’.

But it is precisely because it is difficult to make overarching claims about the fortunes of age groups that assumptions about the problem of a ‘retirement aristocracy’ need to be taken with a lake of salt. Although policymakers like to talk up the generosity of the state pension, with its allegedly gilded ‘triple lock’, Ebbinghaus is right. The state pension is a meagre entitlement. Individuals depending on the state pension can only expect it to provide an increasingly leaky safety net, rather than a living income.

Over the years, the British state has passed much of the buck for pension provision to individual workers. This is indicated by the mandatory requirement that employees are ‘auto-enrolled’ into a work-based pension scheme, through which a portion of their earnings is diverted to pensions savings, reducing the amount available for current consumption. These schemes are often inadequate.

In the private sector, pension schemes that pay out a defined monthly benefit (DB) have been largely scrapped in favour of ‘defined contribution’ (DC) schemes. DC schemes are not really pensions but saving schemes, through which an employee contributes to investment funds in return for an unpredictable pot of money when they retire. Such schemes transfer the risks of pension-planning to the individual, and cannot guarantee them an income in retirement. In the public sector, pensions have moved away from ‘final salary’ schemes to levels of entitlement based on career-average salaries.

All in all, it is clear that the state pension is not enough to live on and that not all private pension schemes are equal. For the majority of people, they will not provide for a luxurious old age. The main issue is that pension schemes reproduce the inequalities that have affected people’s pay across their lifetimes. Those who have low incomes and insecure employment will pay less into pension schemes than people with steady, high-earning jobs, giving them far less with which to top up their state pension on retirement. While some older Baby Boomers have benefited from final-salary schemes and a lower retirement age, not all were able to do that. Many in the Baby Boomer generation are still of working age and also face later retirement on less than they expected.

So the problem of pensions is a complicated one, with many drivers. Economic stagnation, demographic changes, political decisions and corporate risk-aversion have all played a part. But ‘old people’, as a group, are not the cause of this crisis. The myth of the ‘affluent pensioner’ is equally damaging to young people, implying that it is unreasonable for anyone to expect to maintain a decent standard of living in retirement. And yet the narrative of generational conflict over pensions exists.

This idea of generational conflict is driven by an elite in thrall to two fashionable prejudices: ‘doomography’ and gerontophobia. Doomography is not the same as demography. By capturing cultural dynamics as well as social and economic changes, demographic analysis shows human societies to be remarkably resilient and resourceful. Aside from the general bonus of cheating death and prolonging life – surely good things, even by the most miserabilist standards – the developments that have led to our ageing society have also resulted in improved living standards and a host of opportunities that simply did not exist for generations past.

Doomography, by contrast, refuses to engage with this bigger picture. Instead, it isolates and obsesses on particular trends (increased longevity, population growth, low birth rates, increased migration) and speculates about the problems these will cause in the future. Rather than an attempt to understand demographic changes and consider how they might shape the future, doomography is fatalistic, born out of the pessimism of the present, and leads to calls simply to batten down the hatches.

Meanwhile, a relentlessly gerontophobic rhetoric has cast pensioners as the undeserving rich. Ageism is so rife that the progress society has made in reducing pensioner poverty is now presented as an historic policy mistake, which has privileged the old at the expense of the young. This is despite research consistently highlighting the diversity of fortunes within the Baby Boomer generation, and the extent to which people’s experience in later life is shaped by factors of social class, income inequality, employment, (ill) health, gender, ethnicity, and family-support networks. Plunging old folk back into poverty will not result in any extra resources for younger people, either now or in the future.

By viewing the pensions crisis through the prism of doomography and gerontophobia, reductions in pension entitlements are presented as a necessary response to a natural crisis – that there are too many old people claiming pensions, not enough young people working to pay for them, and therefore we need to scale back the amount retired people can expect to live on in the future. Yet the image of an enormous pensioner population propped up by a tiny trunk of workers is a Generation X-era fantasy: it simply does not hold in a context where populations are growing, and the size of the Millennial cohort is exceeding that of the Boomers.

We have known about increases in life expectancy for a long time, and the net result has not been a growing number of elderly dependants, but an extension of healthy old age. As a result, a significant proportion of retired people are also engaged in some form of work, not least to top up their pensions, or care for parents or grandchildren.

Some recent pension reforms, such as raising the state pension age, make sense in terms of bringing retirement in line with increased longevity, healthier ageing, and the kind of jobs that people do. We no longer expect a 65-year-old to shuffle off in slippers following years of hard manual labour in the factories or mines. There is something insulting about the expectation that senior figures should hang up their boots just because they reach a certain age. And in an era of generalised cost-cutting, retirement is often a convenient excuse for employers to save on higher salaries.

But we should also recognise that most jobs in the so-called ‘post-material economy’ are not cushy white-collar positions; that people of pension age often have other commitments to attend to; and that working to supplement one’s pension is only attractive if there are decent and flexible jobs around. People should not be compelled to retire from paid work, but they should be able to do so. A civilised society should not make people work until they drop, either.

Attempts to pit old against young represent a divisive distraction from a goal that, until fairly recently, was seen as well within our grasp – a decent standard of living for working people and pensioners alike.

Jennie Bristow will be speaking in the TUC Congress fringe meeting Intergenerational fairness – Why solidarity beats conflict every time in Brighton on 10 September. Her new book, Stop Mugging Grandma: The ‘generation wars’ and why Boomer blaming won’t solve anything, is published by Yale University Press.