The race-washing of American history

The idea that all of our ills stem from slavery is revisionist history that helps no one. 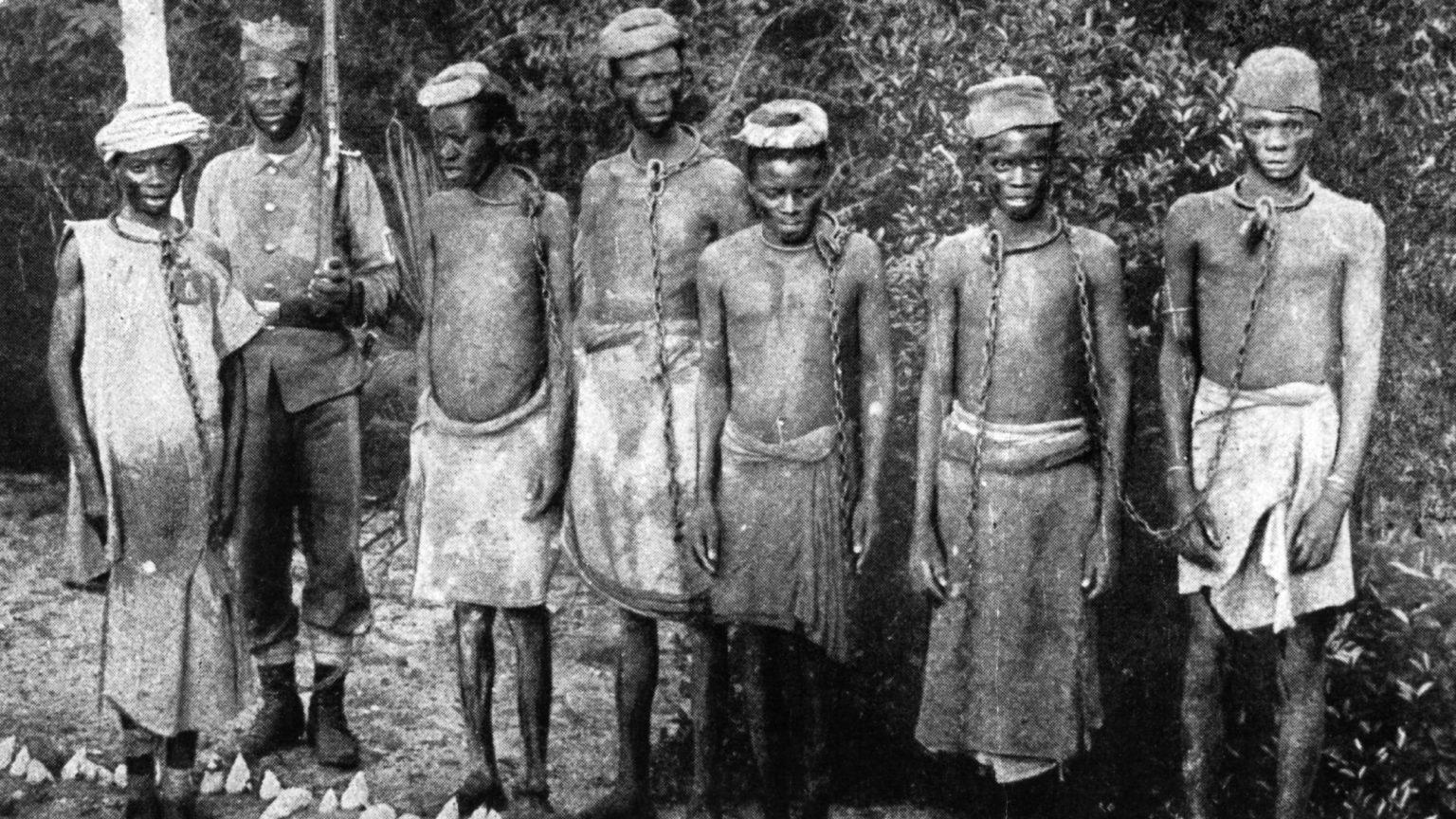 With much fanfare, the New York Times has launched ‘The 1619 Project’ to mark the 400th anniversary of the arrival of slaves in Virginia. An entire magazine and special supplement were devoted to it. More articles will appear over the course of the year. And the project entails a major public-outreach programme, including producing a schools curriculum.

What is most striking about The 1619 Project is the sweep of its objective. The New York Times is not simply using the anniversary to remind readers of the horrors of slavery, or to explore other historical aspects. With this project, the newspaper seeks nothing less than ‘to reframe American history by considering what it would mean to regard 1619 as our nation’s birth year’. The vast majority of Americans believe that the nation was formed by the Declaration of Independence in 1776 and the American Revolution that followed. But marking 1776, a date ‘which is taught in our schools and unanimously celebrated every Fourth of July’, is ‘wrong’, says the NYT.

For the NYT, understanding 1619 as the country’s ‘true founding’ means that virtually everything in US history since that time is explained by slavery. Magazine essayists who cover the alleged evils of today – Wall Street, lack of universal healthcare, Republicans in Congress, sugar consumption, income inequality – claim you can draw a straight line from slavery to our modern condition. Nothing, especially not the abolition of slavery more than 150 years ago, has stopped slavery from having a malign dominance over American life, they say.

To make such arguments, however, requires drawing the most superficial of associations between then and now. In the New York Times Magazine edition kicking off the 1619 Project, Matthew Desmond argues that the ‘brutality’ of American capitalism today is simply a continuation of the harsh conditions on plantations. The most ridiculous entry, from Kevin Kruse, contends that traffic jams in Atlanta are caused by slavery. Kruse happened to select a city that has witnessed the growth of a black upper-middle class. Rather than being evidence (somehow) of enduring slave-like conditions, the congestion in Atlanta is a by-product of something that has been very good for black (and other) people – economic growth.

In declaring 1619 as the nation’s founding, that slavery ‘is the country’s very origin’, the NYT is arguing that the US, at its foundation, is inherently and irredeemably racist. The Original Sin of slavery marks everything about the nation; slavery is the source of ‘nearly everything that has truly made America exceptional’. Slavery should be ‘at the very centre of the story we tell ourselves about who we are’ – in other words, we should tell ourselves that we are wicked, racist people.

Note that the NYT is not simply saying slavery existed from the beginning of the US, that it shaped the country’s development, and that it violated its stated principles of equality. No reasonable person would deny those facts. No, it is arguing for a far-reaching reinterpretation of US history: that white supremacy has been the purpose of the US from the start, its reason for existence.

In order to elevate 1619 to utmost importance, you have to trash 1776 and diminish its significance. In the introduction to the series, Nikole Hannah-Jones argues that the colonists declared independence from Britain to protect the institution of slavery — a distortion of history that ignores the wider social and political forces for independence. She calls the Declaration of Independence, and its famous proclamation that ‘all men are created equal’, a ‘lie’. The founders consciously knew it to be a sham. ‘The white men who drafted those words did not believe them to be true for the hundreds of thousands of black people in their midst’, she writes.

This is revisionist history. Founding Fathers such as George Washington, John Adams and Thomas Jefferson said at the time that slavery was incompatible with their conception of equality. The drafters of the Constitution deliberately kept any reference to slavery out of the founding document. As the historian Sean Wilentz highlights in his recent book No Property in Man, the framers’ rejection of southerners’ demand for property right in slaves was critical in undermining the legitimacy of slavery, even if the Constititution did not outright prohibit slavery at that time.

More to the point, by founding a country on the principle of equality, the founders laid the seeds for the ultimate destruction of slavery, even if that took some 80 years and a Civil War to achieve it. As Gordon Wood, the foremost authority on the history of the American Revolution, writes: ‘The Revolution suddenly and effectively ended the cultural climate that had allowed black slavery, as well as other forms of bondage and unfreedom, to exist throughout the colonial period without serious challenge.’

What’s more, the NYT’s perspective on the founding differs from that of America’s greatest anti-slavery and anti-racist heroes. The abolitionist and former slave, Frederick Douglass, would use both the Declaration of Independence and the Constitution as weapons in his fight to bring down slavery. In his famous 1852 address, now known as ‘What to the Slave is the Fourth of July?’, he argued that to charge the ‘Fathers of the Republic’ with supporting slavery was ‘a slander upon their memory’. In response to those who said the Constitution was a slave-owning charter, he retorted that it was a ‘glorious liberty document’. If the Constitution was intended to be a slave-holding instrument, asked Douglass, ‘why neither slavery, slaveholding, nor slave can anywhere be found in it’?

Martin Luther King certainly did not view America to be founded on racist principles. Like Douglass, King found inspiration in the founders’ universalism. ‘When the architects of our republic wrote the magnificent words of the Constitution and the Declaration of Independence, they were signing a promissory note to which every American was to fall heir’, he said in his 1963 ‘I Have a Dream’ speech. ‘This note was a promise that all men would be guaranteed the inalienable rights of life, liberty, and the pursuit of happiness.’

In making the argument that the US is defined by slavery and has never overcome it, the NYT is effectively saying there has been no real progress. But what defines the best of Americans has been our willingness to struggle for freedom and realise the ideals of the founding. Thousands of people were willing to give their lives and fight in a Civil War to ensure an end to slavery. Millions opposed Jim Crow and supported the civil-rights movement. All of these struggles fade into insignificance in the NYT’s telling of US history, as it all failed to stop the effects of slavery. US history has just been one long violation of black people, according to this perspective.

There are certainly those who view US history through rose-tinted glasses, treating the founders like saints and downplaying slavery. That approach treats history as myth, and it is wrong. But what the NYT is doing is equally simplistic and wrong. Whereas the super-patriotic have claimed that the US is exceptionally good, the NYT now contends that the US is uniquely evil.

The 1619 Project is projecting 2019 concerns and ideological agendas on to the past. By arguing that various US institutions, parties and policies are tainted with slavery, these writers aim to present them as not just misguided, but as morally evil. From this perspective, the only restitution is to tear down these institutions, and put the racially woke in charge.

And consistent with the today’s fad for calling on whites to renounce their ‘white privilege’, The 1619 Project is intended to make Americans feel guilty about who they are. Americans are uneducated about the ‘true’ history, goes the thinking – they are trapped by their legacy and therefore doomed to be racist forever. Only the woke can transcend the past.

The New York Times’s rewriting of history will make its writers and readers feel virtuous and superior. But it does nothing to advance the lives of Americans, black or white. It only serves to inject race into all of our discussions, including those that should have nothing to do with race, and divide us further.