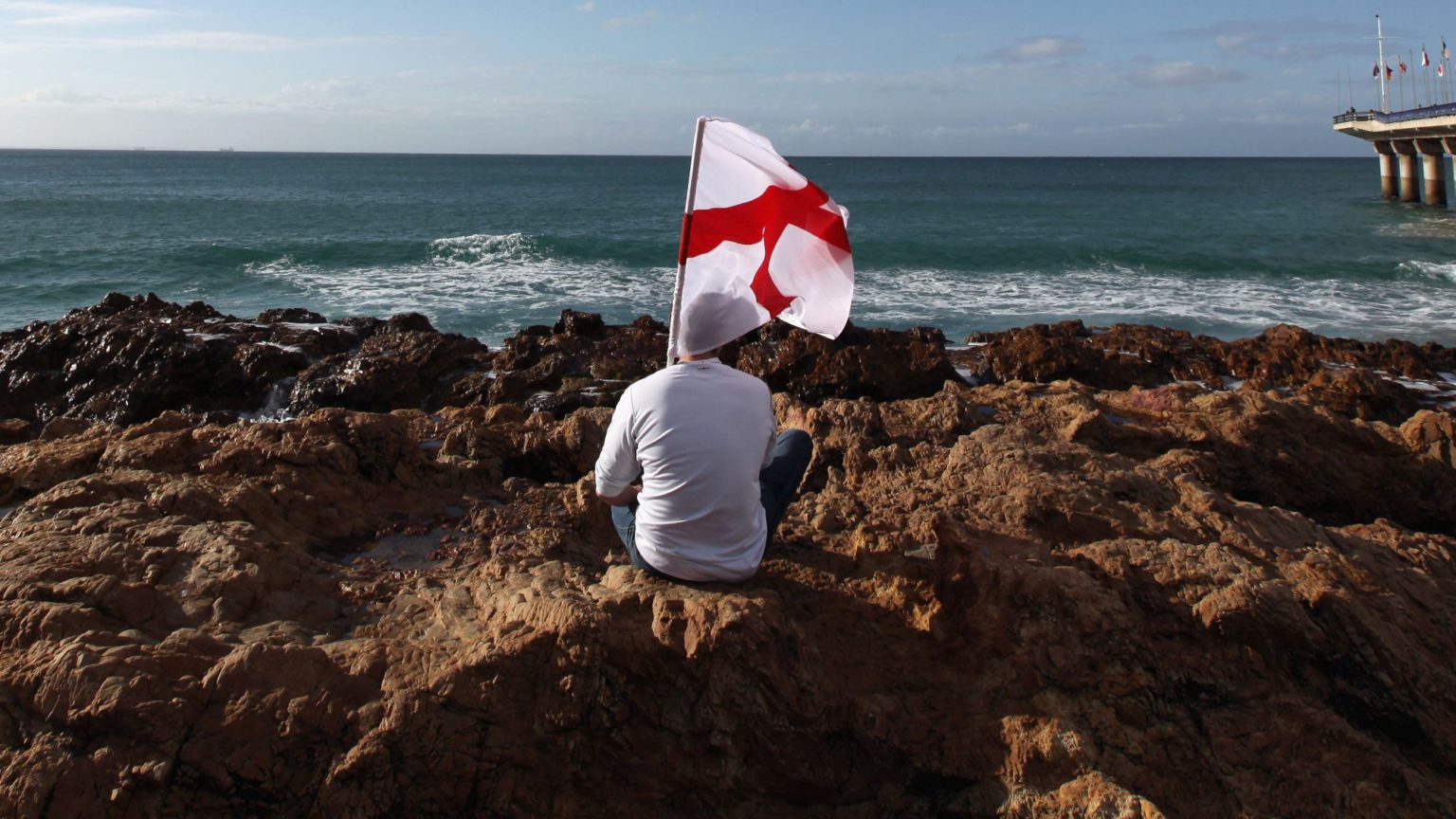 The culture war against Englishness

Fear of the masses fuels the elites’ suspicion of Englishness.

This is an edited version of a speech Tom Slater gave at a panel discussion titled ‘Towards a civic English nationalism’. It was held at the Henry Jackson Society in London on 7 August 2019.

I’m going to talk about why I think Englishness, English national identity, can be so awkward and uncomfortable for the political and media elites these days.

Sitting here, in 2019, in the tolerant, open country that we are, it is not immediately obvious why so many influential people have such a problem with Englishness. Why does it unsettle them so much, given that, on all kinds of measures, English national identity seems increasingly benign, if not in some ways positive?

English is – naturally – the most widely shared national identity in the UK. But the vast majority of English people see themselves as equally British. Englishness is not, therefore, a narrow and parochial identity. It maps neatly for most English people on to the broader British collective identity.

Most crucially, Englishness is an increasingly post-racial identity. A recent survey conducted by the Centre for English Identity and Politics at Winchester University found that just one in 10 people in England now think that being white is important to being English.

This survey updated research first undertaken by the British Future think-tank in 2012. The change in attitudes it reveals, over just seven years, is remarkable – in 2012, more than two in 10 people thought being white was important to being English.

We still have some way to go. But we are a multiracial society that seems more at ease with itself than ever before. Culturally, we are comfortable with diversity. The sports and pop stars who young people look up to are testament to this.

What’s more, this shift in attitudes is not just a case of the bad old days slowly dying off with the bad old people. Just 16 per cent of over-65s today think whiteness is an important part of being English, compared to 35 per cent in 2012.

This shift in attitudes among older people is backed up by other evidence. In the wake of the Windrush scandal, according to one YouGov survey, Brits aged over 65 were actually the most supportive of the Commonwealth citizens who were treated so shamefully by the Home Office.

(Incidentally, the most supportive UK region of the Windrush children, according to that survey, was not London – it was the rest of the south of England.)

Englishness, therefore, is an increasingly inclusive, benign identity, and yet it is still treated with suspicion – certainly in relation to, say, Welsh or Scottish identity. And every once in a while that suspicion bubbles up to the surface.

Labour MP Emily Thornberry was famously forced to step down from the shadow cabinet in 2014 when she tweeted a picture, from Rochester and Strood, of a house draped in England flags, with a white van parked outside.

She offered no comment on it. It is to this day unclear what she was trying to achieve by posting that image. But for many, it represented a disdain for English identity that many politicians and commentators seem to share.

It was a presentation of working-class Englishness, in particular, as something between a museum piece and an exotic specimen – something sort of alien and strange, and perhaps a bit dangerous.

More recently, the writer Afua Hirsch – author of the book Brit-ish – summed up the feelings of the London intelligentsia in a TV discussion in 2017, when she said that Englishness, for many English people, was a ‘tribal white identity’.

In sum, despite the growing evidence that Englishness is an increasingly civic rather than ethnic identity, this discomfort with Englishness among the elite persists.

Why this is the case might seem obvious at first. The St George’s Cross is, for some, still synonymous with National Front thugs, and, more recently, the English Defence League and Tommy Robinson.

It is easy to forget how far we’ve come in a relatively short space of time. For many black and Asian Britons you don’t need to have been around that long to remember not just a less ‘inclusive’ England, but a deeply racist one.

You could say that Englishness is a casualty of our new culture war. The spectre of racist, ignorant English folk – ‘gammons’, in the new lingo – is the caricature against which commentators pose as switched-on and virtuous.

But I think the elites’ dislike of Englishness also expresses something deeper. The culture war against Englishness is, I think, bound up with anti-majoritarianism – a discomfort with mass democracy, and a fear and loathing of the ‘little people’ who democracy empowers.

And this is where Brexit comes in.

To adapt a favourite adage of Will Self, not all Remain voters are metropolitan elitists, but all metropolitan elitists voted Remain. And indeed, the Brexit vote brought to the surface that elite section of society’s deep disdain for democracy and for supposedly ‘low-information’ voters.

And given how the votes fell, England was where most of these ‘horrendous’ people could be found. England voted to Leave, where Scotland and Northern Ireland voted to stay. England backed Leave at a rate higher than the national average – 53.4 per cent. Every English region outside London backed Brexit.

Anti-Brexit anger, therefore, quickly became mixed up with a kneejerk anti-Englishness. Brexit, writes Yasmin Alibhai-Brown, represents a ‘mix of arrogance and ignorance, a very English amalgam’. The vote, she adds, has damned us to ‘dull small island life, grey, inward, with shops full of pies and chips and blue passports in our bags’.

These nominally anti-English tirades were, at least in part, not about England at all. They were giving expression to the anti-majoritarian, anti-democratic inclinations of the elites. This is because England is not only by far the largest bloc of people in the UK — it is also that bloc most often painted as wrongheaded and backward, particularly by the liberal-left.

People once talked about the Labour Party’s problem with southern voters – its ‘southern discomfort’, as a Fabian Society pamphlet put it in 1992. For the best part of three decades now, southern working-class voters have been, in some circles, all but written off. They have been bought off by Thatcher, they are culturally conservative, they are not people to be dealing with.

But the chasm between Labour and its northern heartlands has also been growing all this time. In the wake of the 2010 election, Professor Philip Cowley warned of Labour’s ‘universal discomfort’. And this certainly came to the fore with Brexit.

The biggest majorities for Brexit in 2016 were delivered by the East Midlands, the West Midlands and the North East, encompassing longstanding English Labour heartlands. In those three regions, the Leave vote almost touched 60 per cent. Meanwhile, over 90 per cent of Labour MPs backed Remain.

It is due to these political shifts – which have taken place over recent decades, but came to a head with the Brexit vote – that the English have become a byword for the brutish throng.

There is certainly a discomfort with the idea of national identity in general in certain cosmopolitan circles today. But I would argue that the relatively sympathetic hearing the likes of the SNP or Plaid Cymru get from liberals in England shows that something else is going on here.

Scottish independence, in particular, is increasingly met by sections of the British left with either ambivalence or tacit support. This is a shift that John McDonnell’s explosive comments this week, where he said he was open to the prospect of a second Scottish independence referendum, underlined.

I would argue that, in part, the project of Scottish independence is driven by the anti-majoritarian impulse I’ve been talking about. Scotland is presented – by the Scottish National Party – as the centre-left tail that cannot wag the Tory dog. England is supposedly lost to the forces of reaction, and thus Scotland must go it alone.

In turn, in England, Scotland has come to be seen as a kind of haven on a heartless isle. In an interview in the Guardian over the weekend, SNP leader Nicola Sturgeon even urged disaffected English voters, angered by Boris and Brexit, to move to Scotland. And I dare say there will be some among the English metropolitan set who will be tempted.

I don’t think national identity is anything to demonise. It can in fact offer a more inclusive and expansive identity than the limited racial, gender and sexual identities pushed today by the identitarian left. National identity can provide a framework within which we can transcend our differences.