How to teach kids about climate without scaring them stiff

We need a much more grown-up approach to teaching climate change. 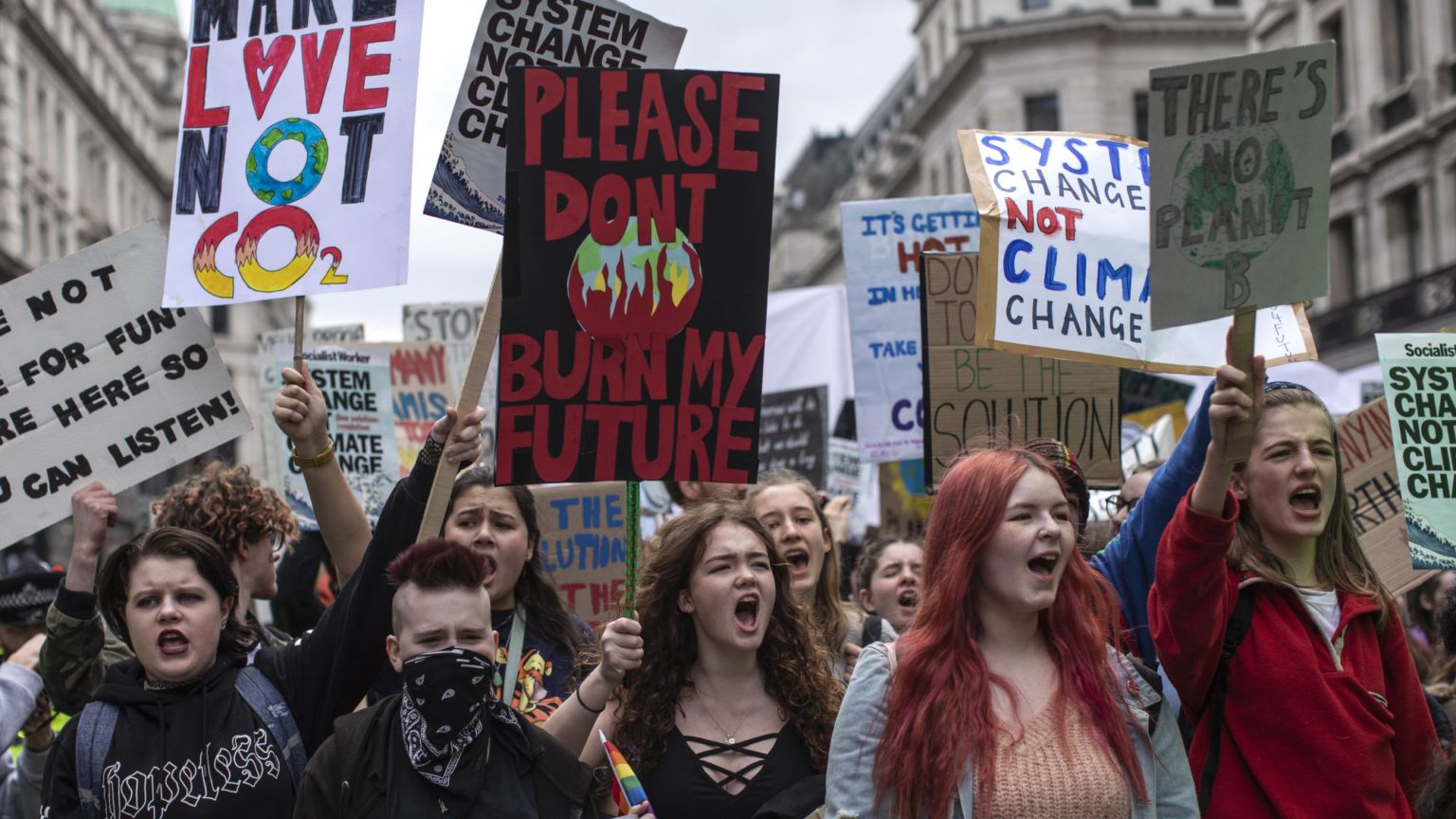 This summer, as part of the School Strike for Climate, school pupils across the UK have continued to take to the streets to demand the British government declares a climate emergency, and implements a Green New Deal to achieve ‘climate justice’. The most recent ‘strike’ took place last Friday.

What are we to make of this? What are we to make of children demanding that adults take action on climate change and the environment? On the one hand, we can applaud their engagement with a political issue and their desire to make a difference to the future state of the world. On the other, listening to the students’ sense of confusion and panic, there is clearly something wrong with the way climate change is being presented – both in and out of school.

Let’s begin with the presentation of climate change in schools. The purpose of a school curriculum is primarily to educate. That is not to say climate change should not be addressed through the national curriculum. It already is, in fact, in subjects like science, technology and geography. And pupils should learn about the challenges society faces today. But there is a vast difference between educating children about climate change and trying to manipulate their behaviour towards more carbon-neutral actions, something that then UK education secretary Alan Johnson called for in 2007 when he said ‘children must think differently’ about climate change. That’s the problem: too many have confused education with indoctrination.

And what of the fear and panic generated outside of school? Again, it is not difficult to see where it comes from: the longstanding presentation of climate change in catastrophic terms. As far as back as 1982, the UN was saying ‘the world faces ecological disaster as final as nuclear war within a couple of decades unless governments act now’. The 2018 report from the UN’s Intergovernmental Panel on Climate Change claimed ‘We have 12 years to limit climate-change catastrophe’. There is a long tradition of climate catastrophism.

Such reports are designed to create headlines and prompt action. Former US vice-president Al Gore revealed as much when, in 2009, he told a surprised Hans Rosling, the late professor of international health at the Karolinska Institute, that ‘we need to create fear’ around the issue of climate change. Hence Gore’s 2006 propagandising ‘documentary’ An Inconvenient Truth, which was sent to all UK schools at the behest of then environment minister David Miliband.

So, at a time when climate catastrophism, and the pessimism and misanthropy that underpin it, have never been more mainstream, within and without school, is it any wonder pupils seem panicked about the future?

It is about time, then, that adults started educating students about their world, not scaring them. Here are five suggestions as to how we might engage young people in a grown-up discussion about climate change and the future.

1) Accuracy rather than scaremongering

There are plenty of excellent teaching resources on global warming available, many of which present accurate data and explore both natural and anthropogenic climate change. Children need to understand that climate change is the norm, but today humans are modifying the climate, making it difficult to isolate variables.

It is also important to teach anthropogenic global warming as something observable, insofar as it has already happened. Indeed, it led to a global sea-level rise of around 16 to 21 centimetres and a temperature increase of approximately 0.8 degrees celsius since 1900. In showing this, children can see that global warming is real and lived, rather than something catastrophic that is going to happen in the future. We should also show them the scientific predictions for the future, but caution them about the limitations and uncertainty of extrapolating too far ahead.

2) A sense of perspective

Climate change should be introduced over different time frames, from millions of years to the past couple of hundred years. Pupils need to learn about the natural cycling of climate, and its different causes. They need to know that 400million years ago the UK was positioned near the equator and had a tropical climate. They need to understand that the Greenhouse Effect is also natural, and that without it the planet would be frozen and uninhabitable. This way, pupils have a sense of perspective from which to examine how humans have modified the climate.

As with the media, schools need to teach pupils about positive changes in the world, and not to be overly focused on disasters and environmental problems. For instance, most children (and many adults) are unaware that the global poverty rate has halved over the past couple of decades. Rosling’s Factfulness is a very good resource for showing long-term global trends, from ‘bad things decreasing’, like oil spills, HIV infections, infant mortality, ozone depletion and smoke particles, to ‘good things increasing’, such as women’s suffrage, immunisation rates and literacy.

Growing up in a society in which the prevailing language is of sustainability and crisis can give children the impression that the future is something to be feared. Young people need a sense of long-term progress against which they can gauge the true significance of the problems the world faces today. And they need to learn that the safety and relative prosperity enjoyed by the majority of children in the UK is an outcome of economic and political gains made since the start of the Industrial Revolution.

Guilt-tripping children into shrinking their carbon footprints is not a solution to global warming, and neither is it educational. Global warming needs to be addressed in the adult realm of politics. Schools should be places where children learn about the world and discuss contemporary issues like climate change, but without the responsibilities of citizenship. This is because they are children, lack experience and are only just gaining knowledge. Schools should provide them with the forums to test their ideas, to disagree and to work through their thinking so that they can make mistakes without political consequences. This is preparation for inheriting the responsibilities of adult citizenship.

5) Discuss how society can make progress and lower carbon emissions

The problem with the environmentalist narrative is that often it seeks to take society backwards, encouraging ‘re-wilding’ or stopping people driving. Systematic lowering of carbon emissions will only come from widespread and national changes to our energy and transportation infrastructure. This demands technical innovation and massive investment of resources, as well as time. Where protesters might have a point is that society needs to invest more in research and development in order to generate abundant, low-carbon energy supplies. As individuals we can make a significant contribution to democratic discussions about how society should address global warming, but making minor lifestyle changes will have a negligible impact until we can transition to a low-carbon economy. In the meantime, we need to show pupils examples of how people are adapting to global warming and will need to continue to do so in coming decades.

There is no quick, technical fix to the teaching of climate change. Schools need to recognise and address the misanthropic and alarmist context that is currently framing the way global warming is being presented to children. When children are scared, the responsible approach of adults should be to reassure them that things will be okay, even if they themselves are worried about the future. The world has faced plenty of frightening situations in the past – world war, nuclear weapons, flu epidemics and extreme poverty across the developing world. This doesn’t mean that we don’t tell children the truth about the extent of the problems. We should. But, at the same time, we can point to past problems that humanity has overcome. What society is currently failing to offer children is belief in humanity – that we have the capacity to make the world a safer and better place.

Alex Standish is a senior lecturer in geography education at University College London. He is the co-editor, with Alka Sehgal Cuthbert, of What Should Schools Teach? Disciplines, Subject and the Pursuit of Truth.