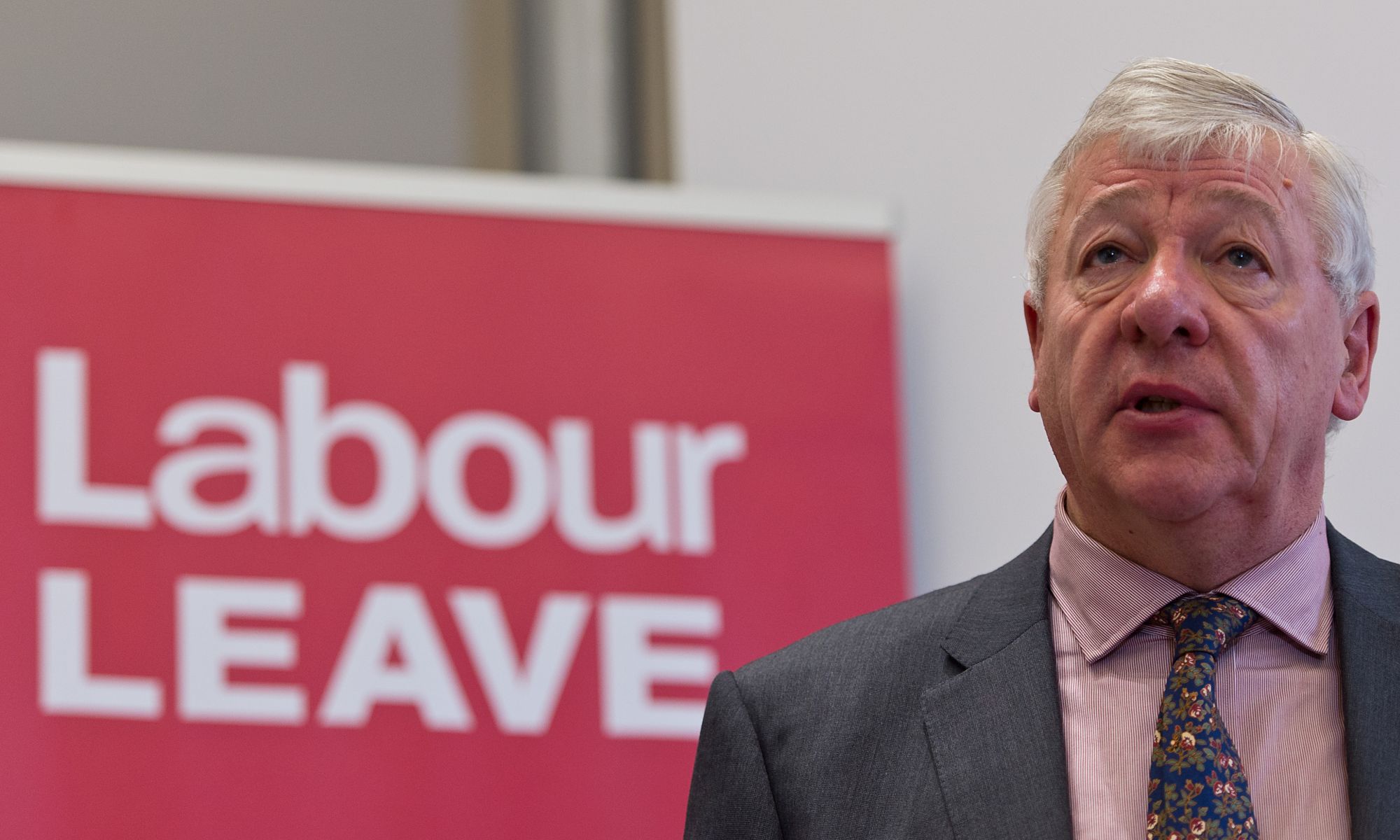 Last week, the Labour Party made a major shift in its Brexit policy. It announced that it would campaign for a second referendum on any Brexit deal with the EU – and would back Remain over any deal reached by a Tory prime minister.

Graham Stringer, Labour MP for Blackley and Broughton, campaigned for Leave in the referendum. spiked caught up with him to get his thoughts on Labour’s new Brexit stance.

spiked: What do you make of Labour’s shift to a more unambiguously pro-Remain position?

Graham Stringer: I don’t think the position is unambiguous. The Labour Party campaigned for Remain in the referendum. It then said in its manifesto that it would implement the decision of the referendum. Stating that it is a Remain party is just a restatement of where it has been all along. What really matters, which is still to be determined, is what policy we fight a General Election on.

Having said that, I think there is a real north-south divide within the Labour Party. The vast majority of the important positions in the shadow cabinet are held by London MPs who are concerned about the potential loss of London seats to the Lib Dems. That has influenced the decision to state that we are a Remain party. That is effectively sacrificing northern seats to save southern seats. But most of the analysis I’ve seen indicates that more seats will be lost in the north than will be saved in the south.

spiked: Is Labour turning its back on its traditional voter base?

Stringer: It is. Two-thirds of Labour seats voted Leave. It depends on how you count Labour voters, and which election you go back to, whether you go back to 2010, 2015 or 2017, because some regular Labour voters have voted for UKIP in past elections and some have abstained. There could be between five or six million, possibly more, Labour voters who voted to Leave. The opinion polls show that 80 per cent of Labour Leavers are more loyal to the idea of the United Kingdom leaving the EU than they are to the Labour Party. They are mainly traditional, white, working-class voters.

The Labour Party is in serious peril if it loses the people who have made up the bedrock of its support since the party was formed at the beginning of the 20th century. There are a lot of other voters who have moved to Labour and switched between elections. That’s why you get a lot of seats with huge Labour majorities in places that not very long ago were held by the Conservatives or Lib Dems. Those people who have made an intellectual choice to vote Labour in one election can just as easily vote for other parties. What has carried us through bad times is that bedrock of working-class voters.

spiked: Is democracy itself on the line if Labour blocks Brexit?

Stringer: One of the annoying statements that the shadow foreign secretary [Emily Thornberry] makes is that the position that has been enunciated is consistent with ‘Labour values’. But as I understand Labour values, we are a democratic party and we respect the electorate. In the largest single vote in the democratic history of this country, the electorate voted to leave the EU. If the Labour Party ignores that vote it will do serious damage to democracy, to the economy and to Labour’s prospects. It will take a very long time to recover.

spiked: What first made you in favour Brexit?

Stringer: It’s the long-term position I’ve always had. I have the fundamental view that in a democracy, you should be able to get rid of the rascals who make the laws, and you cannot do that in the European Union. Laws are difficult things to count, they are not like sheep or chairs. Different laws have different impacts. But when you take into account all the different regulations, laws and treaties, the majority of our laws come from the EU, instigated by the unelected EU Commission. I don’t think that is acceptable in a society that wishes to be democratic.

The past few weeks beautifully symbolise the undemocratic, almost anti-democratic nature of the EU. The major positions have been appointed. One of them has a record of complete incompetence as the minister responsible for the armed forces in Germany. Another one has judgements against her for effectively being incompetent and corrupt. It is a shocking and appalling state of affairs that these people have more control over life in the United Kingdom than most secretaries of state in an elected government.

spiked: Are you in favour of No Deal?

Stringer: I don’t back No Deal. The Labour manifesto said it was against No Deal. I’d like to back a good deal. But Theresa May brought back a deal which left control within the hands of the European Union and that wasn’t acceptable. So I would prefer a good deal and I don’t know if Boris can get a good deal. But if there isn’t a deal, there will be No Deal, that’s the natural consequence – unless the Commons gets an extension or revokes Article 50 and I can’t see the Commons revoking Article 50.

spiked: What do you make of the attempts in parliament to block No Deal?

Stringer: I voted against all the amendments which attempted to transfer power to Oliver Letwin and Yvette Cooper, people who have no responsibility in government. I voted against those because they were clearly a device to stop the UK leaving the EU.

What I won’t support is proroguing parliament. One can’t be in favour of democracy, people having the right to choose their MPs and their government, and then stop the legislature meeting at such a critical moment. I think that is an outrage to democracy. Those Tories who have mooted it are very much mistaken. It’s the exact opposite of what I and other people who believe in leaving the EU have been arguing for.