The Women’s World Cup doesn’t generate anywhere near as much money as the men’s. 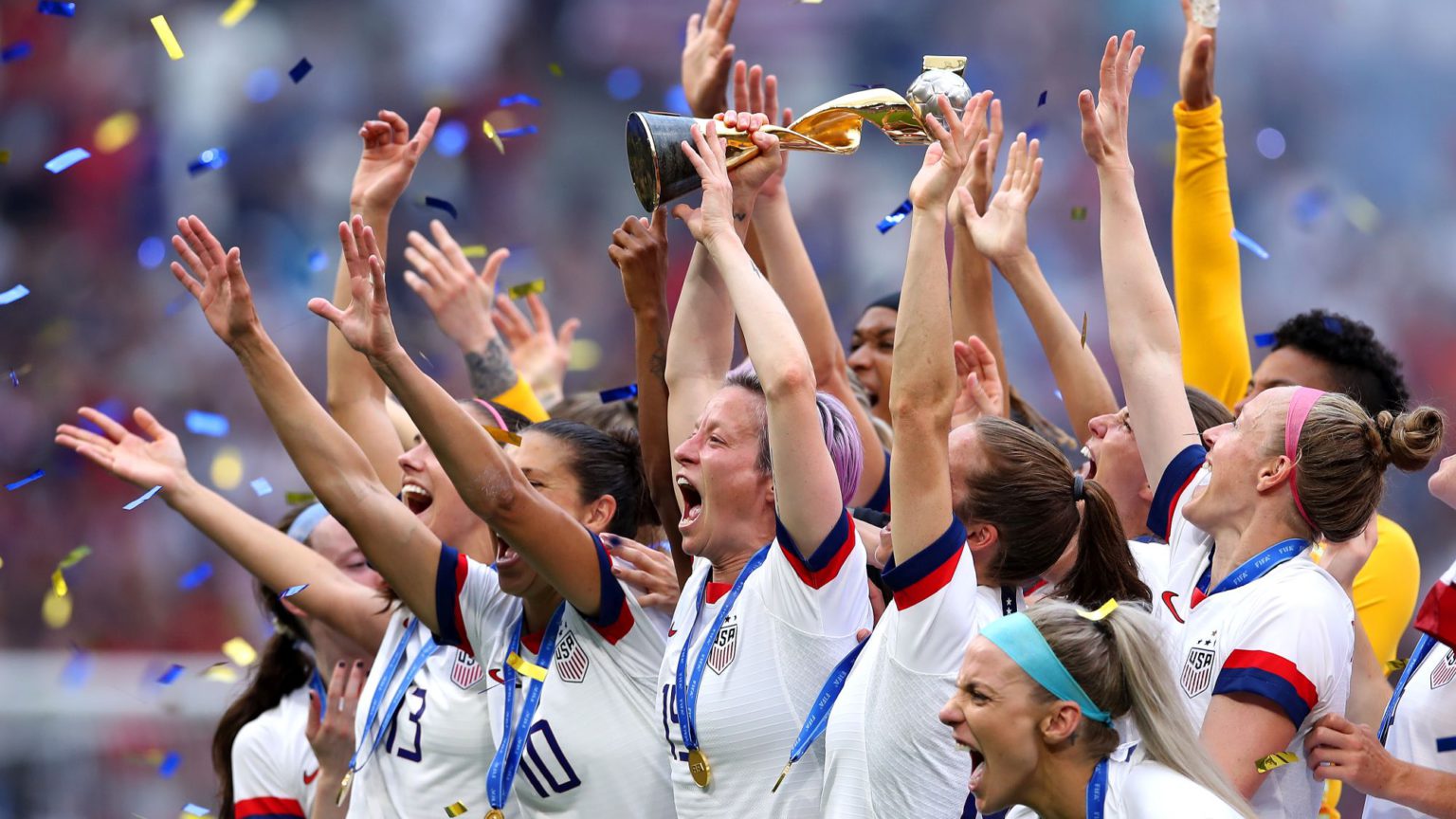 Shortly before the FIFA Women’s World Cup kicked off, Senate minority leader Chuck Schumer gave a shout-out to the US soccer team. He reminded everyone how much less the female players get paid than their male counterparts.

‘The women make just as much of a sacrifice, put in just as much mental and physical energy, absorb just as much risk of injury as the men who play for our national team,’ Schumer said. ‘Yet, when you break it down, a women’s national soccer team player earns a base salary of $3,600 per game while a men’s player earns $5,000.’

Not finished there, an impassioned Schumer continued: ‘Discrimination is staring us all in the face. These women, who inspire our country with their poise, tenacity, skill and excellence every time they take the field, deserve to be fairly compensated.’

Shortly after Shumer’s performative plea, a writer for the Huffington Post, the virtue-signallers’ digest, weighed in, pointing out that female football players also earn much smaller bonuses than the men’s team for their performance in the World Cup: $15,000 compared to $55,000. ‘And here’s a stark comparison: the US Soccer Federation awarded the men’s team a $5.4 million bonus after losing in Round 16 of the 2014 World Cup. It awarded the women’s team $1.7 million when it won the entire 2015 tournament.’

It is certainly the case that the US women’s national team has been ridiculously successful: four World Cup titles and four Olympic gold medals. This is the most successful team ever to play women’s football. But it is not true to say they are being treated unfairly.

Back in 2016, five prominent members of the team filed a complaint with the Equal Employment Opportunity Commission. The women alleged that the US Soccer Federation was sexist, hence the reason for the pay disparity. In 2017, they signed a new collective-bargaining agreement. Though the deal resulted in additional pay, it clearly wasn’t good enough.

Another lawsuit was filed three months ago, on International Women’s Day. Twenty-eight members of the US team accused US Soccer of violating both the Equal Pay Act and the Civil Rights Act. The LA Times published a stinging editorial in support of their complaint: ‘The US women’s soccer team outperforms the men’s team when it comes to victories, domestic viewership, name recognition and general awesomeness. Its members are stars, consistently ranked No1 in the world, and they make millions of dollars for their employer, the US Soccer Federation.’

However, those arguing for equal pay with the men’s team miss a crucial point. Yes, the women are indeed ‘No1 in the world’. But events like the World Cup and the Olympics come around every four years. The rest of the time, unlike their male counterparts who play for elite clubs, the ladies are rarely in the limelight. The men are consistent cash cows, playing in front of huge crowds once, if not twice, a week. But this only scratches the surface.

I wonder how many of those complaining about the pay gap actually attend or watch women’s professional football on a regular basis? One of the major factors that separate men’s sports and women’s is a not so little thing called revenue. To put it bluntly, female football players, just like female basketball players and female hockey players, are paid less because their respective sports draw smaller audiences and therefore make less money.

As an article in Forbes points out, the 2015 Women’s World Cup brought in almost $73million, of which the players got 13 per cent. The 2010 men’s World Cup in South Africa made almost $4 billion, of which only nine per cent went to the players. Last year, the men’s World Cup in Russia generated over $6 billion total in revenue but the participating teams shared only $400 million of that – less than seven per cent of the overall revenue. Meanwhile, the 2019 Women’s World Cup made somewhere in the region of $131million, doling out $30million – well over 20 per cent of collected revenue – to the participating teams.

One final point. Men’s sports, especially men’s team sports, are, for most people, more entertaining to watch than their women’s equivalent. Whether it is men’s football or basketball, when compared with the female equivalent, the skill levels on show are incomparable. When you sit down and watch the intricate movement and passing of teams like Liverpool or Manchester City, you quickly realise that nothing like this exists within the world of women’s football. On the other hand, sports that highlight the strengths of female athletes, like gymnastics, ice-skating and tennis, are popular.

None of this is to say that supreme female athletes do not exist. Serena Williams, for example, is powerful and highly skilled. She is a genuinely gifted athlete. However, even Serena realises that men are stronger. Despite having won 23 Grand Slam titles, Williams, appearing on Late Night With David Letterman in 2013, had this to say: ‘For me, men’s tennis and women’s tennis are almost, two separate sports. If I was to play Andy Murray, I would lose 6-0, 6-0 in five to six minutes, maybe 10 minutes.’

We can debate the qualities of men’s sports and women’s sports all day and still clash heads. But if we want to have an honest conversation about earning disparities, we have to acknowledge that as long as women’s sport makes less money, and draws in fewer spectators, women’s athletes will be paid less.

John Glynn is a writer.