We need a grown-up debate about climate change

The celebration of panicked schoolchildren is not healthy. 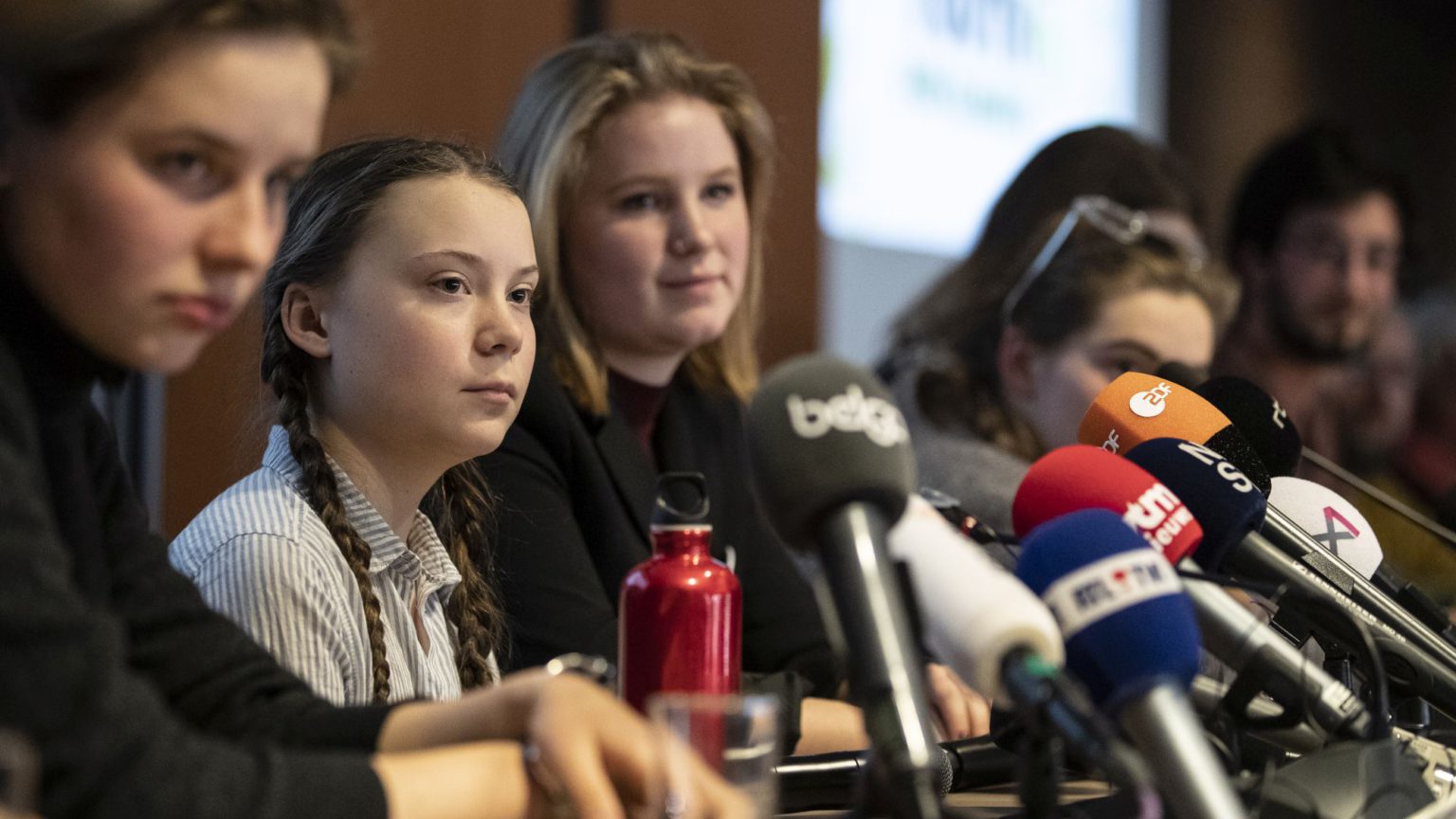 We should not trust Greta Thunberg, the 16-year-old Swedish environmentalist who has captured the world media’s attention. Don’t get me wrong: it is not her motives I mistrust. It is the fact that she is a child who, unsurprisingly, gives bad advice on complex political issues and, despite her protestations to the contrary, has not done her homework.

‘I want you to panic’ about climate change, she counsels. But since when has panic ever been a wise response to any sort of crisis? Panicking, particularly in a supposedly doomsday scenario, almost inevitably produces the most inefficient, wrongheaded and counterproductive results. The graver the crisis, the more the need for calm.

If an adult were telling us to panic we would react very differently. We would understand that he is either immaturely panicking himself, in which case we would prudently ignore him, or looking to induce an irrational mental state in others, while hypocritically avoiding it himself. But whoever it comes from, it is an intellectually and politically suspect position.

Greta Thunberg is no doubt genuinely scared about what might happen to the world a few decades from now. But why should we attach so much authority to the words of a child? The politicians currently fawning over Thunberg need to explain how they suddenly went from deferring to experts in matters of global warming to deferring to someone who has not finished school.

Thunberg sparked the ‘school strike’ movement, calling on kids to ditch school to protest against climate change. But it will no doubt have been in school where she got this idea that the world will soon be in flames. All around Europe, and particularly in right-on countries like Switzerland and Sweden, teachers have become preachers of green alarmism. This is why many teachers are delighted with protesting children playing truant for a ‘good cause’.

This, incidentally, shows how non-radical these school strikes are. If your teachers agree with it, it’s not likely to be a radical cause. But it is also therefore foolish to just tell these protesting children they should quit waving their placards and go back to school. That would be like asking the guy carrying an ‘End is nigh’ sign to go back to the fundamentalist church he attends.

Teachers, particularly of the sciences, have smuggled political positions into what should be factual and objective subjects. It is of course fine to teach children that rising CO2 is warming the planet. But that fact doesn’t tell us how we should respond to it. The idea that we must reduce CO2 is a political view. But any student who questions reducing CO2 will be denounced as unscientific.

Thunberg uses the same tactic, which she likely learned at school. In the same breath she urges us to ‘unite behind the science’ and work to reduce CO2 emissions to zero. She believes that the science actually dictates how we should act. It doesn’t occur to her that people might completely accept the consensus on climate change while believing that drastically cutting CO2 is not the right way to go.

In his book A System of Logic, John Stuart Mill writes that scientists cannot, if they are to remain scientific, instruct us on how we should act. A scientist, he says, ‘is not an adviser for practice’, and is only there to ‘show that certain consequences follow from certain causes, and that to obtain certain ends, certain means are the most effectual’. Science, for instance, can tell us what we must do if we wish to build more houses, but it cannot tell us that we should build those houses. Science concerns itself with what is, not with what should be.

The same applies to climate change. The scientific consensus is that global warming is mainly caused by mankind emitting CO2. But it does not follow that we should therefore emit less, any more than it follows that we should emit more or maintain present levels. All of those are political positions that could, reasonably, flow from the science. It is disingenuous to suggest otherwise.

The celebration of Greta Thunberg and the school strikes is a sign of how infantilised political debate around climate change has become. These five-foot footsoldiers of the green ideology have been well coached in the language of environmental doom-mongering. What we need now is a more frank, calm and grown-up debate.