‘The yellow vests are saying “enough is enough”’

Édouard Husson on the gilets jaunes, liberal authoritarianism and the EU. 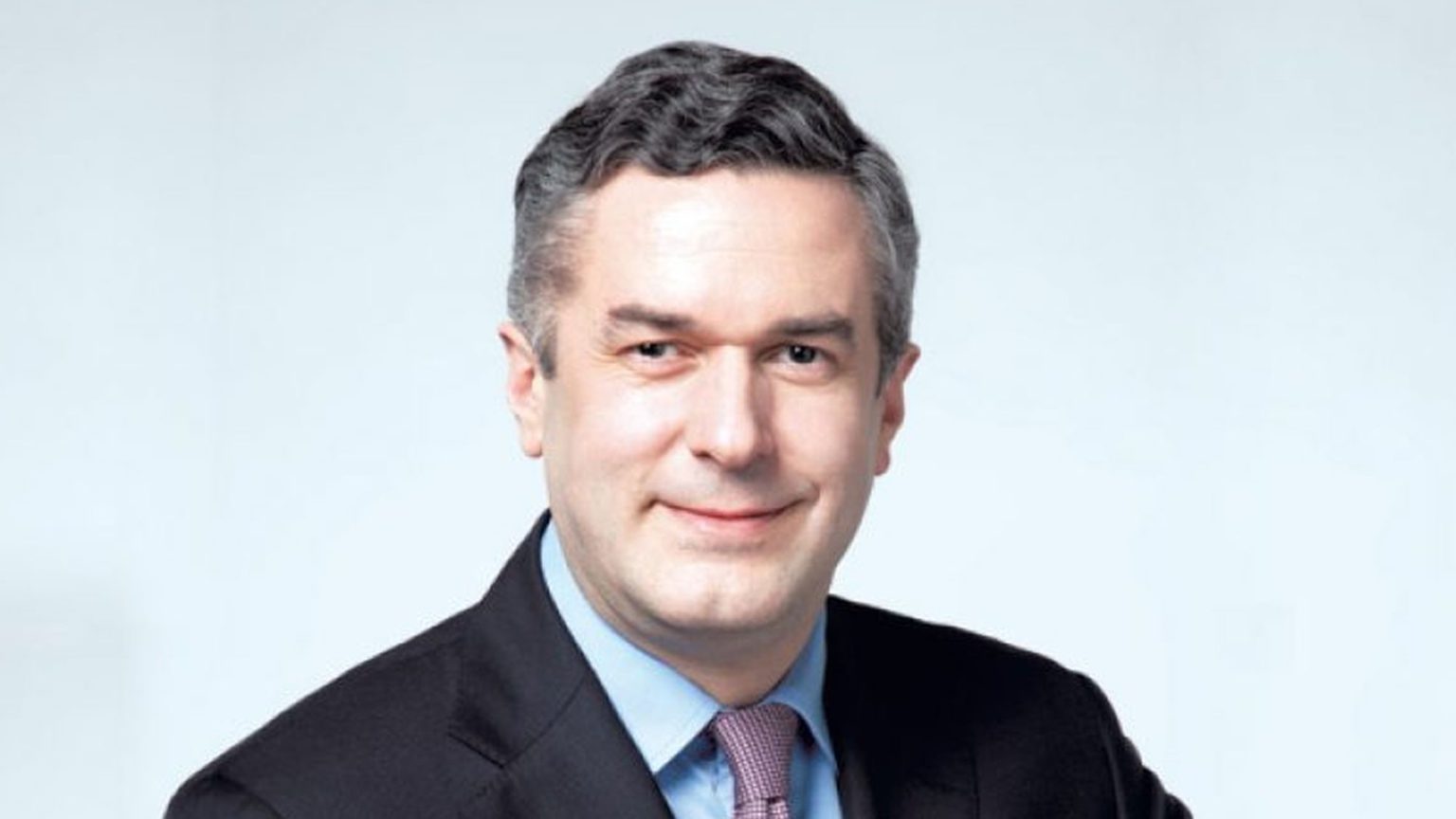 After 22 weekends of protest, the gilets jaunes show no signs of slowing down. The movement has rocked the French government. The government has made major concessions but has also launched a brutal crackdown. After weeks of repression, police violence and mainstream-media smears, how have these protests lasted so long? spiked spoke to Édouard Husson, dean of the Institut Franco-Allemand at the Université de Cergy-Pontoise, to find out more.

spiked: What is driving the gilets jaunes in your view?

Édouard Husson: The immediate cause was the government’s hike in fuel taxes, but there are much deeper roots. It is really the result of decades of a totally counterproductive economic policy. In 1992, France had a referendum on the Maastricht treaty, which led to the creation of the Euro. I voted against it. I would like to have been proven wrong but I was extremely sceptical of the benefits for France. Every country has its own economic model and you need to have a flexible currency in a changing world. You are left with other mechanisms of flexibility but no government since the 1990s has had the courage to introduce either more flexibility into the labour market or more trade protections, for instance towards China. They haven’t even asked for that within the EU.

The ‘easy’ solution for France was to increase public expenditure and create public-sector jobs. This went smoothly from 1999 to 2008, but then came the economic crisis and the state had to tighten its budget. The result was that living standards have decreased, life has become more expensive, and taxes can’t go down because France has to meet the Maastricht criteria. The upper half of French society is thriving – they have the right skills and right education for a globalised market. But there are real problems for the other half.

It is very striking to see how many older people are committed to the yellow-vest movement. These are people who are recently retired and have had the time to reflect on their own lives, the lives of their children and the futures of their grandchildren. They are now saying, ‘enough is enough’. They cannot accept that their children will have more difficult lives than their own.

The first yellow-vest demonstrations were a shock for the government and the mainstream media. No political party or trade union anticipated the movement. Three hundred thousand people were mobilised at short notice. Because the movement began on Facebook and wasn’t linked to any party, the protesters did not abide by the rules that say you have to declare where you are protesting in advance. Lots of people were just turning up in Paris or in their towns to say ‘here we are’.

spiked: Has France become more authoritarian in response to the gilets jaunes?

Husson: From early on, the government was really scared of the impact the movement could make. There was a huge amount of police violence. I have heard a great deal of testimony from people there saying that the police were the aggressors. There have been huge waves of violence.

The political situation is crazy. The two populist parties – left populists, Jean-Luc Mélenchon’s France Insoumise, and right populists, Marine Le Pen’s Rassemblement National – are much less authoritarian in their approach than Emmanual Macron’s ‘liberal’ government. There have been thousands of ‘preventative’ arrests. The government is trying to limit the right to demonstrate, passing laws against ‘hooligans’ that are targeted at the yellow vests. And it is introducing laws against ‘fake news’. Twitter banned the account of Didier Maisto, the president of Sud Radio, for supporting the gilets jaunes. It was obvious that this was agreed with the government. There was huge opposition and his account was eventually restored, but the government is trying to see what it can get away with.

The left-wing newspaper, Médiapart, is one of the few outlets in France fighting for the freedom to demonstrate and for free speech online, and the government has tried to intimidate them. A judge granted permission to the police to seize documents that would reveal the sources of Médiapart journalists. This is something that would never normally happen in France. The right of the media to protect its sources is integral to a free society. You can see the extent to which the rule of law is under threat. Macron is hugely authoritarian when he is being challenged.

On 1 December, there was a lot of violence on the Champs Elysees at the gilets jaunes protests. Yellow vests were joined by black blocs, other far-left groups and hooligans. But the police have been harsher with ordinary yellow vests than they have been with these vandals. Clearly, the government wanted to scare the voters with these images of destruction and violence. (Macron was himself really scared when his car was nearly attacked by protesters in a small town in the centre of France. It was after that he made major concessions to the movement, promising €13 billion in salary increases and public spending.)

spiked: What do you make of the claims that the protesters are far-right or racist?

Husson: It was in his New Year’s speech that Macron started insulting the yellow vests as a ‘hateful mob’ and as ‘anti-Semites’. A few days later, he started spreading the idea that the Russians or fake news were behind the yellow vests.

But the police reports on the movement make clear that at the beginning, neither the far right nor the far left were very active. You still don’t have many far-right activists in the gilets jaunes, there are more from the radical left, but their influence is limited, too.

spiked: Will Macron ever get a handle on the situation?

Husson: Having tried every tactic, from repression to smears, Macron then launched his ‘national debate’. He has spent the past few months speaking in a perpetual monologue to pre-selected audiences. There is a website that allows you to participate in the ‘debate’ but many of the yellow vests can’t afford a computer or a decent internet connection. These are people earning just €1,000 a month and are in serious debt. So there is a real distortion in that debate.

Clearly, Macron doesn’t know how to put a stop to the yellow vests. In fact, one unintended consequence of all the police violence is that it has actually strengthened the movement. Nobody can see a way out of the crisis for him. His only luck is that the opposition parties are weak. It will be very difficult for the Rassemblement National to actually take power. Laurent Wauquiez, the leader of the centre-right Républicains, has also been terrible at countering Macron. He could have asked for a parliamentary session every Saturday, which would require the government to explain itself, but he hasn’t done anything.

spiked: What commonalities are their between Brexit and the yellow vests?

Husson: There are many similarities in the social categories that voted to leave the EU in Britain and those who support the yellow vests in France. It is roughly the same half of society. David Goodhart’s distinction between the ‘anywheres’ and ‘somewheres’ is really valid here: the yellow vests are the French ‘somewheres’. And the verbal violence of the ‘anywheres’ towards the movement is very similar to what you hear from the hysterical Remainers in your country.

There is also a clear connection between those who voted against the EU Constitution in the 2005 referendum and the yellow vests. When Macron was in Britain in January 2018, he appeared on The Andrew Marr Show. Marr took Macron by surprise by asking how France would vote in a referendum on EU membership. Macron answered that the French would probably vote to leave. It was an extraordinary moment. He was avowing that he was ruling against the majority. So there is an extraordinary connection between the situation in France and in Britain.

I’m sure many Brexiters are despairing at the moment, but compared with the French parliament, your House of Commons is incredibly lively and free. We do not discuss Europe at all. I am not aware of any parliamentary debates – and there are not any planned – on whether France should ratify the treaty of Aachen that was recently signed by the French president and the German chancellor. It’s incredible. The Remainers should come to France if they want to see the real state of democracy and the rule of law in the European Union.