Keep kids out of the climate debate

Primary school children are being needlessly frightened about the future. 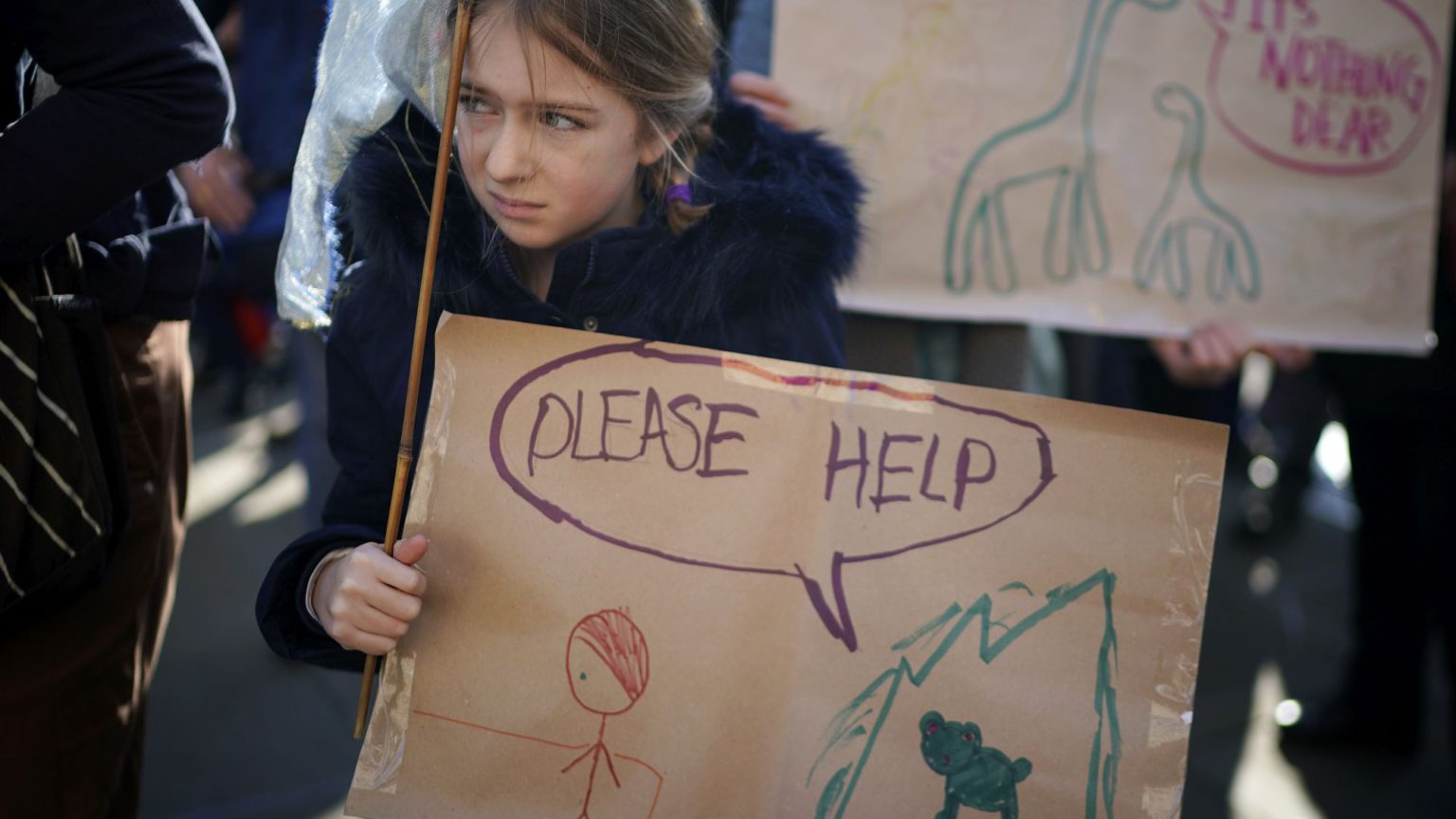 Last week, St John’s Catholic Primary School in Bebington, Wirral, tweeted a video of its schoolchildren staging a classroom protest against fracking. ‘Stop fracking’, chant the children in unison, sat around their desks, holding placards they made in class.

The tweet was one of many showing children drawing pictures of pollution and environmental damage. Twitter users accused the school of ‘indoctrination’. The video has since been deleted and the school has made its Twitter account private

Sadly, this kind of overt politicisation of the classroom is all too common today. Environmentalism has been a feature of education for the past two decades. In 2000, the National Curriculum was revised to make teaching sustainable development compulsory in geography, design and technology, science and citizenship. The National Curriculum Handbook for Teachers, published in 2004, stated that one of the aims of the curriculum was to secure children’s ‘commitment to sustainable development at a personal, local, national and global level’.

A huge chunk of the education system is thus geared towards teaching children that our current society is unsustainable and that fossil fuels are destroying the planet. It is little wonder, then, that well-meaning teachers are encouraging their pupils to ‘show their commitment’ to environmental causes through classroom demos. But we shouldn’t let the strangeness of all this escape us.

Most political movements aim to persuade adults to their cause. But as very few adults have been convinced to make the sacrifices demanded by environmentalists, children have instead become the focus of green campaigning. Children instinctively trust the adults around them and accept that what they are taught by teachers is true. But environmental campaigns often go further than simply informing future generations about the climate. Many initiatives urge children to use emotional pressure to change their parents’ behaviour. One example is ‘Climate Cops’, run by the energy firm npower: school pupils are given police-officer-style notebooks so that they can ‘book’ themselves, friends or family members who are caught wasting energy or performing other ‘climate-unfriendly’ actions.

The previous chairman of the Intergovernmental Panel on Climate Change (IPCC), Rajendra Pachauri, has often argued that greens should focus on children. In an interview on Al Jazeera, he said that children should be used to ‘shame adults into taking the right steps’. Pachauri’s ideas are echoed in UNICEF’s manual on climate-change education, which aims to help children become ‘agents of change’.

Last month, when thousands of children in the UK went on an officially sanctioned ‘strike’ to protest climate change, it was clear from the placards, chants and news vox pops that many children today are frightened and upset about the prospect of a burning planet. Some protesting children even said that education was a waste of time because climate change would soon render the world uninhabitable. The kind of doom-mongering these children are subjected to in the classroom may be useful for environmentalists, but it is giving our kids sleepless nights.

Children today have no reason to fear the future. Quality of life has improved substantially over recent decades across the globe, and it will likely continue to do so. Schools should be helping young children to learn and have fun, instead of scaring them stiff.

Sandy Moor is a writer.