In defence of Martina Navratilova

Trans activists are carrying on like a religious sect. 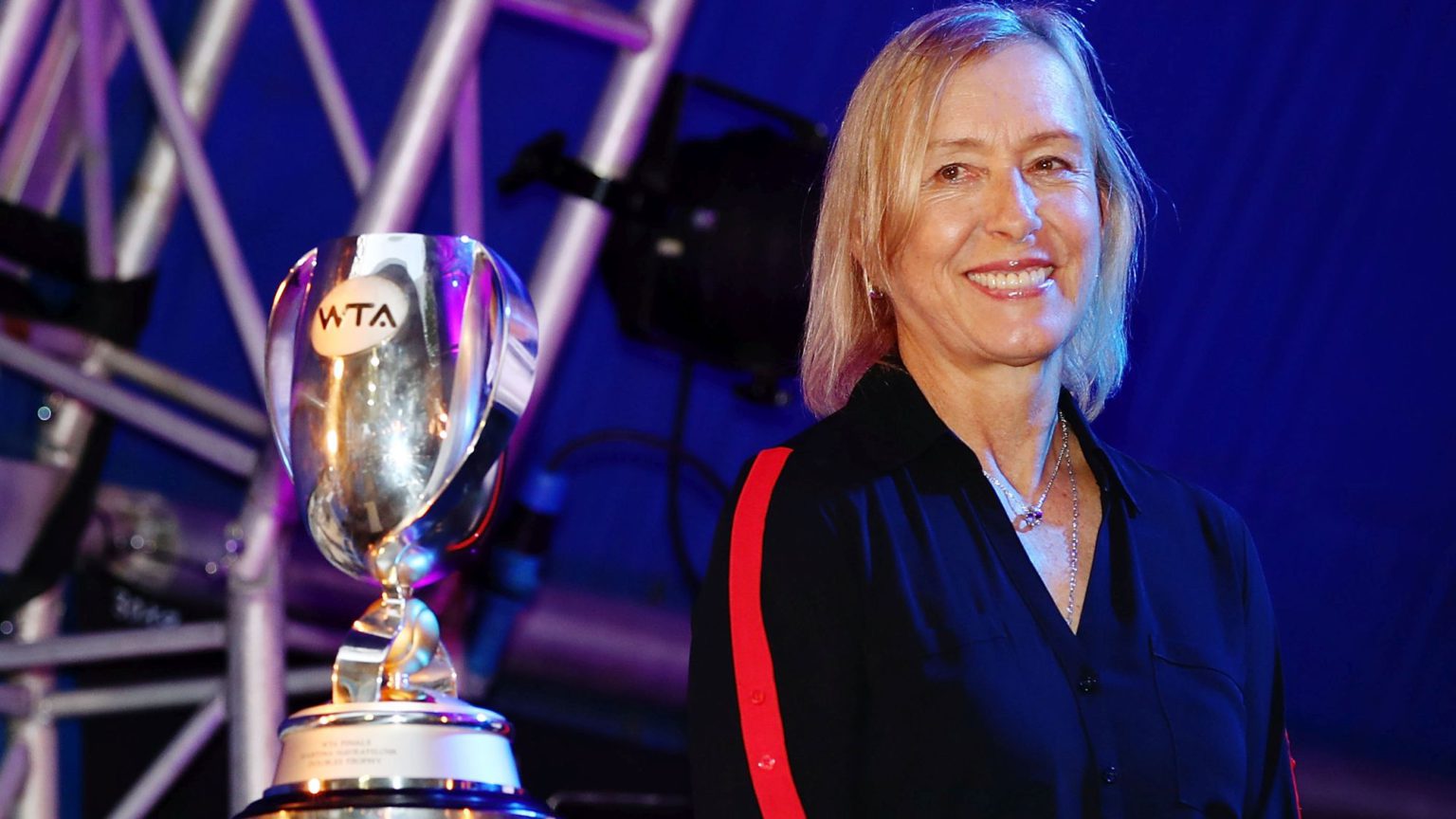 To see how unpleasant and unhinged the row over transgenderism has become, look no further than the treatment of Martina Navratilova. For arguing that it is unfair for trans-women to compete in women’s sport, she has been dropped as an ambassador by LGBT sports organisation Athlete Ally and publicly vilified on social media.

Navratilova’s comments began with a tweet: ‘You can’t just proclaim yourself a female and be able to compete against women. There must be some standards, and having a penis and competing as a woman would not fit that standard.’ After what she called an ‘onslaught’ online, Navratilova expanded her arguments in an article for The Sunday Times, writing that allowing transgender women to compete in women’s sport is ‘insane and it’s cheating’. ‘I am happy to address a transgender woman in whatever form she prefers’, she wrote, ‘but I would not be happy to compete against her. It would not be fair.’

Navratilova was originally responding to the case of Rachel McKinnon, a trans cyclist who won the Masters Track cycling world championship in Los Angeles last year, causing some controversy. Third-place winner Jen Wagner-Assali claimed that the race was ‘not fair’, though she later retracted her comment.

Unsurprisingly, McKinnon is among those who took most issue with Navratilova’s comments. A vocal advocate for trans rights, McKinnon told the Guardian that Navratilova ‘trades on age-old stereotypes and stigma against trans-women’ and that her article was ‘disturbing, upsetting, and deeply transphobic’.

The shunning of Navratilova is pretty surprising – not least because she has been heralded as a champion of gay rights and women’s rights for much of her career. She was outed in 1981, when the New York Daily News published an interview revealing that she was in a relationship with another woman (she had asked the journalist not to publish the article until she was ready). In the 1990s, she took part in legal campaigns to get sexual orientation recognised as a protected class. And in the 2000s she was awarded the National Equality Award by the Human Rights Campaign.

At a time when sexism was an accepted part of life, Navratilova won Grand Slams and arguably put women’s tennis on the map. For many, she is a heroine for diversity and equality in sport. But none of that matters in today’s political climate, in which voicing disagreement about transgenderism means you are labelled a bigot, no matter how measured you make your argument.

It seems to me (and many others) that the questions she raised are eminently sensible. Why would we bother dividing sport into gendered categories if we didn’t appreciate that men’s and women’s bodies are different?

Where Navratilova comes a little unstuck is in her comparison of the McKinnon situation with that of Renée Richards, her former coach who competed as a woman after undergoing sex-reassignment surgery. Navratilova said she had no objection competing with Richards. She explains this with a rather confusing distinction between transgender and transexual athletes. Apparently her only concern is with those who just ‘change their name and take hormones’.

Some have compared the treatment of people like McKinnon with the case of Caster Semenya, the 800m champion who might be forced to take hormones to suppress her naturally high levels of testosterone. The treatment of Semenya has been cruel and prejudiced, but it is different to the issue that Navratilova raises. How is it fair for a sporting world obsessed with natural talent and fairness (see the neverending doping scandal) to allow the suppression of someone’s natural (if unusual) bodily ability, while at the same time giving the green light to those whose chosen gender identity gives them a competitive advantage?

These difficult questions show how complicated the trans debate is – which is why it is so disheartening to hear McKinnon and others crying bigotry every time anyone voices an opposing opinion. When asked to go on a BBC radio show with a trans-critical feminist, McKinnon refused, tweeting that it would be like ‘asking an astronaut to “debate” flat-Earthers’. This is phenomenally arrogant. Trans activists seem to believe that their political views are above critique and discussion.

The backlash to Navratilova shows us how ingrained and dangerous identity politics has become. In labelling people like Navratilova a bigot, identitarians refuse context and history, brushing away the fact that she, as a lesbian women’s tennis champion, might have some experience which is relevant to the debate. But like members of a religious cult, these people are allergic to nuance and criticism. They strike down any non-believer who dares to ask questions.

This creates deeper divisions and greater problems for those of us who want to live in a society which allows people to be free in their personal choices. Until trans activists drop their dogmatic hostility towards freedom of speech and debate, this vicious battle over gender identity will just get worse.