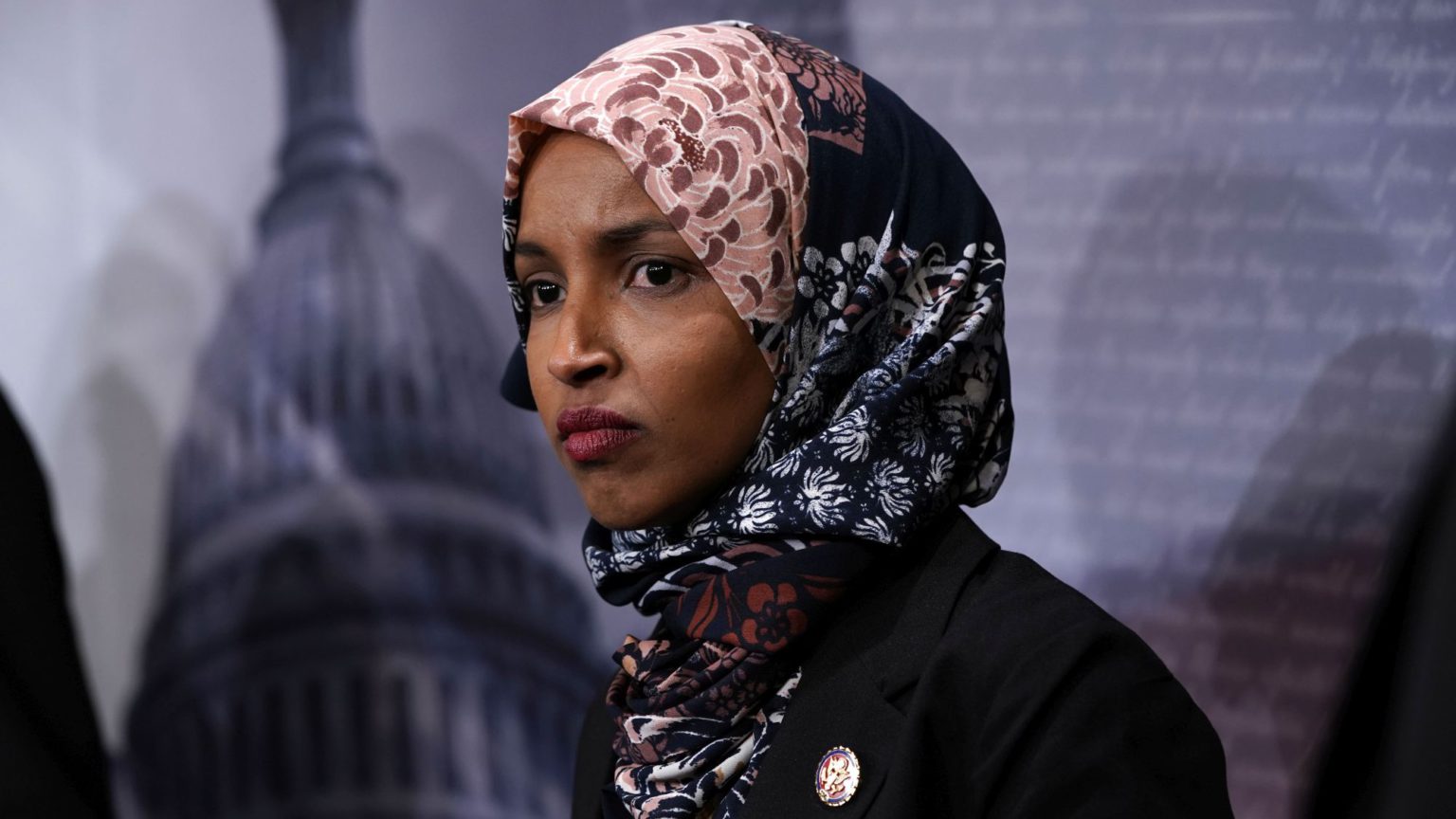 Why identity politics has been so bad for Jews

Anti-Semitism is now fuelled by an identitarian view of Jews as hyper-white and privileged.

It is difficult to know what to make of anti-Semitism in the 21st century. Survey after survey indicates that it is on the rise, particularly in France and Germany. This trend is even noticeable in societies – like Denmark and Sweden – that were historically relatively immune to the influence of anti-Semitism. Yet, though anti-Semitism is constantly in the news, it is difficult to encounter anyone who is prepared publicly to acknowledge their dislike or hatred of Jews.

Take the case of Ilhan Omar, the first ever Somali-American to serve in the US Congress, and a Muslim. In 2012, she tweeted that Israel had ‘hypnotised’ the world. Many interpreted this remark as a contemporary expression of an age-old anti-Semitic motif. Omar appeared to recognise this: she later disavowed the tweet. She acknowledged on Twitter that it was an ‘anti-Semitic trope I unknowingly used, which is unfortunate and offensive’. Yet last month she was at it once more. Again on Twitter she suggested that the reason Congress tended to support Israel is because it had been bought by the American Israel Public Affairs Committee.

Omar apologised in the face of public criticism. Like numerous public figures who make such comments – on the left and on the right – she insists she is not anti-Semitic. The way in which this dredging up of old conspiracy theories – about Jewish finance controlling the American political establishment – is dismissed by many as an innocent criticism of pro-Israel lobbyists is remarkable.

There is a spiral of silence surrounding anti-Semitism today. Statements signalling negative views towards Jews are almost always coupled with the phrase, ‘I am not anti-Semitic’. In my personal experience, anti-Semitic sentiments are usually conveyed with a wink and a nod. For example, recently I was having a drink with a well-known English public figure after a panel discussion. Suddenly, he got animated by ‘those people who work at Goldman Sachs’. When I pretended not to understand and asked, ‘What do you mean by those people’, he looked away in embarrassment. His reaction spoke to a growing phenomenon – the anti-Semitism of bad faith.

People display bad faith when they feel reluctant to express views that go against the dominant consensus. Rather than challenge values that go against their own inclinations, their focus is always on avoiding being held to account. They self-censor or rely on euphemisms.

The anti-Semitism of bad faith arose after the experience of the Holocaust. As the horrific consequences of the Nazi’s attempt to annihilate the Jewish people became all too evident, it became increasingly difficult for those holding anti-Semitic views to express them in a confident and enthusiastic manner. In the decades that followed, but especially since the late 1970s, the Holocaust emerged as a unique symbol of evil, which made it even more difficult for those holding anti-Jewish prejudices openly to voice their suspicions and hatred of Jews.

Not all anti-Semites self-censor. Sections of Muslim migrant communities in the West have no inhibitions about openly denouncing Jews. There are also some old-school, unsophisticated anti-Semites, who grew up on a diet of traditional anti-Jewish conspiracy theories and who are often unguarded when it comes to expressing their feelings. However, until recently even this group was reluctant to be too direct in voicing its views on Jews. When forced to account for their sentiments, they often retreated and half apologetically declared that they are ‘not anti-Semites’.

Since the turn of the century, however, the ‘never again’ consensus around the Holocaust in the West has lost its capacity to confine anti-Semitism to the margins of society. The rise of hostility towards Jews recorded by recent surveys is in part due to the fact that old-school anti-Semites are today less apologetic and less defensive about stating their opinions than they were in the past. At the same time, a significant minority of the Muslim diaspora in the West has become far less circumspect about distinguishing their hostility towards Israel from their attitudes towards Jewish people.

What’s more, influential individuals in culture, politics and higher education have fostered a climate in which some of the old inhibitions around expressing anti-Jewish sentiments have diminished.

The politicisation of identity and anti-Semitism

In recent years the Jewish identity seems to have lost its moral authority among many people. The post-Holocaust victim status of Jews has been revised — they are now portrayed as powerful, privileged and the aggressor. And in a world in which identity is politicised, and the identity of the victim trumps all others, the loss of the Jews’ victim status has had significant consequences.

Identity politics did not set out to promote anti-Semitism. However, it has helped create a cultural and political climate in which Jewishness is increasingly perceived in negative terms – as a negative identity. Discussions about identity politics often overlook the fact that its validation of some identities is paralleled by its devaluation of others. The identities that are devalued often acquire negative connotations and lose the cultural validation they previously enjoyed.

Jewish identity may well become what the sociologist Erving Goffman, in his classic study Stigma, characterised as a ‘spoiled identity’. A spoiled identity is one that lacks any redeeming moral qualities. It is an identity that invites stigma and scorn. Recent campaigns against the age-old Jewish practice of male circumcision communicates the idea that these people are perpetuating a barbaric custom. In a similar vein, attempts to ban kosher meat in parts of Europe signal an air of condescension towards the supposedly inhumane practices of Jewish people.

What’s more, attempts by American and other Western Jews to ally themselves with other identity groups are often ignored and rebuffed. At this year’s Women’s March in Washington, DC, many Jewish women felt marginalised and were made to feel as if they were uninvited guests at someone else’s event.

In an age in which white privilege is depicted as a cultural crime, Jews are often represented as a unique, hyper-white community who have far more privileges to check than others. Often this reaction against ‘Jewish privilege’ meshes with hostility to Israel to produce a unique 21st-century species of anti-Semitism. This is why even though victims are routinely celebrated today, the oppression of Jews and the experience of the Holocaust do not provide contemporary Jews with legitimate claims to victimhood. Indeed, the Holocaust is often turned against the Jews, with Israel depicted as the heir to Nazi Germany.

The politicisation of identity is not confined to campuses or to groups promoting their own personal lifestyles. Given the support identity politics enjoys among the cultural elites, it exercises a powerful influence over wider society. Unsurprisingly, this has also influenced young Muslims living in the West, who have adopted many of the attitudes of their non-Muslim identitarian counterparts. This is why someone like Ilhan Omar feels it is okay denounce what she sees as the Jewish financial control of the US Congress. She knows that her statement is in line with the outlook that dominates Western identity politics.

The return of bigotry through the sanitised medium of identity politics is key to understanding the rise of contemporary anti-Semitism. Today, identity politics works to devalue the moral status of Jews. At the same time, through its influence in wider culture, it gives a green light to old-school anti-Semites to voice their hitherto self-censored sentiments. It is likely that the spiral of silence surrounding the Jewish Question will soon give way to a more open and aggressive tone.