Tariffs are a distraction

It isn’t trade that drives growth and prosperity. 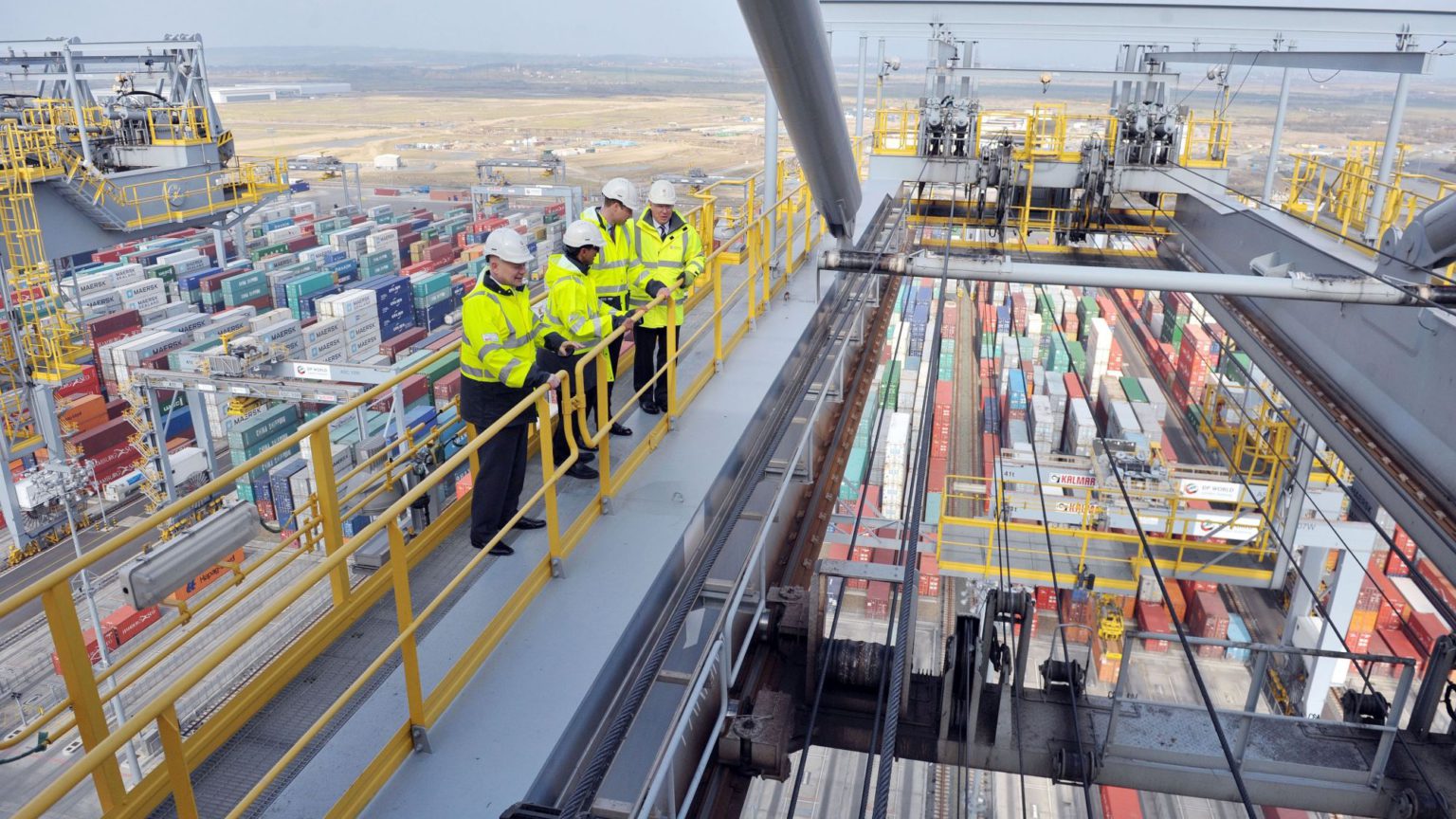 An odd feature of the Brexit saga is that so many people have become preoccupied with the supposed economic effects of trade. Recently the particular focus has been the impact of tariffs. Tariff levels are being hotly debated, both in terms of what level is desirable and what level will be possible in a post-Brexit Britain.Three years ago, talk about trade agreements, tariff levels and quota restrictions would mostly have raised mild bemusement, or more likely a yawn. Now we have trade ‘experts’ popping up all over the place with firm views on the form and significance of trading arrangements.

This week, for instance, Liam Fox, the trade secretary, was widely mocked for suggesting reducing tariffs to zero on goods coming from EU countries in the event of a No Deal Brexit. Brexit-fearing critics claimed this could be in breach of the World Trade Organisation’s (WTO) fundamental Most Favoured Nation (MFN) rule. This is the principle that the lowest tariff levels imposed on any ‘favoured’ country have to be applied to all other countries. It is a little ironic that anti-Brexiters are now appealing to the same WTO umbrella that they had previously associated derisorily with Britain ‘crashing out’ of Europe. They have been telling us for months that it would be ‘catastrophic’ if Britain fell off a cliff to trade under WTO terms.

In response, others have been pointing to Article 24 of the General Agreement on Tariffs and Trade (GATT), which allows the establishment of free-trade agreements and customs unions that would otherwise be in breach of the MFN rule. This Article also specifies that two trading entities can set low, potentially zero, tariff levels between them for a reasonable interim period while they negotiate a full free-trade agreement. It would be churlish, and anti-liberal, for the EU to withhold such agreement to maintain zero-for-zero tariffs after Brexit, not least as the political declaration drafted between the UK and the EU pledges to secure a ‘wide-ranging’ free-trade agreement.

Stepping back from the technicalities, it is clear that this whole discussion about trade and tariffs is further confirmation that popular wisdom is generally well founded. People’s earlier equanimity on trade matters is actually sensible in material terms. The conventional ‘informed’ view that has been prominent during the past three years attributes far too much significance to trade, tariffs and trading arrangements. The recent focus on them derives much more from people pursuing political agendas through technical and economic arguments than it does from a balanced appreciation of trade’s real bearing on modern economic life.

Trade is not a fundamental driver of economic growth and prosperity, as is so often claimed. A country’s economic dynamic is predominantly homegrown, and expresses the condition of domestic production. Our economic future is determined not by trade levels, but by how we act or don’t act at home to transform the economic fundamentals – in particular, how we remove barriers to business investment and encourage more technological change and innovation across the economy.

Trading success reflects the international competitiveness that derives from the relative productivity in the making of goods and services. It is not, as many seem to be suggesting, the other way around. Strong businesses export more, and have often secured favourable import terms for some of their supplies. Feeble zombie businesses are usually unable to do either.

Trade policy is also much less important for a country’s economic health than measures its government takes to boost, or undermine, domestic productivity. A post-Brexit Britain could pursue the most progressive, liberalising trade agreements in history, but that alone wouldn’t fix our anaemic economy. It could, though, help to remove the protectionist support for frail businesses provided by Single Market membership. In fact, that is one of the most important economic reasons to oppose all forms of protectionism. Leaving the EU could be a helpful catalyst for shaking up Britain’s congested economy. But weak firms will not be automatically transformed for the better simply because the government has negotiated a set of trade arrangements.

Similarly, the role of the WTO in fostering economic growth is over-egged. Not one new multilateral trade liberalisation agreement has been implemented since its formation in 1995. Moreover, its rules are not absolute.

Unlike the EU Single Market, the WTO is not a pseudo-sovereign body that overrides national sovereignty. Its 164 member states have joined it voluntarily, and can leave it. The members tend to interpret and stretch its rules in ways that favour their national interests. This is why the most active part of the WTO is its disputes-settlement mechanism. In its time, over 500 trade disputes have been referred to it, and 350 rulings issued.

From the 19th century to the first half of the 20th century, tariffs were the weapon of choice for fulfilling politicians’ protectionist agendas. That changed after the Second World War. This reflected the accepted, conciliatory narrative that blamed the conflagration on an escalation that began with the use of discriminatory trade policies, primarily through tariffs. The aftermath of the war was easier to handle by emphasising flawed prewar economic policies that could potentially be better policed in future. That’s why the GATT’s core principle from 1947 was the MFN non-discrimination principle, whereby trade concessions granted to one member state were to be applied to all others.

However, no international agreement could put an end to national protectionist pressures. The GATT/WTO set-up simply managed them. Inadvertently, the antipathy to tariffs encouraged protectionism to take non-tariff forms. So-called non-tariff barriers, or technical barriers to trade, have proliferated, especially during the West’s long economic slowdown, starting in the 1970s. These include national product, health, safety and environmental regulation, intellectual property laws, state subsidies and public-procurement policies. One of the reasons many liberal internationalists are still obsessed with tariffs today is that it gives some intellectual freedom for their governments to engage in these other murkier forms of protectionism.

In recent decades, therefore, tariffs have not been that important to the economics of international trade, even for established protectionists like the EU. Its average tariffs are about 4.6 per cent. On a weighted basis, tariffs for non-agricultural products fall to about 2.5 per cent. These levels are so low that fluctuating currency exchange rates, which business is already familiar with, can easily swamp tariff price effects.

Some EU tariffs are much higher because of the protectionism inherent in EU structures. Car tariffs, for example, are 10 per cent in order to protect German and other continental producers. Tariffs on agricultural goods are also generally very high, rising to over 30 per cent for some meat products. These support French and other EU farmers, reflecting the protectionism intrinsic to the Common Agricultural Policy.

It is striking that most British liberals who have been getting very agitated about the possible impact of high tariffs were rarely heard protesting previously about these protectionist EU policies. Also, in pursuit of Project Fear Mark Two, many find themselves arguing two contrary positions. They oscillate between whipping up fears that imposing these tariffs on imports from the EU will push up consumer prices, while not imposing them will ruin British farmers and car producers. It is not surprising, though, that such inconsistencies flow from a fallacious use of trade and tariffs as contrived weapons in the Brexit war.

For those of you who are genuinely interested in what could make up a sensible future trade arrangement, have a look at the UK-EU free-trade agreement launched on 6 February. It was prepared by a group of genuine trade experts, led by the erudite Shanker Singham, the head of Competere.