Chekhov in the penal colony

Anton Chekhov's Sakhalin Island provides a vivid account of the Tsarist colonies that inspired the Gulag. 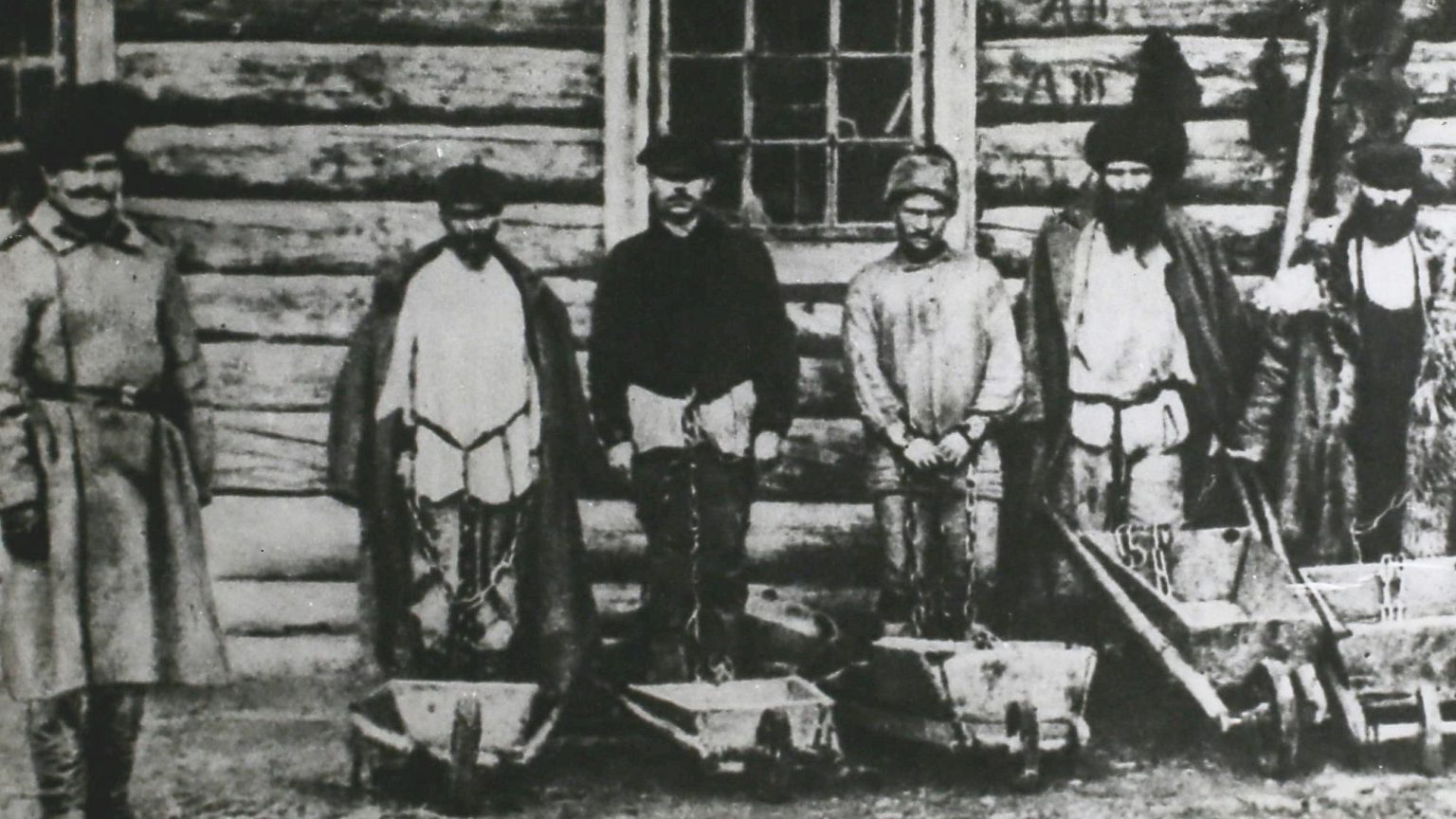 In 1889, doctor and writer Anton Chekhov (1860-1904) baffled acquaintances by announcing he was going to travel across the Russian Empire to visit a forlorn settlement on the fringes of civilisation. Chekhov was talking about Sakhalin, the largest of Russia’s islands on its north-east coast, situated between the Kamchatka Peninsula in the north and the Japanese archipelago in the south. It was a place infamous for its isolation, poverty and backwardness.

At this time, the Russian government was shoring up its claim to Pacific territories by actively engaging in the process of colonisation. The idea was to convert exiles, prisoners and ex-prisoners into a stable Russian population, resident in a region that had formerly been inhabited only by nomadic indigenous tribes (Ainu, Orok, Gilyak and Nivkh), who had little comprehension of the distant St Petersburg monarchy. Russia would use its unwilling colonists, overseen by soldiers and administrators, to form an undeniable demographic basis to her claim over Sakhalin Island. (There is more than a touch of Kafka’s In the Penal Colony about these moribund distant outposts, staffed by administrators who were half zealous and half pessimistic.)

Chekhov, in a letter written before he left, suggested that the process of colonisation was inhumane and impractical, with former prisoners facing such long and difficult journeys home after their sentences were served. He suspected that the authorities relied on poverty and inertia to keep inhabitants in the colonies. Significantly, Chekhov thought the system degrading not just for the exiled, but also for society as a whole, as the system allowed Russians to abnegate the duty to inquire about the causes of crime and investigate effective means of rehabilitation. The colonisation plan made even Russian reformers complicit in a process that degraded both the governed and the governing.

Chekhov was to undertake one of the longest and most arduous journeys in the Russian Empire on the off-chance he could write 100 or 200 pages of a report that would likely not be welcomed by the public, intelligentsia or officials. That was, if he could even get it published. Even more strikingly, Chekhov was suffering from tuberculosis, and knew that strenuous travel in damp, unsanitary conditions could severely impair his health. But he still decided to go. The precise priorities for his journey remain a matter for debate. The journey to get there was gruelling, lasting weeks, involving stagecoaches, boats and ferries, travelling through featureless steppe. The roads were terrible, the ferrymen tough but unreliable, the weather changeable, the food – despite the abundance of game – unsatisfying.

This book consists of a series of tales documenting his travel to the island, and a long report discussing all aspects of life on the island. Chekhov’s accounts are informed and judicious, always allowing subjects to give their testimony. The reissued edition by Alma Books includes extensive detailed chronology, textual notes and letters from Chekhov, written during his travels. Much of the information for his account comes from first-hand research.

During his three-month stay on the island, Chekhov conducted a personal census of inhabitants – a thankless and exhausting task as many of the people did not know (or want to share) their real names. Many could not remember their ages, when they came to the island or their home provinces. He spoke to every non-indigenous inhabitant of the island, some 10,000. He would fill in forms in dim one-room shacks, often with no furniture, with deferential peasants addressing him as ‘Your Excellency’.

The island’s few hospitals were crude, with equipment broken and staff slovenly; prison doctors had no medicine. The prisons were filthy and convicts lived in chaotic shared cells. Separating lifetime prisoners from their families was impractical, and it would have been too costly to place families inside prisons. The Tsarist system of distant prison colonies, with convicts working hard labour to tame a hostile environment (as described in Sakhalin Island), was the origin of the infamous gulags of the USSR. When the Communist Party needed to dispose of criminals and anti-revolutionaries, they used the pre-existing system of penal colonies dotted around Siberia that had been established by previous Tsarist governments. Many of the leaders of the Russian Revolution drew up their plans while in Siberian prison camps, sentenced by Tsarist authorities.

On Sakhalin Island, free-status peasants were given small areas of land by the authorities and lived at subsistence level, few having animals and most living on a diet of potatoes and meagre government rations. Tree trunks were hauled by lashing convicts to the wood and driving them like animals over eight kilometres. There was no investment in developing land, agricultural practice or machinery. Malnutrition-related conditions (including scurvy) and starvation were common. The principle income (and food) sources were farming, fishing, berry-gathering, hunting and whaling. One of the few chances to earn extra income was by engaging in the illegal distilling of vodka. Chekhov noted that the one heavy industry on the island – coal mining – was run no better or worse than such concerns in other regions of the Empire.

Chekhov is commendably restrained in his descriptions of the utmost filth and lack of hygiene in prisons and private residences. ‘To order a convict not to bring in mud and manure on his boots, not to spit on the floor and not to spread bugs, is a sheer impossibility.’ Many houses were barely habitable and unfinished buildings were common, with residents having to build their own homes with rudimentary tools. The walls of prison cells were black with mildew. Chekhov noted that the yurts of the aboriginal peoples were much more sanitary.

The lives of the Ainu and Gilyak indigenous people are discussed at length, with Chekhov acting as ethnographer. He commented on the passivity and even temperament of the natives. He noted the sharp decline of indigenous populations, due to illnesses and low birth rates, commenting that the peoples were heading towards extinction – a direction that subsequent history has not reversed. He writes without false compassion, displaying his famous neutrality.

Chekhov describes the rainy, chilly and damp climate on the island. In one year, there were eight days of sunshine during a whole summer. In some northernmost areas there was permafrost. Sakhalin Island is located on the edge of the growing area for hardy annual crops, reducing the viability of crop cultivation.

There was a great turnover of population, as officials were relieved of their postings, free men sought to return to their provinces and peasants in exile sought more comfortable locations within Siberia. No civil society was formed. The population was a mass of disconnected individual households from different locations only united in their dislike for their temporary residence.

There was a chronic shortage of women, making the colonial enterprise one that depended on imported populations rather than self-sustaining ones. Women formed about 14 per cent of the population, most arriving as either convicts or as wives (or daughters) of convicts or officials. Traditionally, as soon as a female convict had served her term she moved from the prison to the brothel. Even many free-status women (married, cohabiting or single) had no alternative but prostitution (‘impeded neither by age nor by deformity, nor even by tertiary syphilis’). Men, unable to find a suitable wife, would leave for the mainland never to return. Families of ex-convicts attempted to move away as soon as the head of the household was free to travel. This led them to abandon their smallholder farms. Thus there was also little incentive to cultivate land or establish a business. It is little wonder why so few actually settled on the island.

Chekhov considered the Sakhalin system a failure. He did not blame the administrators directly for the faults of the colony – though he did not shrink from apportioning blame to the shoddy and negligent actions of the governors. But, above all, he recognised that Russia’s legal and colonial policies, which bred injustice and inefficiency, were the main problem. And thanks to Sakhalin Island, Chekhov gave Russians the opportunity to consider for themselves the nature and influence of their government’s colonisation policies. Part report, part journal, part economic analysis, part travel reportage, Sakhalin Island offers a unique view of a man facing the human consequences of legal and colonial systems that were deeply unjust and dysfunctional.

Sakhalin Island, by Anton Chekhov, is published by Alma Classics. (Buy this book from Amazon(UK).)