‘Removing your hijab can get you killed – even in the West’

Yasmine Mohammed on why she set up #NoHijabDay. 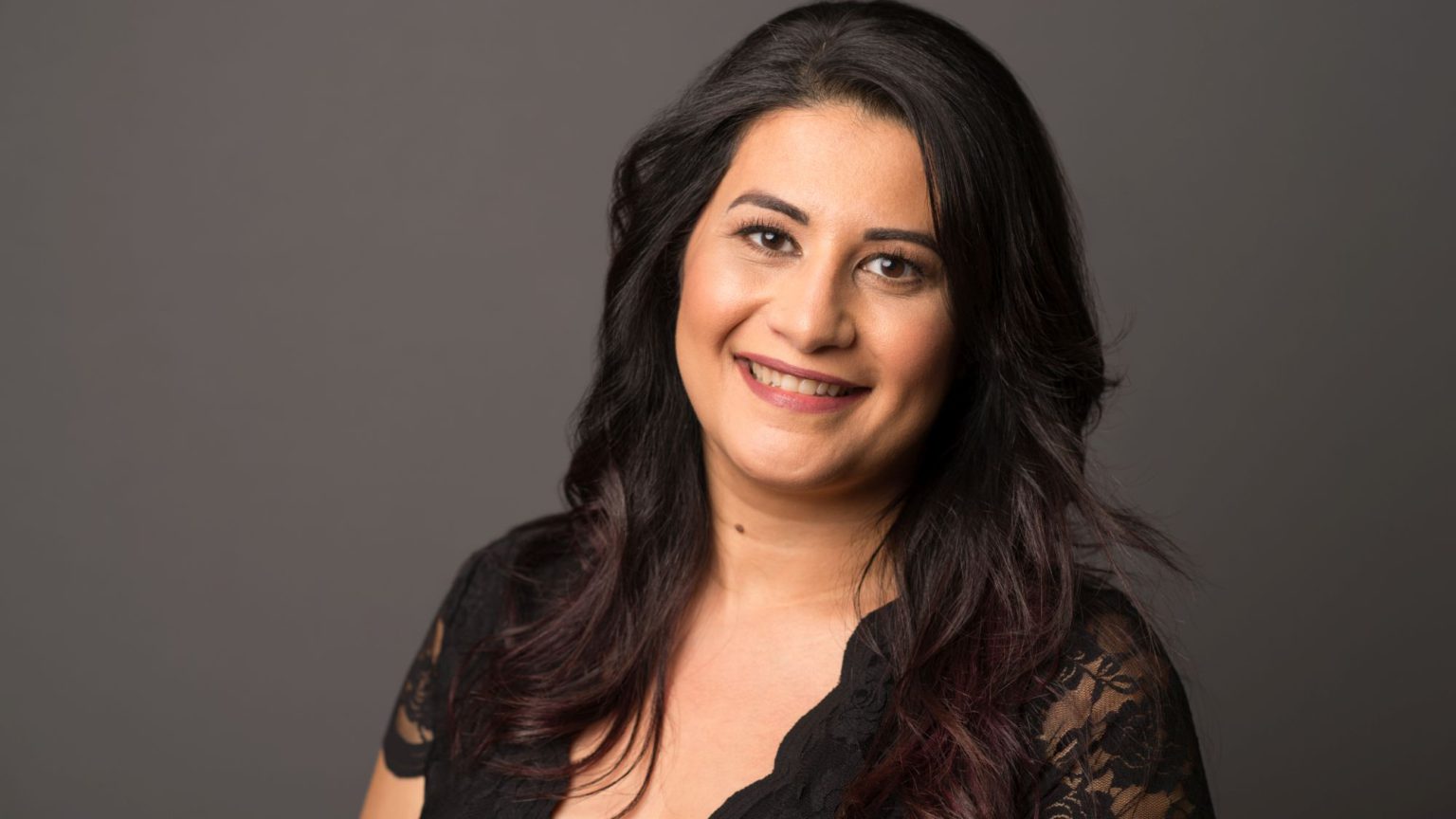 Today is World Hijab Day, a campaign supported by 145 countries around the globe, including Britain, the United States and Canada. Booths are set up in universities and government buildings to hand out hijabs for non-Muslims to wear for the day. Human-rights campaigner Yasmine Mohammed – who grew up in a fundamentalist Islamic family in Canada – started her own campaign in response, No Hijab Day, to celebrate the brave women who have defied scripture, censure and the state to remove the hijab. spiked caught up with her to discuss the hijab and the soft bigotry of multiculturalism.

spiked: How did No Hijab Day come about?

Yasmine Mohammed: Last year was the first year that I responded to World Hijab Day, which was set up by Islamists in the US. I posted a video of myself burning the hijab, in solidarity with the women in Iran, Saudi Arabia and all over the world who would like to remove this cloth from their heads. For many women in Muslim-majority countries, to do so could not only mean ostracism or abuse from your family and community, but also could mean being imprisoned or killed. This is not unheard of in Western countries, either. In Canada, there was a 16-year-old who was killed for removing her hijab.

There has also been some controversy around World Hijab Day. Last year, at the University of Central Florida, one student refused to wear the hijab. The Muslim student encouraging her to wear it was so offended by this that she started calling the other student an Islamophobe. She even wrote a letter and collected signatures to encourage the university to expel her.

World Hijab Day sets out to celebrate the hijab in countries like the US, Australia, Canada and the UK, where women already have the freedom to dress as they please, including to wear the hijab if they wish. There is no issue there. The real issue is when women are not allowed to wear what they want. That’s what we should be addressing.

I was blown away to see that when the date of this year’s World Hijab Day was announced, its hashtag was immediately overrun by women from Saudi Arabia, Iraq, Iran, Afghanistan, Turkey, you name it, opposing the campaign. World Hijab Day is promoting itself this year with the hashtag #FreeInHijab, so it has been very easy to counter that with #FreeFromHijab! Lots of women have been posting pictures of themselves – with their faces covered, of course, because they don’t want to be found out by their families – talking about how they have been forced to wear the hijab and how they would like to be free from it. There are also women who have already removed it, posting their last pictures of them in a hijab next to one of them today, talking about the price they had to pay for removing it.

It’s so brave of these women across the globe to be posting their selfies and sharing their stories. We need to celebrate them and cheer them on. I want those women to know that we support them in their fight for freedom.

spiked: Do women have a choice whether or not to wear the hijab?

Mohammed: It’s not much of a choice in my experience – and my experience is a very common one. Generally, when you are seven or eight years old, you start getting told, ‘Look at you, you’re getting older, you’re going to be wearing the hijab soon’. It was put on me at nine years old – that’s a typical age, sometimes it’s older, sometimes it’s younger. (There are all sorts of extremes – I have seen babies in diapers in the hijab and even toddlers in the niqab with their faces covered.)

I fought against it. I was also made to wear a long dress to my ankles. I could no longer ride a bike, climb monkey bars or go swimming because I couldn’t show any skin. All of a sudden, your childhood is just a dead end. You’re finished with being a child and now it’s time to be wrapped up in this clothing to protect you from all the men who are going to want to rape you – this is how it’s explained to you as a child.

As a child, you want to please your family, your community and, most of all, your god. You’re told that Allah is so proud of you, but if you don’t wear the hijab you’re going to burn in hell for all eternity. You’re also told that no man will want to marry you because you’ll be filthy and uncovered. The analogy people always use is of an uncovered candy that’s covered in bugs and dirt vs a wrapped-up candy that’s nice and clean, that people will want to eat. Certain things are also said colloquially, like, ‘You can’t trust her, she doesn’t wear a hijab’. There is this pervasive idea that those who wear it are better than those who don’t. And as a child you want to be a people pleaser, you want to be liked. You’re not so concerned about your womanhood, your individuality or your autonomy as a human being when you’re just a little kid.

As an adult, if you remove the hijab you might then suffer the wrath of what happened to Dina Tokio, a British model. She was famous for modelling in her hijab, but she decided recently that she didn’t want to wear it anymore. The amount of violent threats and disgusting messages she’s since received are indicative of the kind of abuse women face. She has a video on YouTube where she just sits there and reads all of the filth that’s being thrown in her direction – the video is an hour long, nothing but abuse. In many ways, she didn’t have it so bad because she’s in the UK. If she had removed her hijab in a Muslim-majority country, the response would have not just been verbal, but physical as well.

spiked: What do you make of the way the hijab has come to be celebrated – or at least shielded from criticism – by some in the West?

Mohammed: In the West, people are now using it as a political statement. In the US, it has become an anti-Trump symbol, which is why you see it everywhere at the liberal Women’s March. But there’s nothing liberal about religious modesty culture – it’s the opposite of women’s liberation and feminism. Trump has his Muslim ban so people who are against him want to throw it in his face. There’s nothing wrong with using it to protest Trump per se, but people should be honest about their intention. Instead, they try to portray the hijab as empowering and feminist, when it is the opposite.

spiked: Is multiculturalism – that is, refusing to judge or engage with other cultures – partly responsible for this misunderstanding?

Mohammed: Yes. There is good and bad and there is right and wrong. That doesn’t change depending on the geographical location that someone is born in. For instance, there are some cultures that iron young girls’ breasts to stop them growing because they don’t want them to get male attention. We can’t turn a blind eye to atrocities like that just because it’s part of somebody’s culture.

Similarly, if we were to talk about taking a young blonde, blue-eyed girl, holding her down and cutting up her clitoris with a razor, we would say absolutely the people who did that must be prosecuted. No discussion. But because it’s people with brown skin who are doing that, for the purposes of their culture or religion, it isn’t talked about in the same way. The fact that we cannot treat all human beings equally, but instead we judge an action based on the skin colour of the perpetrator, is basic racism.

It’s the same with all the grooming gangs across the UK – people don’t want to touch anything to do with Muslims or Islam, or people from Africa or Pakistan. And they end up not only being racist, but also actually supporting the oppressors who continue to mutilate or rape girls.

spiked: Rahaf Mohammed recently fled her oppressors in Saudi Arabia to come to Canada. Do you think she would be surprised by what she might encounter in the West?

Mohammed: Yes. For me, it’s a shock and a betrayal. People like me used to look up to the West. All the freedoms, liberal values and Enlightenment values – that’s what I would strive for my whole life. So when you find that the people you’ve been looking up to are supporting or turning a blind eye to the people who are oppressing you, it is really hard to deal with.

One reason I feel so strongly about this is that I was quite brutally abused as a child. When I went to seek help from one of my teachers, it then escalated to the police and child services. There was a month-long court case and in the end, the judge said, ‘You’re Arab and from a Muslim family, and if this is how they choose to discipline you, then that is their right because it is their culture. I’m in no place to judge.’ What I heard from him was that had I had the luck to have been born with German or Swedish heritage, then he would have protected me. In his earnest attempt to be culturally sensitive, he threw me back into a family that was already abusive – and now they were even more angry with me because I had tried to escape. So when I talk about these things, it’s from my own personal experience.