‘If Brexit is finished, then so is democracy’ 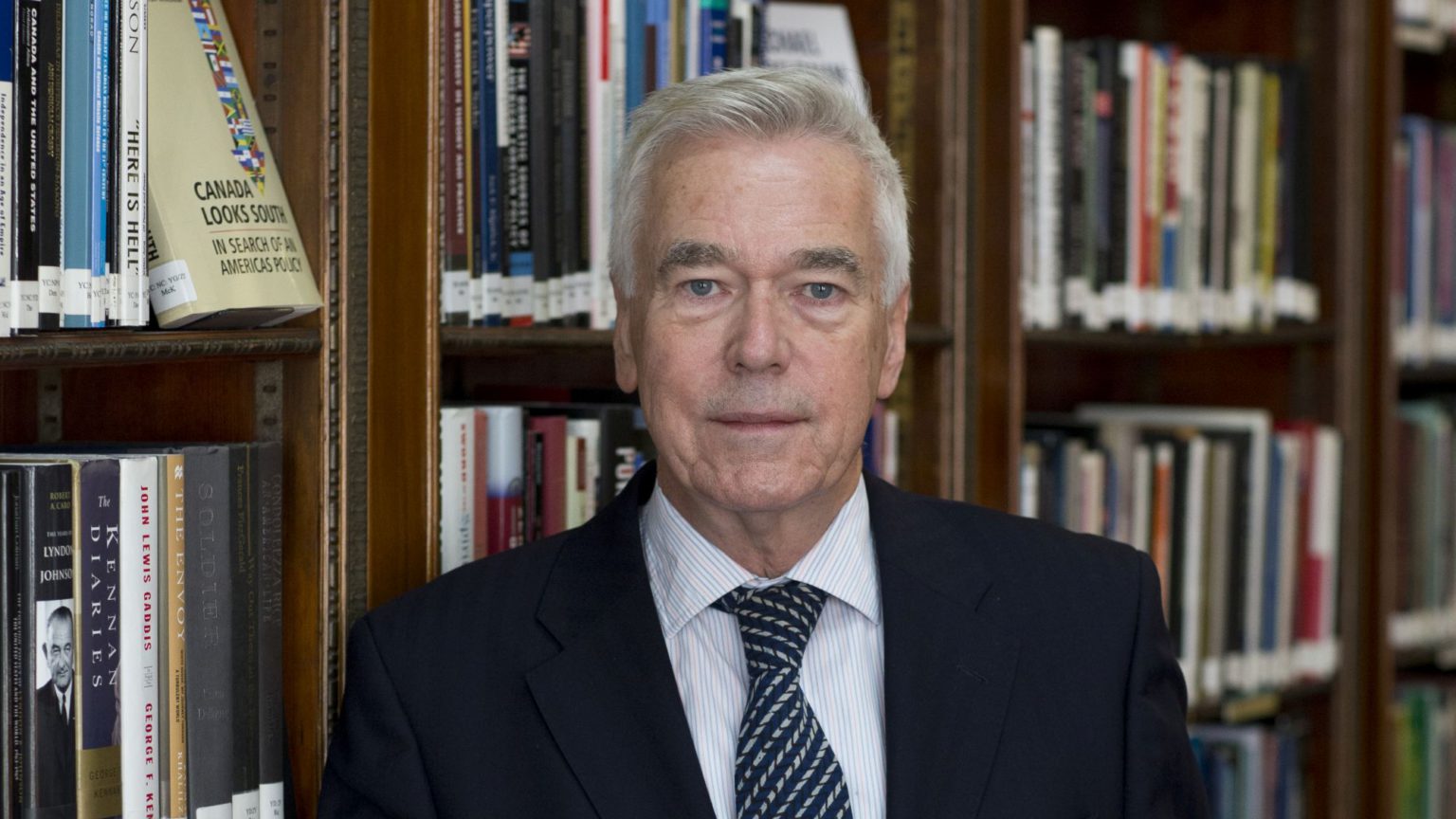 Theresa May’s Brexit deal has angered Leavers and Remainers alike. Far from repatriating powers to Britain, it would hand even more power over to the EU. spiked caught up with Robert Tombs, professor of French history at St John’s College, Cambridge, and author of The English and their History, to discuss the implications of the deal for sovereignty, democracy and the future of British politics.

spiked: What is your response to May’s deal?

Robert Tombs: May’s deal seems to mean the most extraordinary set of constitutional innovations. It would give, for an indefinite period, power over a large part of our economy and legislation not only to a foreign power but also to an unelected committee. The EU will have the power to decide upon and implement a whole load of laws and regulations. We will be required to accept them and we will have to pay for the pleasure.

I cannot think of any historical precedent for this – certainly not in any democratic country. It is astonishing that any government could for a moment consider this acceptable.

The deal settles nothing – it is the avoidance of a reasonable settlement, which stores up all sorts of political problems for Mrs May’s successors. Perhaps it won’t last long. But if it does, it would mean a serious political disruption – we would have to reboot or remodel the whole political system around it. It could lead to the breakup of the two parties and the emergence of unknown new forces – although spiked readers might not object to that part!

An ultra-optimist might say this is just a transitional period, and that the EU will give us a reasonable deal at the end of it. But we are putting ourselves in a position where we will have to depend on the goodwill of a body that hasn’t been conspicuous in goodwill since June 2016. The EU has openly said it wants to make life more difficult for us. It has pushed us far enough already. It has made demands that have been accepted by a weak government. I’m sure even the EU could not have expected this at the beginning of these negotiations.

What the EU is clearly and openly worried about is disunity among its members and the possibility of other countries following in our footsteps. We would be voluntarily putting ourselves under the control of people whose interest is to make sure that we are not seen to prosper after Brexit. It is so stupid, it is almost unbelievable.

spiked: How likely is it that the deal will pass?

Tombs: The whole thing looks more and more unpredictable. It could well be defeated by a large majority, particularly taking into account what people on both sides of the argument have said.

But quite a few Remainers are swinging round to back the government now, saying that this is a sensible compromise they could live with, that there has to be give and take. The government is also banking on a lot of people saying that they are fed up with Brexit now and will think ‘at least it is all over, there’s some sort of settlement, so let’s see how it goes’.

But what happens in the future if there is another Euro crisis? It is difficult to see the EU as a stable and politically acceptable structure even for its own members, let alone for a country like us, attached to it on the sidelines.

But after we’ve signed the deal, if the EU starts to make demands that the public finds unacceptable, they will be seen as illegitimate impositions. It is more than likely there will be a more radical Leave movement that says we have been cheated, that what we voted for was not given to us and look at all the damage that has been done as a result.

spiked: Remainers now say that May’s deal exposes Brexit as a fantasy, that leaving was impossible all along. What do you make of that argument?

Tombs: The government, as we now know, has not really been trying to leave the EU at all, but to stay in it. The clear demand of the Leave side during the referendum was that we should negotiate a free-trade treaty with the EU. This was on the table at the start of the negotiations. But the government didn’t go for that.

It is very tempting for Remainers to gloat and say the Brexiteers have been living in a fantasy land because what they asked for was impossible. But what we asked for has not been attempted.

The idea that it is not possible to leave the EU seems to be the most dangerous affront to democracy. They are saying not only that it was wrong for the public to vote to leave, but also that it cannot be done and therefore the democratic vote was meaningless.

Without being too alarmist, if this view prevails, it would be the end of democratic sovereignty in this country and throughout the EU. If it is simply impossible for Britain to assert its legal right to leave the EU, then no other member country can do so either. And that would be screwing down the lid on democracy.

The problem with the EU structure is that there is no legitimate way of expressing opposition. If we cannot leave, every country in the EU would be in a situation where they either have to go along with everything the EU does or try to bring down the whole thing, which a lot of people on the continent are now in favour of.

spiked: What do you make of the calls for a so-called People’s Vote?

Tombs: I can’t see it as anything other than a cynical attempt to manipulate the system. If you were really logical about this you would say that now we know Mrs May’s terms, we’re going to vote on them. But if the other option on the ballot is Remain and Remain wins, we’d have to negotiate our re-entry into the EU. And on what terms would that be?

Logically, those calling for a People’s Vote should say we should have another referendum on the new terms. Of course, not a single person on that side of the argument has suggested that. They are not sincere. It is just a way of overturning the original referendum result, it is not a way of trying to give people a say once they know the facts.

spiked: Do you think public opinion has changed since the Brexit vote?

Tombs: Opinion has not shifted much at all. Looking at the longer-term, according to the Eurobarometer polls, Britons have always been unenthusiastic about the European project and unwilling to give extra powers to the EU.

The Ashcroft polls, after the referendum, asked people why they voted. Fewer than one in 10 Remain voters said they had a strong attachment to the EU. Positive support for the EU is actually rather low in Britain.

The question for me is not how did Leave manage to inch past Remain, it is how did Remain manage to get such a high level of support. The answer to that is obviously because the government, the civil service and all its allies did everything it could muster. Foreign politicians and international organisations were all wheeled out to tell people that this was a disastrous idea.

I think if there were a second referendum, Leave would probably win it. Assuming the campaign was a reasonable one and the question was fair. But we can’t assume either of those things.

spiked: How can we now make Brexit a reality?

Tombs: The only sensible outcome is to leave on World Trade Organisation (WTO) terms. At the moment, the focus is on Tory MPs. We have to do all we can to persuade those wavering MPs not to vote for May’s deal.

All the propaganda from the beginning has said that leaving the EU – and particularly leaving the EU on WTO terms – would cause economic disaster. If we were heading towards a WTO exit, no doubt there would be some up and down on the pound (which is quite normal and not in itself a problem). But it is hard to see it as so disastrous that MPs would be willing to renege on the referendum result and their manifesto commitments to avoid that outcome.

The only real danger, in the short term, is that parliament votes for Mrs May’s deal, which would put us in an unprecedented situation, full of political and economic dangers.