Campus censors get the satire they deserve 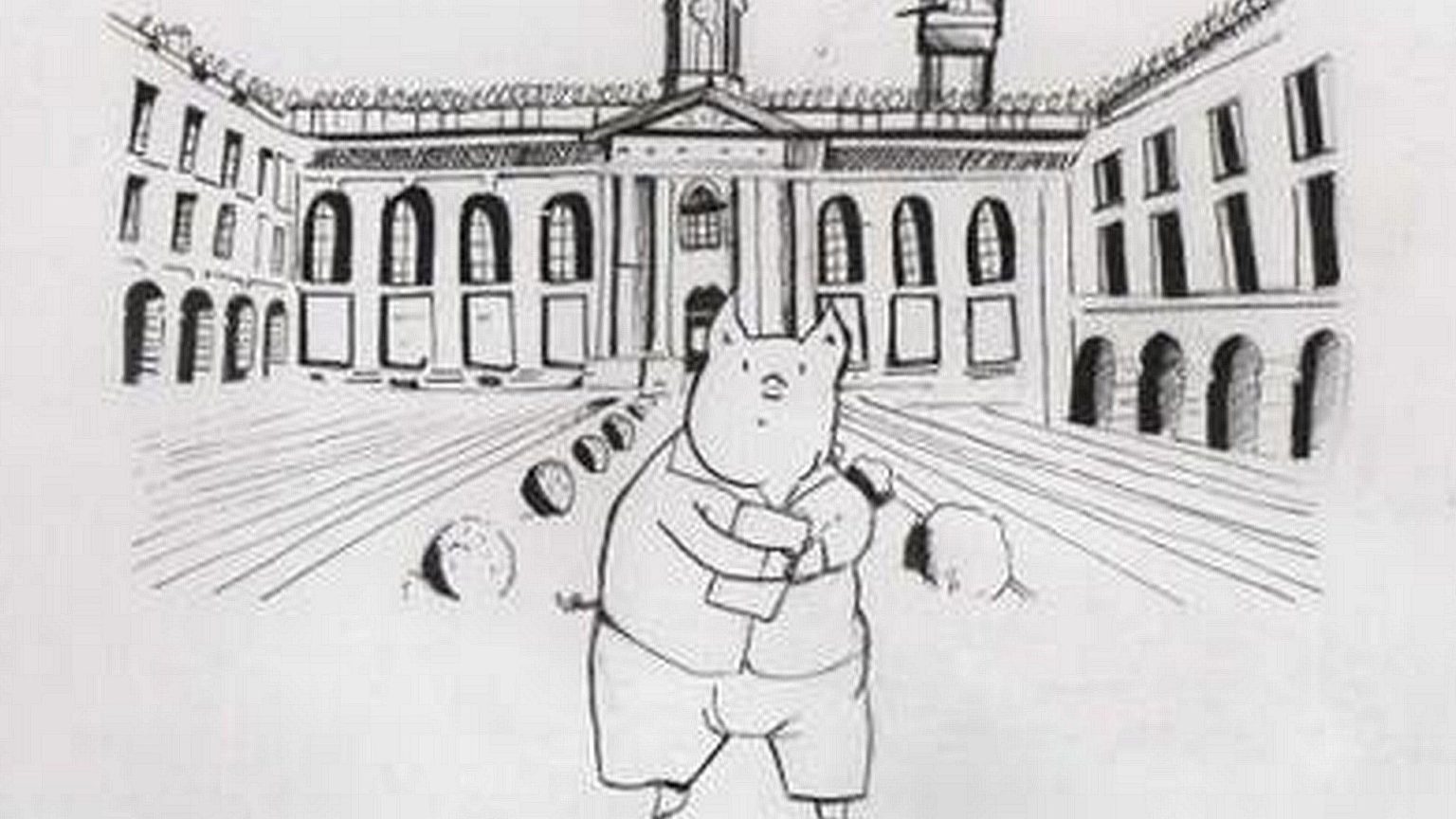 Piggy Goes To University, a new satirical book by Miriam and Ezra Elia, tells the tale of an average pig who leaves his home in the country to go to university. Little does he know what he will experience in a thoroughly modern university, dedicated to combating ‘specism’. As a pig, he is taught that his species’ dominance is the result of oppression through the maintenance of a ‘pigrearchy’. Shocked by the crimes of his ancestors, he embraces radical politics.

Piggy finds his university to be an organisation ostensibly devoted to the protection of the feelings of its multi-species students. But it actually manipulates their anxiety and anger to enforce brutalising domination of the student body. Loneliness, social awkwardness and the drive to find a peer group motivates students to engage in behaviour that initially seems anti-social and violent, but is given express approval by the authorities. In that respect, and others, Piggy Goes To University is an accurate satire of the modern campus.

Piggy joins in the ‘non-violent violent actions’ of a student-activist group, dedicated to the suppression of free speech (a cover for Piggist imperialism) and other specist behaviour. In a nice touch, he decks himself out in the most fashionable attire sold by the Rebel Pig Clothing Company, in the hope of demonstrating his dedication and impressing an attractive sow.

Piggy Goes To University is designed in a small hardback format like a children’s book. This is the ideal appearance for a sharp and funny satire of political correctness. The pictures are printed white, red and black only, making the book seem like the product of Soviet-era austerity. The bold designs are half-hipster retro, half-Bolshevik campaign poster.

The protester holding up a sign saying ‘I am SAD’ nicely indicates the pathetic and confused nature of university protests. One wonders if university diversity commissars might actually consider this satire an assault on the principles they enforce. Students, try ordering this book through your university library.

Miriam Elia and her brother Ezra are artists and writers who have collaborated on several previous projects, including We Go to the Gallery, a Ladybird Book-style satire of conceptual art. They are well versed in the excesses of contemporary life. Miriam Elia also writes for radio comedy, and she judges well how far to go and when to imply rather than describe. The story and art here reinforce one another in a melange of black humour.

This short book would make an ideal Christmas present for the undergraduate in your life.

Piggy Goes to University, by Miriam and Ezra Elia, is published by Dung Beetle University Press. (Buy this book from Amazon(UK).)