Why Malcolm Turnbull was ousted

Like Hillary and Britain’s Remainers, this was an out-of-touch politician. 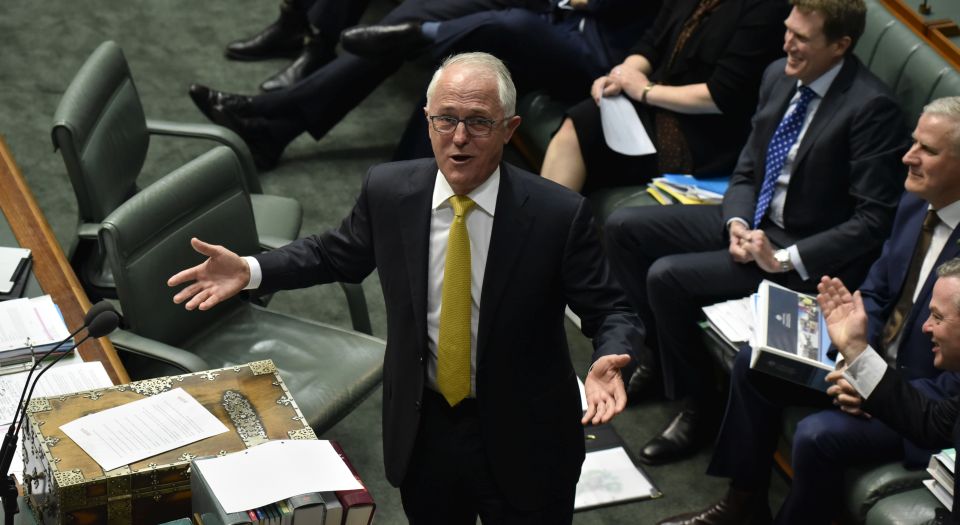 Australia is once again in contention with Italy in the prime ministerial turnover stakes.

The Italians nudged ahead briefly by electing Giuseppe Conte, the fifth change of leader in a decade. Last week the Aussies matched them when Scott Morrison was chosen by Liberal Party MPs and senators to replace Malcolm Turnbull.

Most Australian commentators, for whom Turnbull was the acceptable face of the centre-right, are wailing about a crisis in democracy, as they usually do when they lose a vote.

In truth, Australian democracy is in rude health. A prime minister who loses the confidence of his colleagues will soon find himself an ex-prime minister, and last week’s transition took place, as it always does, without a civil war.

Turnbull himself is notably absent from the catalogue of blame proffered by his defenders. Rupert Murdoch’s Sky News and News Corp newspapers, talkback radio hosts and Tony Abbott, Turnbull’s predecessor, all stand accused of bringing him down. Others cite the collapse of the neoliberal project (whatever that may be), growing inequality (which there isn’t), the perfidy of the banking industry, or an erosion of trust stemming from the Iraq War, the 2008 financial crisis, Brexit and Donald Trump.

In other words, the intelligentsia hasn’t got a clue. It understands neither what happened nor the extent of its own ignorance. Like the rejection of the Remain case in the UK, and the defeat of Hillary Clinton in the US, Turnbull’s failure has left them blindsided.

Seldom has a Liberal leader appeared as palatable to progressive thinkers. Like them, Turnbull believed Australia should ditch the queen, tackle climate change and introduce marriage equality.

Turnbull’s close shave at the 2016 election was an early indication that the electorate didn’t agree with them. Last week, after losing two by-elections that Turnbull had framed as a test of his opponent’s popularity, his party colleagues decided they’d had enough. In a ritual now familiar to Australians, they filed into the Party Room and decided to replace him.

In Australia, as in much of the developed world, the political and cultural divide defies the simple labels of left and right. It is an argument between the elite and the non-elite, the antipodean chapter of David Goodhart’s ‘Anywheres’ vs ‘Somewheres’, pitting the best and brightest against the allegedly ignorant masses.

Until the defeat in 2007 of John Howard, Australia’s second-longest serving prime minister, the new cultural divide was chiefly confined to the Labor Party, where a battle for control between the workers and tertiary-educated interlopers had been fought since the late 1960s.

The tensions in the Liberal Party, however, were just below the surface. The contest to succeed Howard was between the sophisticate Turnbull and the pugilist Tony Abbott, a monarchist who was quoted as describing climate change as ‘crap’.

The response to climate change in Australia has achieved the same totemic status as Brexit has in Britain. Abbott was convincingly elected in 2013 promising to end the carbon tax introduced by Labor, and he promptly followed through. The economic damage caused by Labor’s ill-advised mandated renewable energy targets went far deeper, however.

Subsidised wind and solar generation destabilised the grid while making coal-generated power unprofitable. Two major coal plants closed, sending electricity prices rocketing. Australia once enjoyed some of the cheapest energy in the world; now it’s among the most expensive.

Turnbull, having squeezed himself into the prime minister’s job in 2015 on the back of Abbott’s unpopularity, found himself on the wrong side of the argument.

Climate-change realists in the party, who knew how badly energy prices were hurting in the suburbs, urged him to drop Australia’s commitment to the emissions target set in Paris, just as President Trump had done.

Turnbull refused until it was too late. His uncertain handling of energy policy, together with his reluctance to discuss concerns about the size and structure of immigration, were among the chief factors in his demise.

Last week’s challenge to Turnbull was initiated not by Morrison, but by the minister for home affairs Peter Dutton, a former Queensland police officer with a grounded and practical view of life. Dutton was a more trustworthy option for the Liberal Party’s conservative faction and his election would have likely signalled a sharp change in direction. Morrison, the treasurer, was described by the Guardian as ‘the compromise candidate’.

The billing, should he live up to it, would surely be the kiss of death. Few battles are won by consensus, a process Margaret Thatcher described as ‘abandoning all beliefs, principles, values, and policies in search of something in which no one believes, but to which no one objects’.

Attempts to appeal to voters across the cultural divide sow confusion. The dread of appearing strident is mistaken for a lack of conviction. Risk-averse rhetoric communicates nothing except hesitancy. Watching your words to avoid causing offence is fruitless against those who delight in taking it.

Adding to the timidity is the distorted picture one gets of Australia from Parliament House. The lanyard-wearing millennials who pass themselves off as advisers have little idea where most people stand on the totemic issues of the day, and indeed whether they’re obliged to have an opinion at all.

In Scott Morrison, Australians will have a prime minister with a better feel than most for suburban sentiment. He represents the outer suburbs of Southern Sydney, a district known colloquially as the Shire, where people have neither the inclination to post smart-aleck remarks on Twitter nor the spare time to do so.

At 50, he is young enough to be considered a next-generation politician, the first prime minister not to have shared a parliament with Howard. The son of a policeman, he grew up in the beachside Sydney suburb of Bronte, and won a practically focused honours degree in applied economic geography.

He worked as an administrator in tourism in New Zealand and Australia, where as the head of Tourism Australia he approved a contentious advertising campaign featuring a bikini-clad minor celebrity asking, ‘Where the Bloody Hell Are You?’.

He is a social conservative and an economic liberal, the labels Howard assumed for himself, and are the catch-cry of those on the centre right who once called themselves ‘dries’.

Once it was clear Turnbull’s days were numbered, the small-l liberals who supported him crossed to Morrison as a more acceptable candidate than Dutton.

The conservatives, meanwhile, see him as a distinct improvement on Turnbull, whose absence will allow a less acrimonious path to next year’s election than would otherwise have been the case. The leader of the opposition, Bill Shorten, is hardly popular. His old-fashioned trade-union rhetoric sounds like a voice from the vaults of a museum. He is suspicious of business and addicted to symbolic crusading. His slug-the-rich, tax-and-spend narrative and economically fraudulent policy of inclusive growth seem too absurd to be believed.

Like Jeremy Corbyn, however, the election will fall to Shorten by default unless Morrison can adjust to a bumpy cultural playing field and, against the run of play, begins to hit the target.

Nick Cater is executive director of the Menzies Research Centre and author of The Lucky Culture and the Rise of an Australian Ruling Class.