The bailouts may be over, but the economic pain isn’t. 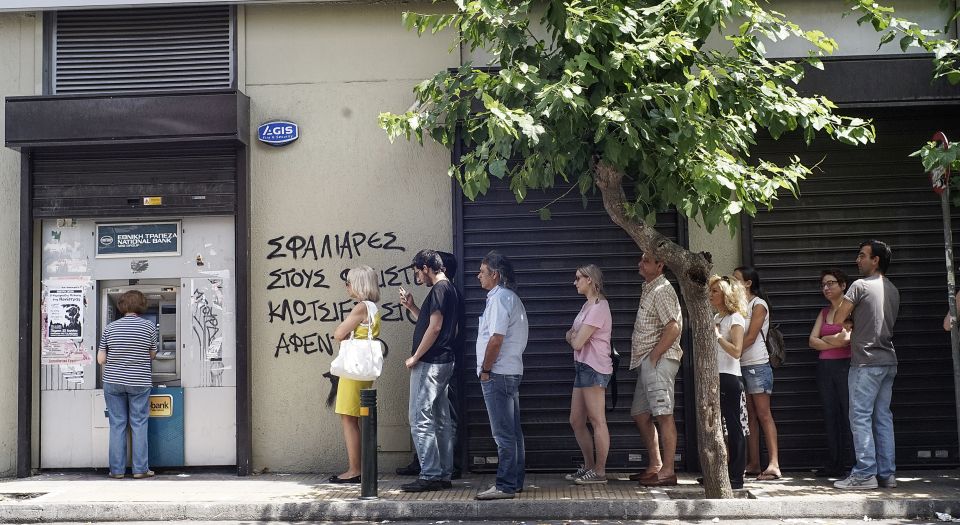 Yesterday was supposed to be a day of celebrations for Greece: after eight years of painful economic patronage by the Troika of the European Union, the European Central Bank and the International Monetary Fund, Greece concluded its latest support programme and is now apparently ready to stand on its own feet.

President of the European Council Donald Tusk celebrated by tweeting: ‘You did it! Congratulations to Greece and its people on ending the programme of financial assistance. With huge efforts and European solidarity you seized the day.’ European Commission president Jean-Claude Juncker proudly declared, ‘I have always fought for Greece to remain at the heart of Europe’.

Alexis Tsipras, the leftist PM of Greece and leader of SYRIZA (the man who promised to end the Troika’s control of the Greek economy, but who u-turned in 2015), is preparing to give a celebratory speech, probably from the island of Ithaca, home of Odysseus, in a symbolic move. But the ones with no reasons to celebrate are the Greek people themselves, who still do not see any light at the end of the tunnel of economic misery.

The reality of the situation exposes the hypocrisy of the EU and SYRIZA’s pompous words. Here are the numbers for the ‘success story of Greece’: after eight years of the Troika’s patronage, and a total of €288.7 billion in bailouts, Greece’s GDP has shrunk by a quarter, and the Greek debt is higher than it was in 2010, in real terms and as a proportion of GDP. Unemployment is still above 20 per cent, with youth unemployment around 40 per cent. Officials claim that despite these unfavourable numbers, Greece is on a better path, as its trade and fiscal metrics look good and debt repayment will take place on favourable terms. But Greece will continue to be indirectly under vigilant control, as Tsipras has tied the nation into achieving economic surpluses until 2060, while the IMF is predicting an anaemic growth rate of one to two per cent for the forthcoming years.

What is not revealed by these numbers is the price Greece has paid for its non-recovery. Hundreds of thousands of mostly young people emigrated during the years of the crisis. Those left behind, working and producing, are the Atlases who hold the country on their shoulders, under the harshest of conditions and with no allies. The EU has supposedly reformed Greece, but what it actually did was assist the Greek state in the plunder of its productive classes, so as to avoid a bankruptcy that would strike a blow to the structure of the Eurozone. Not only has Greece not become an attractive destination for productive investment, but its score in the economic freedom index has dropped compared with the beginning of the crisis. Tax hikes have been the norm during the Greek ‘recovery’, with those still at work having to toil 198 out of the 365 days of the year to pay their taxes, while often at the same time supporting other family members who are economically inactive.

Even worse, some professionals who find it impossible to tax-evade are giving away more than 70 per cent of their income to taxes and contributions. Predictably, private savings, crucial for a country’s recovery, are lower in Greece than in any other EU country.

Greece is a less free country than it was before the Troika’s intervention. Practically, it is a planned economy, with the planners being, first and foremost, the economic technocrats of the EU – as well as the leftist bureaucrats of SYRIZA. A parody (with the consequences of a drama) has been taking place for eight years: the EU is pretending it is reforming Greece, whereas the Greek political class is pretending it is negotiating and resisting the Troika’s painful pill. Primary responsibility for Greece’s situation lies with the political class of Greece, the intellectual muscles of which have atrophied after decades of cronyism and readymade solutions from the country’s economic patrons. Yet this corrupt and arteriosclerotic system could not have survived without the sponsorship of the EU. During the years of the crisis, Brussels faced a choice: to pull the rug out from under the Greek government and risk the stability of the Eurozone, or maintain the status quo by any cost, by perpetuating an inefficient model and squeezing whatever they could from those who still managed to work and produce in Greece. Being short-sighted and visionless, they chose the latter.

Yesterday was no day of deliverance for Greece. But there is a silver lining to this Greek drama. Through its citizens’ productiveness, strong ties of solidarity and mutual support, Greek society has managed to stay afloat, despite the toil, consecutive governments’ failed plans, and the Troika’s ‘assistance’. It is this productive spirit that will push Greece back on to its feet – when the Greek people decide they are better off without cronies and technocratic planners.