Press freedom is too important to entrust to judges – or government

The BBC won’t appeal the Sir Cliff ruling. We need to appeal to the public. 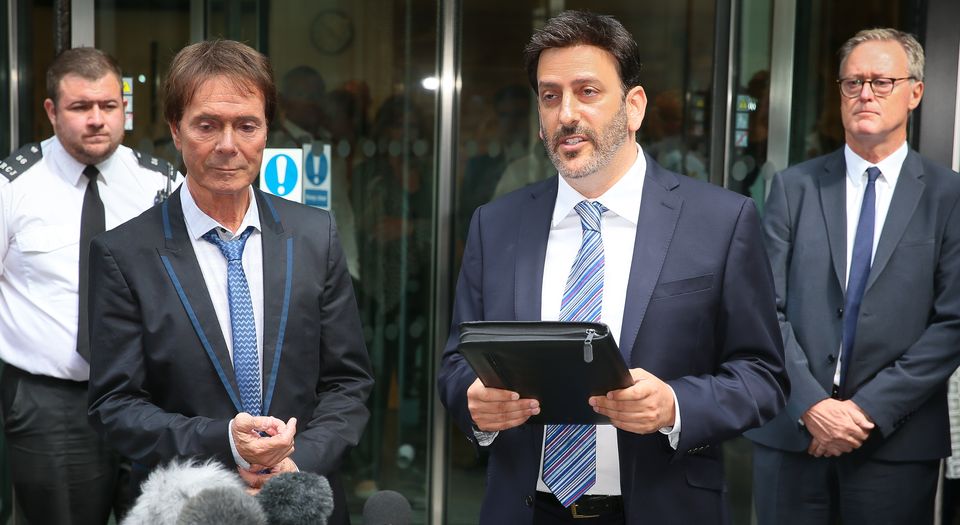 The BBC has announced it will not appeal last month’s precedent-setting High Court privacy ruling against it, over coverage of the 2014 police raid on Sir Cliff Richard’s home.

This might seem strange, given that the BBC itself rightly warned that the July ruling by Mr Justice Mann marked a ‘dramatic shift against press freedom’ in British law. Explaining the decision not to appeal this week, BBC director-general Tony Hall still insisted that the right of the media ‘to identify subjects of police investigations, independently of the police’ is ‘a fundamental principle’ and ‘a principle we have to stand up for’.

It is indeed. Yet those who want to stand up for that fundamental principle of press freedom cannot rely on the kindness of the courts or – as the BBC now requests – the goodwill of government and parliament to do it for us. Freedom of the press has only ever been won and defended in Britain when people ‘stand up for it’ against the authorities and state institutions. The ongoing carry-on over Sir Cliff’s case confirms that freedom’s prospects are poor if matters are left to the judicial and political elites.

Mr Justice Mann effectively advanced the UK’s judge-made privacy law, by ruling that ‘as a matter of general principle, a suspect has a reasonable expectation of privacy in relation to a police investigation’. He awarded Sir Cliff damages of £210,000 and his large legal costs – not because the BBC had broadcast the police raid from a helicopter hovering above his Berkshire home, but simply because it had named him as a suspect in a case of alleged historical sexual offences against a teenage boy. Sir Cliff was not arrested or charged with any offence.

What, many might ask, is so ‘fundamental’ about the right of the media to drag an innocent’s name through the mud? But sympathy for Sir Cliff should not blind us to the wider repercussions of the ruling. It marks another step forward for state-backed restrictions on the freedom of the press to report the truth about the police – and for the right of judges to decide what news we should all be allowed to read or hear.

What’s more, reports Private Eye, in an overlooked section of his judgment highlighted by Tony Jaffa from law firm Foot Anstey, the judge also ruled that ‘a function of privacy law is the protection of reputation’ – normally the preserve of libel law. This will encourage the rich and powerful who want to silence their critics to sue the press for privacy violations rather than defamation. ‘And in privacy claims’, unlike libel cases, Jaffa observes, ‘claimants are not required to prove that their reputations have suffered “serious harm”’. It seems the new judge-written privacy law could thus be even worse news for press freedom than Britain’s notoriously censorious libel laws.

The BBC was entirely right to say that Mr Justice Mann’s ruling ‘will make it harder to scrutinise the conduct of the police’ and ‘will undermine the principle of the public’s right to know’. Nevertheless the corporation also says it will not appeal because the legalities are ‘complex’ and the prospects of a successful appeal to a higher court are ‘not promising’.

We can certainly agree with that last point. There is a general media-bashing atmosphere in judicial ranks in the age of Leveson, when top judges who have always despised the tabloid press have been further infuriated by the redtops daring to brand them ‘Enemies of the People’ over elitist legal attempts to derail Brexit. The snooty BBC, bastion of the Remainstream media, might be horrified to find itself associated with the vulgar tabloids. Yet it seems unlikely that a higher court would side with the cause of press freedom over privacy in any appeal regarding the Sir Cliff ruling.

The BBC’s alternative, however, seems almost as unpromising. Instead of going back to court it now wants the government ‘to consider a review of the law in this important area, to protect the right to properly and fairly report criminal investigations, and to name the person under investigation’. It says there is ‘a fundamental principle at stake here and one upon which we believe parliament, as our lawmakers, should decide’.

Of course, getting the lawmakers of parliament to review privacy law looks preferable to leaving press freedom to the mercies of unelected judges. But in the current climate, few would bet on parliament passing any new law ‘to protect the right to properly and fairly report criminal investigations’ or anything else. There is deep antipathy towards the press among many freedom-phobic MPs, especially in Labour’s leading ranks – and even more so among media-loathing members of the unelected House of Lords.

Those judges did not conjure up their privacy laws from thin air, after all. They draw their authority from the Human Rights Act 1998, passed by parliament under Tony Blair’s first New Labour government. Top beaks have simply interpreted that Act to give precedence to the right to privacy over the right to freedom of expression.

The last thing we need is yet another law seeking to draw a line that could limit the freedom of the press to report the truth. For all their over-the-top helicoptering around, that is essentially what the BBC did. As their statement put it, ‘there are things we got wrong’ but ‘all the facts we reported were right’. The Sun, Britain’s biggest-selling newspaper, has now declared that it will defy ‘Cliff’s Law’, continue to name suspects, and face the consequences in court. Bravo. But why should the press face punishment for a commitment to telling us the truth?

The BBC, as the state-financed media wing of the establishment, might instinctively look to the courts, government reviews and parliamentary committees to rule on a principle such as press freedom. The oft-forgotten historical truth, however, is that freedom of speech and of the press have only been advanced and effectively defended in Britain since the 17th century when people have fought to wrest them from the authorities.

The prospects of a popular uprising in defence of press freedom in the 21st century might appear pretty dim – and getting dimmer. The enemies of free speech have drawn on public sympathy for poor old Sir Cliff to lend moral authority to their cause. A YouGov poll after his case found that only one respondent in 20 – five per cent – thought the media should be free to name a suspect before they had been arrested or charged, as in Sir Cliff’s case. Just eight per cent thought they should be named after being arrested. And no more than 28 per cent thought the media should be allowed to name suspects even after they had been charged – the same number who believed the press should be free to name a defendant in court before they had been found guilty.

That might seem a mountain to climb. But political mountains can be moved by arguments. Remember, just last year the Tory government launched a public consultation on whether to implement new laws, backed by the Labour Party and the House of Lords, which would further hobble investigative journalism and punish publications which refused to kowtow to an official state-backed press regulator. At the start of the consultation, opinion seemed overwhelmingly in favour of the legal attack on press freedom. By the time the consultation ended and spiked and other media organisations had finished campaigning, the tide of submissions opposing the laws was strong enough to sway the government to sink them.

The best response to ‘Cliff’s Law’ is not to appeal to higher judges to have mercy on the media, or to beg MPs and Lords to take pity on the press. It is to make the case to the public that press freedom is the lifeblood of a free society. That there is too little, not ‘too much’, press freedom in our law-riddled system. And that the right to name suspects – aka the right to reveal the truth about what the police are up to – must be a more fundamental liberty than the right of a few suspects to keep their names out of the paper.