The ACLU is turning its back on free speech 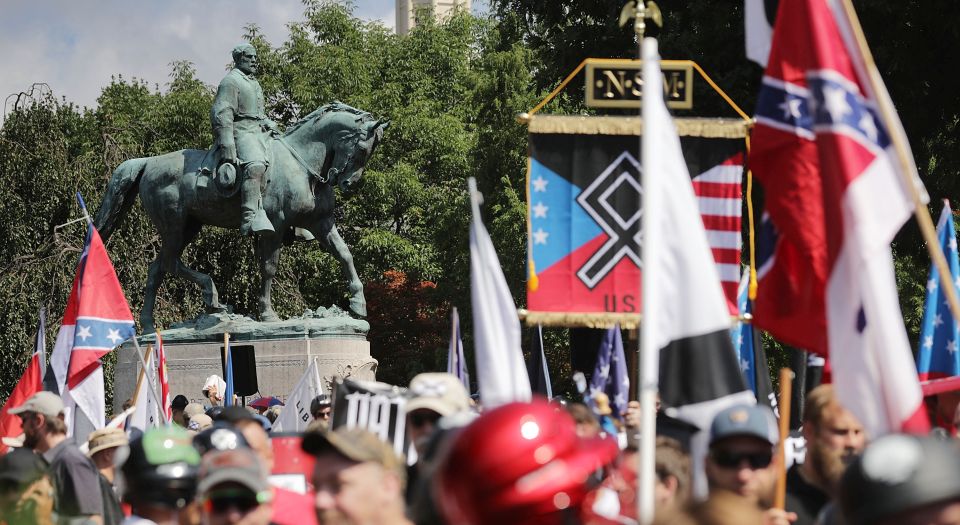 The American Civil Liberties Union has explicitly endorsed the view that free speech can harm ‘marginalised’ groups by undermining their civil rights. ‘Speech that denigrates such groups can inflict serious harms and is intended to and often will impede progress toward equality’, the ACLU declares in new guidelines governing case selection and ‘Conflicts Between Competing Values or Priorities’. This is presented as an explanation rather than a change of policy, and free-speech advocates know the ACLU has already lost its zeal for vigorously defending the speech it hates. ACLU leaders previously avoided acknowledging that retreat, however, in the apparent hope of preserving its reputation as the nation’s premier champion of the First Amendment.

But traditional free-speech values do not appeal to the ACLU’s increasingly partisan progressive constituency – especially after the 2017 white-supremacist rally in Charlottesville. The Virginia ACLU affiliate rightly represented the rally’s organisers when the city attempted to deny them a permit to assemble. But progressives responded angrily to this defence of speech, and, in response, the national ACLU reconsidered its obligation to represent white-supremacist protesters.

The 2018 guidelines elaborate on the organisation’s retreat from defending everyone’s speech. They claim that ‘the ACLU is committed to defending speech rights without regard to whether the views expressed are consistent with or opposed to the ACLU’s core values, priorities and goals’. But directly contradicting that assertion, they also cite as a reason to decline taking a free-speech case ‘the extent to which the speech may assist in advancing the goals of white supremacists or others whose views are contrary to our values’.

In selecting speech cases to defend, the ACLU will now balance the ‘impact of the proposed speech and the impact of its suppression’. Factors like the potential effect of the speech on ‘marginalised communities’ and even on ‘the ACLU’s credibility’ could militate against taking a case. Fundraising and communications officials helped formulate the new guidelines.

One half of this balancing test is familiar. The ‘impact of suppressing speech’ – the precedents that suppression might establish, the constitutional principles at stake – is a traditional factor in case selection. But, traditionally, the ACLU has not formally weighed the content of speech and its consistency with ACLU values in deciding whether to defend it.

Tension between competing values isn’t new to the ACLU. Given its decades-old commitment to defending civil rights and liberties, the organisation has long navigated conflicts between equality rights and freedoms of religion, speech and association. The guidelines assert that ‘no civil liberty or civil-rights value should automatically be privileged over any other’. But it’s clear that free speech has become second among equals. Where is the comparable set of guidelines explaining when the ACLU should decline to defend gay-rights claims that infringe on religious liberty or women’s-rights cases that infringe on due process?

The speech-case guidelines reflect a demotion of free speech in the ACLU’s hierarchy of values. Their vague references to the ‘serious harm’ to ‘marginalised’ people occasioned by speech can easily include the presumed psychological effects of racist or otherwise hateful speech, which is constitutionally protected but contrary to ACLU values. Faced with perceived conflicts between freedom of speech and ‘progress toward equality’, the ACLU is likely to choose equality. If the Supreme Court adopted the ACLU’s balancing test, it would greatly expand government power to restrict speech.

In Brandenburg v Ohio (1969), for example, the ACLU defended the First Amendment rights of a Ku Klux Klan leader prosecuted for addressing a small rally and calling for ‘revengence’ against blacks and Jews. The US Supreme Court reversed Clarence Brandenburg’s conviction, narrowly defining incitement to violence as speech both intended and likely to cause imminent illegal action. Brandenburg made an essential distinction between advocacy and action, which progressives who equate hate speech with actual discrimination or violence seek to erase.

The ACLU would be hard pressed to take Brandenburg’s case today, given its new guidelines. The organisation hasn’t yet endorsed a ban on hate speech, or a broader definition of incitement. The guidelines affirm that ‘speakers have a right to advocate violence’. But even if Brandenburg managed to pass the new balancing test for speech cases, some participants at his rally were armed, and, according to the guidelines, ‘the ACLU generally will not represent protesters who seek to march while armed’.

All this is the ACLU’s prerogative. Organisations are entitled to revise their values and missions. But they ought to do so openly. The ACLU leadership had apparently hoped to keep its new guidelines secret, even from ACLU members. They’re contained in an internal document deceptively marked, in all caps, ‘confidential attorney client work product’. I’m told it was distributed to select ACLU officials and board members, who were instructed not to share it. According to my source, the leadership is now investigating the ‘leak’ of its new case-selection guidelines. President Trump might sympathise.

This article was first published in the Wall Street Journal on 20 June 2018.