Protecting the private sphere should not mean inviting the state in. 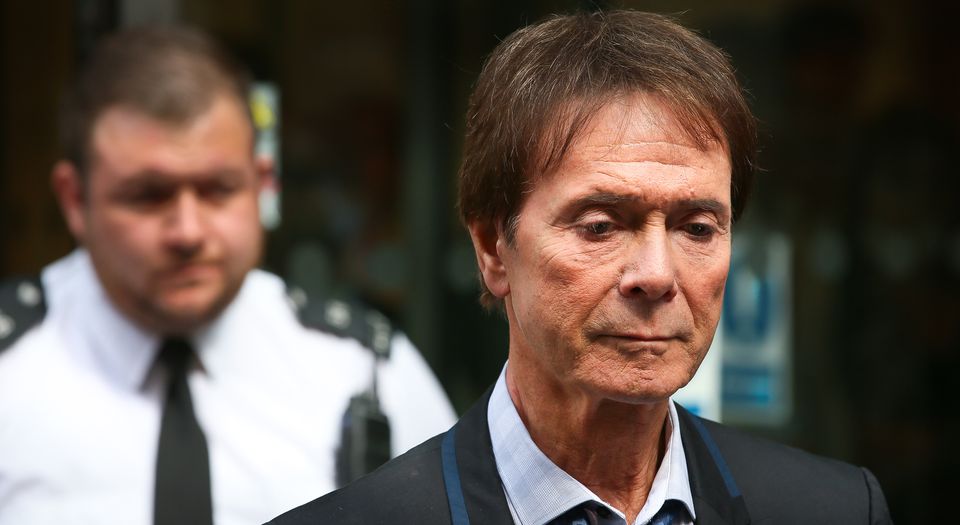 Privacy has become a big public issue. There seems to be considerable confusion about where we should draw the line.

Judges, politicians and many members of the public want more legal protection for privacy. Yet at the same time, the authorities are interfering in the private sphere more and more. And many public figures appear happy to display their private lives in public.

In response, we need to fight to defend our private sphere – and to oppose the state’s new privacy laws.

Last week a UK judge ruled that the BBC had invaded Sir Cliff Richard’s privacy by reporting the police raid on his home over false allegations of historical sex offences. Significantly, the judge not only criticised the ‘sensationalist’ nature of the helicopter filming, but also found that the BBC had crossed the line merely by naming Sir Cliff when he had not been arrested or charged.

This ruling extended the legal protection of privacy under the Human Rights Act. It could have major implications for the freedom of the media to report the truth about police investigations.

Yet surveys suggest most people back Sir Cliff’s right to privacy and the judge’s decision. One YouGov poll found that a mere five per cent of respondents supported the media’s right to name a suspect who had not been arrested – and only 28 per cent thought they should be allowed to name a defendant who had been charged and appeared in court.

This support for more protection of privacy follows other incidents such as the worldwide outcry over the abuse of Facebook users’ personal data, with demands for tighter regulation and boycotts to force social-media companies to respect people’s privacy rights.

Yet at the same time, privacy often seems to be held in low esteem and sold cheaply today. It is no longer simply a case of media ‘intrusion’ revealing things some would rather keep secret. Many people seem keen voluntarily to parade their private lives – even sex lives – and innermost feelings before the public.

The Love Island variety of anything-goes reality TV is only the tip of the iceberg. Social-media sites are awash with people hanging out their dirty laundry. Public figures seem keen to share their most personal experiences, whether it’s an MP discussing losing a baby or having a period in parliament or royal princes opening up about their mental-health issues.

Invading your own privacy in this way is now officially seen as healthy. The flipside is that there is no right to ‘unhealthy’ privacy, whether you want it or not. Experts and officials have no compunction about interfering in people’s private affairs, issuing instructions on everything from what we should eat to how we should raise our children. Nor, it seems, is there any such thing as a private opinion anymore. People can be publicly shamed, driven out of their jobs and even prosecuted for what they say in private texts, phone calls or emails, if their opinions transgress the ever-shifting rules of political correctness.

How then to disentangle these strands? An important starting point might be to distinguish between privacy, which we need to defend, and privacy laws, which we should oppose.

Privacy is one of the cultural foundations of a free and civilised society. Once privacy is reified as a legal right, however, to be policed by the powers of the state, privacy laws can become a menace to that freedom and civilisation.

Drawing a clear line between the private and public spheres of life was one of the important gains of the Enlightenment. The independent, autonomous individual of the new age would have a public voice, and a private space in which to think and speak away from prying eyes and ears.

The notion of interrogating a person’s private thoughts at the end of a hot poker went out with the Inquisition. As the 17th-century jurist and pioneer of English law Sir Edward Coke made clear, ‘No man, ecclesiastical or temporal, should be examined upon the secret thoughts of his heart’. And a good thing, too. Many of us are quite capable of ranting or ridiculing away in private to an extent we would never dream of doing in public.

As the English philosopher Thomas Hobbes understood, unlike our considered public speech, ‘The secret thoughts of a man run over all things, holy, profane, clean, obscene, grave and light, without shame, or blame’. No longer, it seems. Shaming and blaming men and women for their ‘secret thoughts’ is now apparently back in fashion, as the line between private and public becomes blurred.

Yet the private sphere remains the foundation of public life. Everybody needs a space in which they can take off their social mask, let rip and be themselves. Without a private space in which to prepare our thoughts and actions, anybody would find it hard to function properly in society.

The ‘transparent’ alternative to privacy suggests that we should live in some sort of totalitarian bubble, where our every word and deed is under surveillance. Next step – George Orwell’s Big Brother telescreens, or perhaps the all-seeing Panopticon prison devised by Jeremy Bentham in the late 18th century as ‘a new mode of obtaining power of mind over mind’.

Blurring the line between the public and the private is dangerous in all sorts of ways. Putting the private sphere under surveillance undermines our personal autonomy and independence and impairs our ability to speak and act consciously in public. It encourages an unappetising mixture of social conformism, voyeurism/exhibitionism, and phoney behaviour. Public debates in which participants strike poses based on displaying personal emotions rather than arguing for their ideas and principles are likely to create far more heat than light.

For all these reasons and more, our society surely needs a kind of cultural revolution to reassert the modern importance of the private sphere, and to defend our privacy against all the Panopticon artists. What we do not need, however, are more powerful privacy laws.

Whose privacy is it, anyway? Who gets the right to decide whether something is your private business or not? Once the law intervenes, it won’t be you.

Article 8 of the Human Rights Act, passed by parliament under Tony Blair’s first New Labour government in 1998, enshrined in law the right to respect for a person’s ‘private and family life, his home and his correspondence’. The judiciary have interpreted and enforced this Article to establish an increasingly firm legal right to privacy – even though the UK parliament has not passed a specific privacy law. As in Sir Cliff’s case, the courts now tend to favour Article 8 on privacy over Article 10, which supposedly upholds the right to freedom of expression and of the press.

In other words, the UK’s privacy laws give judges the right to decide what is your private affair. It is taken out of the hands of the individuals involved. That does not sound like privacy at all. It is more like the nationalisation of privacy, turning personal matters into political and judicial issues and giving agents of the state the right to decide where the line should be drawn between the private and the public.

Unsurprisingly, in the hands of the state, privacy laws become a device for restricting public life and debate. They are a weapon to be deployed against the freedom of the press to report what others want kept secret. As the poll cited above shows, most people rightly felt sympathy for Sir Cliff over his treatment by the police and the BBC. But it is also important to keep a clear-eyed view on how sympathetic victims can be used as human shields to advance a free speech-bashing agenda.

It was little surprise to see MPs and members of the House of Lords, for whom ‘privacy’ means their right to keep political secrets from the public, demanding new restrictions on press reporting in the wake of the Cliff case. Legal observers have also noted how privacy suits and personal data complaints are now replacing libel writs as the weapon of choice for the rich and powerful to punish their critics in the UK – a method of backdoor censorship through privacy laws that the French elites have long since perfected.

Defending freedom of the press against privacy laws need not mean endorsing whatever the intrusive media does. News outlets of every stripe can get carried away with themselves; as the judge said of those Sir Cliff reports, the BBC reporter ‘let his enthusiasm for the story get the better of him’ (something his bosses might like to remember the next time the BBC tries to get on its high horse about tabloid newspaper reporting).

The media should certainly be held to account by the public for its mistakes. But giving judges even more powers to restrict press freedom will do little to protect real privacy, and a lot to damage public debate. All investigative reporting is to some extent ‘intrusive’; as the old journalists’ saw goes, ‘News is what somebody doesn’t want you to print; everything else is advertising’. Whatever misgivings or complaints we might have about the media, there is always one thing worse than a free press, and that is an unfree one.

The fact that the police are investigating allegations of a serious criminal offence – as they were with Sir Cliff – cannot be considered a private matter. It must be a public concern.

Those defending press freedom against last week’s ruling made the point that the press plays an important role in publicising and aiding police investigations, for example by encouraging other alleged victims to come forward. An important point which has been less emphasised is the role of the press in reporting and exposing what the police are up to – keeping watch over the watchmen. Should the public’s right to know what the police are doing really be restricted in the name of a privacy law? The danger here is that what is called ‘privacy’ becomes the pretext for more official secrecy. A society where South Yorkshire constabulary can launch raids on people’s homes without fear of being reported might sound more like what we used to call a police state.

In the end, we need to protect our private thoughts, speech and actions from all the eyes of the Panopticon state – not invite the state to police our private space and public discussion, even with winsome Sir Cliff as frontman.