Cliff Richard’s win is our loss 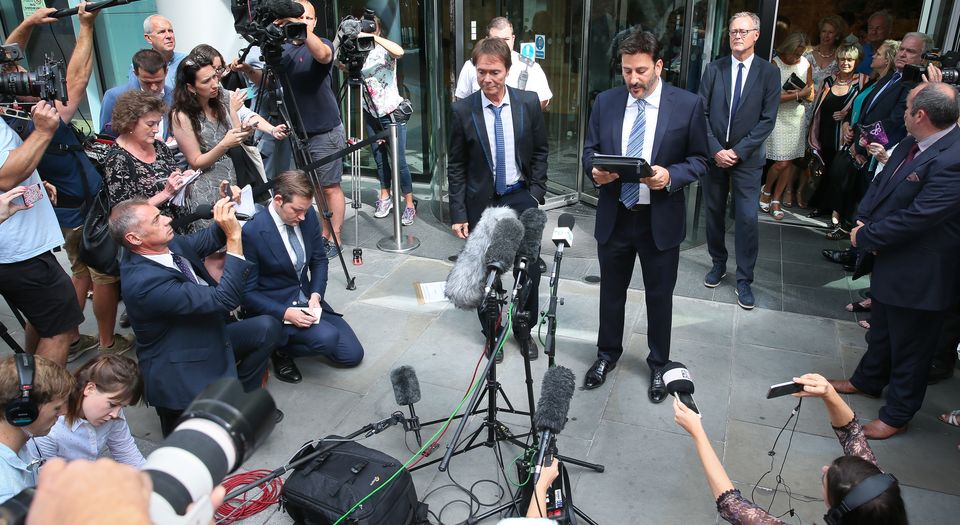 According to the High Court in London, the public should never have known that the police investigated an allegation of sexual abuse of an underage boy in 1985 made against Sir Cliff Richard. And because the BBC disclosed the fact of this investigation, which involved a search of his house in August 2014, it and South Yorkshire Police will now have to pay Sir Cliff several millions of pounds in damages and costs. The court’s ruling is troubling because of the way it elevates an individual’s right to privacy over other broader public interests.

The starting point, held the judge, is the individual’s right to privacy as established under the Human Rights Act 1998. Accordingly, it was not the BBC’s use of a helicopter to film the search that caused it to fall foul of the law. The judge concluded that a ‘lower key report of the search and investigation (for example, done merely by a measured reading of the relevant facts by a presenter in the studio)’ would still have been ‘a serious infringement’ of Sir Cliff’s right to privacy. The judge elevated the importance of this right to such an extent that he found that only in exceptional circumstances should a suspect be named. And he set the bar high when he gave only one example of an exceptional circumstance: the fact that ‘there may be an immediate risk to the public’ if a suspect is not named.

The judge’s approach is bound to weaken the police’s ability to tackle crime and the media’s ability to report on it. For example, in many cases the police have relied on media reporting of investigations to see if witnesses then come forward with further evidence of either guilt or innocence. This approach was adopted when the police were investigating allegations made against Rolf Harris, Stuart Hall and Max Clifford. But it is far from clear that the police could lawfully adopt such an approach now without breaching the privacy rights of the suspects that they name.

In future, under what will be dubbed ‘Cliff’s Law’, public figures with reputations to defend, and deep pockets with which to defend them, will be emboldened in their desire to ward off adverse publicity about police investigations. Even where the police and media believe they have the sort of exceptional circumstance that may warrant disclosure, the likelihood is that the financial cost of getting it wrong will cause them to err on the side of non-disclosure.

It is not just celebrities who will avail themselves of Cliff’s Law. A law that elevates the protection of privacy against the taint of criminal suspicion can be applied in many circumstances. A defendant’s close family and friends may be named and implicated in criminal trials even though they are not themselves prosecuted. Cliff’s Law could secure their anonymity. Suspected terrorists sometimes escape prosecution for a variety of reasons, such as to protect sources, yet they may be subject to orders freezing their assets, restricting their travel abroad, or otherwise curtailing their liberty. They too could benefit from the secrecy that Cliff’s Law could give them. In 2010, one terror suspect, Mohammed Azmir Khan, then suspected of funding terrorists in Pakistan and leading an al-Qaeda group in east London (he was later killed by a CIA drone strike in Pakistan), tried to challenge freezing orders on his assets by arguing that without anonymity he and his family would be shunned by their local community. His application was unsuccessful. But similar applications may well succeed in the future.

Having elevated the importance of privacy, Cliff’s Law requires a procedure for protecting it. By criticising the BBC for not giving Sir Cliff sufficient time to consider applying for an injunction to stop the intended disclosure, the judge provided it. From now on, those media outlets rich enough and bold enough to want to publish details of a police investigation will have to notify the suspect and then deal with any injunctions sought against them. Faced with such obstacles, the likelihood is that the mere threat of legal action will ensure that many issues of public concern will in future be withheld from the public. As Roy Greenslade notes, ‘privacy has replaced libel as the go-to legal tool to frustrate legitimate media inquiries’. Cliff’s Law will have a considerable chilling effect on press freedom.

When individual rights are elevated, collective interests are diminished. In cases involving the taint of criminal suspicion, the collective interest will often be the right of the police to seek further evidence with media assistance. In other cases the collective interest will be the public’s right to know what the police and other public agencies are doing. For example, had Cliff’s Law existed several years ago, the public may never have known of the spurious investigations into public figures such as Paul Gambaccini, Harvey Proctor, Leon Brittan and Lord Bramall. This would have been good for their privacy, but bad for the public’s right to know just how unhinged some of the investigations, stoked by allegations of historic sexual abuse, had become. The right of the public to be informed applies to those who stand trial and those who do not.

In any criminal justice system innocent people will inevitably be investigated. Cliff’s Law attempts to address this problem with secrecy, but concealing the identities of individuals who are under investigation creates its own problems. As the Supreme Court noted in Khan’s case, secrecy for those who seek it would ‘foster an impression’ that ‘justifies sinister conclusions about these individuals’. The only way society can properly address the distinction between suspicion and guilt is by championing the presumption of innocence, the notion that one is innocent until proven guilty.

The presumption of innocence is a collective interest that the public needs to sign up to. Yet the judge in Cliff Richard’s case did not think much of the public’s ability to understand and apply this foundational principle of criminal justice. He said that if ‘the presumption of innocence were perfectly understood and given effect to, and if the general public was universally capable of adopting a completely open- and broad-minded view of the fact of an investigation so that there was no risk of taint either during the investigation or afterwards, then the position might be different’. But, he concluded, ‘neither of those things is true’. In other words, Cliff’s Law is required because, in the judge’s opinion, the public is too dim to be able to distinguish between an investigation into possible guilt and guilt itself.

In court, the BBC argued that the case against it raised ‘issues of great, arguably of constitutional, importance for the freedom of the press in this country’. The judge also recognised ‘that the case is capable of having a significant impact on press reporting’. Indeed it will, but the outcome was not surprising. The legal system under the authority of the Human Rights Act has been allowing individual rights to trump collective interests for 20 years. The Human Rights Act puts the individual first, society second. The judgment this week was good for Sir Cliff Richard and for the many individuals who will now follow him in being able to silence press reporting. But it was a shocker for society and the public interest.

Jon is speaking at The Academy on Sunday 22 July at the session ‘Immigrant v citizen: is freedom of movement a human right?’.