They are not communists, you idiots

Calm down, right-wingers: Corbynistas are squarer than you think. 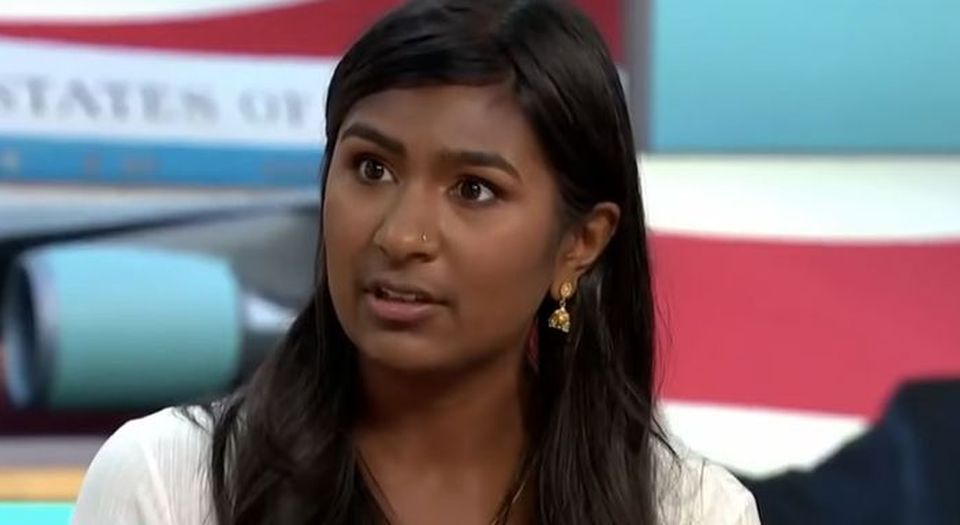 It’s the living, breathing definition of a spat in which you want both sides to lose. Although given it’s a Twitterspat, arguably both sides already have lost, by very dint of the fact that they’re engaged in a Twitterspat, despite not even being children. On one side, a tweeter by the name of Ash Sarkar and her fellow well-to-do Corbynistas who have made a stir by convincing Teen Vogue – I’m dying here – that Ms Sarkar is a communist. And on the other side, grouchy right-wingers, who really miss the Cold War and all its evil Commies that they could define themselves against, who spy in Teen Vogue’s cheering of a communist – still dying here – the imminent return of the Red Menace. I wish I was making this up. But really I am not. I miss the Cold War now too, or at least its promise of Mutually Assured Destruction.

This all kicked off – in the infinitesimally small world of online commentary, you understand, not in the real world – when Ms Sarkar appeared on Good Morning Britain last week to talk about the protests against Donald Trump. She got into a camp shouting match with Piers Morgan – as all guests must; it’s in the contract – during which Morgan asked her why she didn’t march against Barack Obama despite his Trump-like mistreatment of migrants and foreign wars etc. Morgan was on to something, but he’s such a slothful thinker, having had his grey matter dulled over the years by the desperate need to trend online, that he messed it up and said Obama was Ms Sarkar’s ‘hero’. Which he isn’t, because, as Ms Sarkar said to Morgan: ‘I’m literally a communist, you idiot.’ Cue boners across the clickbait media. ‘Four hundreds words on this NOW!’, editors barked at their posh underpaid pretend-journalists.

Some of us were lucky enough never to have heard of Ms Sarkar before this TV ding-dong (and the vast majority of Britons still enjoy this privilege, of course). But five minutes of Googling tells me she is a middle-class academic who appropriates black street slang to appear more authentic than she is? Blacked-up university leftism is where we’re at now, guys. How more Britons do not die from cringing, starting with Ms Sarkar’s own students, I will never figure. She also apparently writes for Novara Media, which is a kind of Vice for bourgeois leftists; socialism for Shoreditch Shitheads. And now, of course, she is the woman who said ‘I’m literally a communist, you idiot’ to Piers Morgan’s wobbling face, which is nice: 15 minutes of fame and all that. The clickbait industry wrote it up, tweeted it, and waited for students and unemployed people to provide them with the clicks that help them keep going. And so is the mad cycle of online noise sustained, sadly.

Then the right got involved. Of course they did. They heard the word ‘communist’ and their ears pricked and their Twitter fingers readied. ‘Communism’s back? At last?? I can write once again about how horrified I still am about Stalin’s famines and purges???’ Yes, you can. And they did. They tweeted and blogged about the Teen Vogue piece as if a new Communist Manifesto had just landed. (A spectre is haunting Europe. The spectre of a fashion mag for children.) They said celebrating someone for saying ‘I’m a communist’ is as bad as celebrating someone for saying ‘I’m a fascist’. They said Corbynistas are clearly a Commie threat. And on it went, bluster upon bluster, meme against meme, pose v pose, until everyone realised how stupid they were being and quietly parked the whole affair. (That last part hasn’t actually happened yet. But I’m confident it will.)

Even though this is a pointless online tussle, it nonetheless tells us something about where politics is at right now. Something depressing, naturally. It confirms what a pantomime the left / right clash has become. That historic divide is no longer a useful guide to political life. There are new divides, new tensions, exciting tensions, between populists and elitists, democrats and technocrats, people who believe in the nation and people who despise the nation and the thing it contains – a pesky people expecting a democratic say – and thus prefer to take refuge in vast pseudo-cosmopolitan bureaucracies. So the left / right thing has become increasingly performative. Exhausted, played out to death, denuded of relevance, left v right is now little more than theatre, and often camp theatre, in which middle-class youth don Marxist garb and say ‘Tah-dah, I’m a communist!’ while slightly older right-wing people do their best Ronald Reagan impression and say, ‘Communism is coming back and we will all end up in gulags’.

No one buys it, surely. Either side of it. Indeed, what is striking is that this desperate clinging to knackered left / right categories looks precisely like an attempt to avoid real politics, and real political conflict. This is especially true of Corbynistas. There they are, meming Marx, blathering about revolutions, posing as new radicals, and yet no sooner had the largest democratic bloc in British history, including millions of working people, revolted against the neoliberal, anti-democratic, anti workers’ rights, racist oligarchy that is the European Union than these people were shitting their pants. They’re all Remainers, these supposed radicals. They campaigned to keep us in the anti-worker, pro-bank EU.

It surprised me not one iota that my five minutes of Googling Ms Sarkar turned up a video in which she takes the piss out of white working-class Leave voters for being racist, because these new leftists despise ordinary people. And fear them. They fear the plebs’ genuinely revolting passions, which over the past two years have achieved something of greater and more humanistic historic worth than these Corbyn fangirls and boys will ever achieve: the serious wounding of the EU and the return of the question of democracy, the still revolutionary question of democracy, to the forefront of public life.

This is what is really, really important to remember about Corbynistas: their revolution talk is actually about avoiding political conflict; it is designed to be a distraction from what they and the rest of their class view as a genuinely threatening political spectre – democratic populism; working-class anti-establishment feeling; the mass bristling at bureaucracy. To Corbynistas, this stuff is fascism. They are so removed from ordinary people, stuck in their academic towers saying ‘prrrap’ to bemused students, that they think any upswell of public displeasure must by definition be a Brownshirt surge. Their Meme Marxism is distracting play, an attempt to drag politics back from this new era of revolt into the predictability and relative safety of the left / right binary. When they say, ‘Forget Brexit, let’s talk about housing’, and wear a t-shirt of Engels while saying it, they betray not their radicalism but their deep conservatism, their desire to wrest political momentum away from the plebs and back to clever party-political people like them. ‘Momentum’, they call their movement, when they know in their heart of hearts that the true political momentum is with the less well-off and the pissed-off, and that horrifies them.

So here’s the thing: their radicalism is about weakening contemporary radicalism; their talk of revolt is an attempt to dilute a real revolt. They are warriors for the old status quo dressed up as 20th-century Marxists. They’re soft social democrats, boring state socialists. So calm down, right-wingers. These people are squarer than you think. And your Red Menace fretting only feeds their pretensions. Yes, they have Stalinist tendencies – as can be seen in their love of censorship, their preference for bureaucracy over populist anger, and their demonisation of anyone who doesn’t share their naff views – but they aren’t communists, you idiots. They’re idiots, in fact, who play communist games in their echo chambers because what is happening in the real world – the overturning of the postwar political era by newly confident publics – makes them shake with dread.