In defence of Tony the Tiger 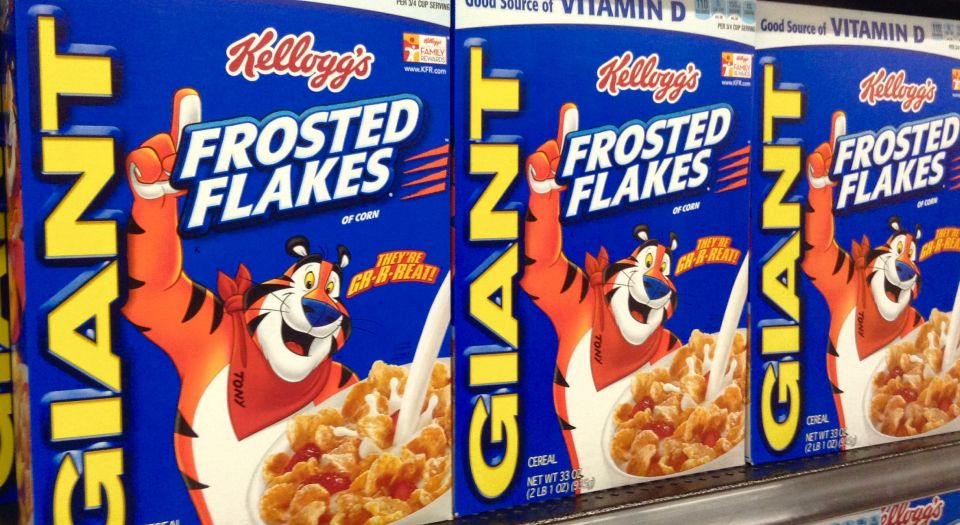 Public-health advocates are moving in on the one danger we’ve all been missing: cereal-box cartoon characters. That’s right, Tony the Tiger, Cap’n Crunch, Count Chocula, and Snap, Crackle and Pop are all after our children. But, luckily, the European Union, the World Health Organisation (WHO) and Jamie Oliver are here to protect us.

No, I’m not making this up.

In May, Oliver claimed that cereal-box cartoon characters, and characters from TV shows and films, shouldn’t be used to ‘peddle rubbish’. He was giving evidence to the Health and Social Care Committee of the House of Commons, which is looking into ways to tackle childhood obesity. Oliver wants a complete ban. Which is odd. Because, as Daniel Pryor from the Adam Smith Institute swiftly pointed out on Twitter, Oliver himself once used a cartoon character to promote a particularly sugary muffin in a video – a video which was promptly, and inexplicably, removed.

Sadly, it isn’t just Oliver who thinks cereal-box cartoons should be banned. The WHO laid out its case for a ban in a 2010 report. And in 2012, it even suggested that nations should ‘eliminate all forms of marketing of any products to which a broad range of children are exposed’. EU Council proposals, meanwhile, frame this as a consumer-protection issue.

But ‘consumer protection’ here just means a distrust of parents. The price of living in a free society is that we have to take responsibility and make our own choices. If a child wants a particular breakfast cereal, there is still an adult who has to pay for it. When we go over the heads of parents, and try to ‘save’ their children from their own harmful choices, we show parents nothing but contempt.

Let’s just pause for a second and think about how astounding this idea of banning cartoon characters on cereal boxes would have sounded to us just a few years ago. But this is the nature of the nanny state. The more ground we concede to it, the more illiberal and ludicrous the proposals become. Sadly, the fact that one country – Chile – has already implemented this ban means the public-health lobby can now twist the numbers and draft a report declaring the policy a ‘massive success’.

If public-health types want to tackle obesity, they should raise awareness about the consequences of too much sugar and fat. They should empower consumers by giving them information, rather than patronise them with bans and scare stories.