Why young white men are abandoning the Democrats

The Democrats’ embrace of identity politics is turning off a generation of voters. 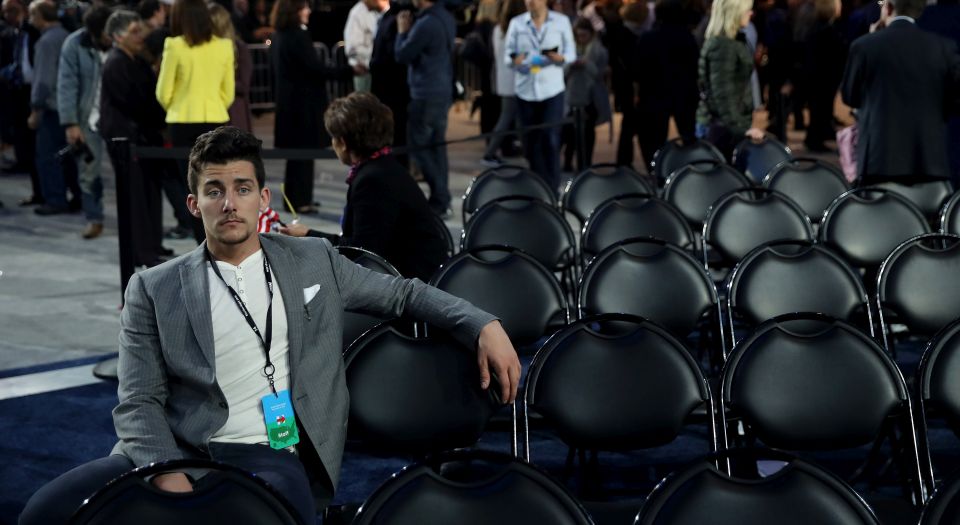 The poll shatters a number of widely held assumptions. Firstly, that young people are naturally drawn to the Democrats. Secondly, that the chaos and incompetence of Donald Trump’s rule are enough to turn voters blue. While two thirds of those polled dislike Trump, that distaste does not translate into either a rejection of the GOP as a whole or into support for the Democrats.

Democrats are clearly yet to come to terms with their defeat in the 2016 presidential election. Since then, the party has devoted a great deal of energy to pushing allegations of Russian meddling – a story of little interest to ordinary voters, who have long since accepted the outcome of a fair and free election. Similarly, baseless and shrill accusations that Trump is a fascist have clearly been ineffective in drumming up support for an alternative. Opposition to Trump is one thing, but most voters are none the wiser as to what the Democrats actually stand for.

But while the Democrats may be uninspiring to millennials as a whole, the party is actively alienating young, white men. Today’s identity politics is impossible for millennials to avoid, whether they are confronted with it on campus or through clickbait comment pieces. In the identitarian worldview, ‘white men’ are responsible for all the world’s woes – the phrases ‘white people’ and ‘white men’ are practically shorthand for evil. Listicles reveal the ‘37 things white people need to stop ruining in 2018’, magazines declare that ‘white men must be stopped’, while even respectable outlets like the Washington Post ask ‘why can’t we hate white men?’.

But rather than reject the divisive politics of identity, the Democratic establishment and its cheerleaders have embraced it. During the election, Hillary Clinton namechecked and explicitly targeted a number of demographic groups. At the same time, her team told the media they were confident they could win without the support of white men. Many commentators agreed. ‘Hillary Clinton doesn’t need white men‘, insisted the Washington Post – supposedly because they make up a declining share of the electorate and can therefore be ignored. Of course, we all know what the result was – white voters were crucial to Trump’s election upset. Nevertheless, liberal commentators are still urging the Democrats to ‘get over’ white working-class voters in the upcoming midterms. They are surplus to electoral requirements, outsiders to the ‘progressive coalition… in all its multicultural, multiracial splendour’, according to one writer.

Democrats insist that white voters are electorally irrelevant. But when they disappoint the party and decide not to vote for it, they are painted as backward and irrational. Clinton’s defeat was rationalised by her allies as a ‘whitelash’ – not a rejection of a wildly unpopular candidate, but an outburst of racist rage. Clearly, white male millennials are picking up on this kind of language and are beginning to think that they are not wanted by the party.

A truly progressive party ought to be able to give voice to concerns that bridge racial and gender divides. It ought to have a more honest understanding of its past failures and a clear programme for the future. But if the Democrats continue to shirk responsibility for their electoral defeats, and continue to embrace identity politics, it won’t just be young, white men who abandon them.