They claim to speak for the many but they fear the 17.4million. 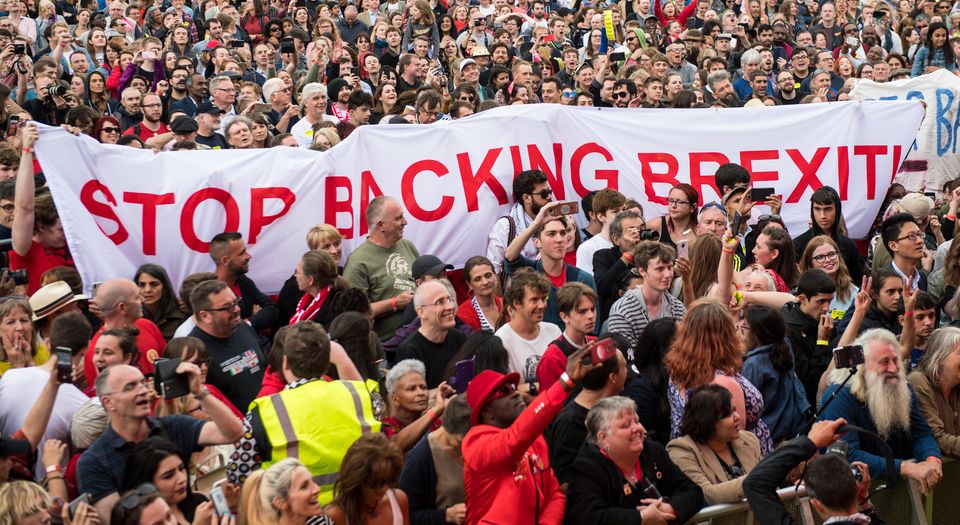 Jeremy Corbyn’s Labour Party is riddled with contradictions. It is beloved by young identitarians but led by the most pale, male and stale leader in the country. It is a movement caught somewhere between Old Labourism and nouveau eco-misiberalism. Its leading thinkers wonder out loud about a socialist space agency, while their shadow chancellor rails against Heathrow expansion…

But perhaps the most glaring contradiction of all is on the question of Brexit. Corbyn was a lifelong Eurosceptic, until he sold out his principles at the EU referendum and backed Remain. The working-class people who Corbynistas claim to speak for voted for Brexit in their millions. It has served the sort of blow to the global elites that left-wingers are always claiming to crave. And yet Labour Party members, Momentum-ites and hardcore Corbyn fans hate it with every fibre of their being.

At the recent Labour Live festival in London some young Labourites unfurled a banner that read ‘Stop Backing Brexit’. At the People’s Vote march (also in London) last weekend, which called for a second EU referendum, people chanted ‘Where’s Jeremy Corbyn?’, an oh-so-clever play on ‘Oh, Jeremy Corbyn’, the sick-making Glasto chant of 2017. Their beef being that Corbyn’s refusal to back full Single Market and Customs Union membership makes him a collaborator in a ‘Hard Tory Brexit’.

While those cunning stunts appeared to be the work of the more centrist tendencies within Labour, there is bubbling discontent in Corbyn’s own camp, too. ‘Most of Labour is pro-Corbyn and anti-Brexit – we must be heard’, wrote an activist for Momentum, the pro-Corbyn pressure group, in the Guardian this week. Labour for a People’s Vote, a new group led by several former Momentum members, is calling on Corbyn to back the campaign for another referendum, designed to undo that other ‘People’s Vote’ we had two years ago.

Some Corbyn fans aren’t quite as blinkered. There are those who have clocked that opinion hasn’t shifted on Brexit, that even those who didn’t vote for it think it should still happen, and that Labour would haemorrhage votes in its northern Brexity heartlands if it decided to betray the people’s will. But they still treat Leave voters like old racist uncles to be tolerated, and Brexit as an exercise in damage control. The anti-establishment, democratic spirit of the vote is completely lost on them. The main argument Corbynista columnist Owen Jones makes against a second referendum is that it would ‘poison our politics even more’.

The line from them now is that Brexit is little more than a distraction that should be discreetly, softly implemented so that Labour can get on with making the real ‘radical’ reforms that would deal with the economic forces that supposedly delivered us the referendum result. Not only does this position patronisingly imply that the Leave vote was just misplaced anger at Tory cuts — it is also, again, riddled with contradictions. First, because the Soft Brexit Labour is edging towards wouldn’t be implementing Brexit. And secondly because remaining tethered to EU institutions and rules would make Labour’s supposedly radical policies, like state aid and nationalisation, all but impossible to implement (just as they would have been if, as 95 per cent of Labour members wanted, we voted to Remain).

In any case, if what the people really want is Corbynomics rather than Brexit, they don’t seem to have cottoned on yet. A recent YouGov poll found, staggeringly, that the Tory Party is currently beating Labour with working-class voters by 11 points. While May’s dysfunctional, knackered party has hardly become a tribune of workers, at the 2017 election it nevertheless hoovered up voters in precisely the austerity-battered, Brexit-voting parts of Britain that Corbynistas claim their policies speak to.

That Jeremy Corbyn, who voted against every expansion of EU power, who was once the bag-carrier to the great Labour left Eurosceptic Tony Benn, has betrayed his opposition to the EU is at least rational. He and his comrades wanted to hold on to control of the party they had miraculously managed to capture a year earlier. With both members and MPs overwhelmingly backing Remain, him backing Leave would have made the splits over Syria look like a lover’s tiff. It was all pretty pathetic and unprincipled – but at least it made some sense. What is completely irrational, however, is his core supporters fighting to stay in a bloated institution, beloved of big business, the IMF and the big banks, set up to hem in their own platform, in the name of socialism.

The idea that Corbynism is dangerous and radical has always been a crock. His much-hyped 2017 manifesto was, in the apt words of the Observer, ‘Miliband microwaved’. Despite all the Labourite glee and Tory scaremongering about Red Jez, he’s a milquetoast social democrat, albeit one with a blindspot where Venezuela and anti-Semitism are concerned. What so seems to energise leading Corbynistas is less a radical political project, and more a reactionary cultural one: it is an exercise in defining oneself against the ignorant, uncaring mass, which is why, for all the inherent contradictions, being pro-Corbyn and anti-Brexit seem, for so many of his middle-class cheerleaders, to go hand in hand.

In the end, what makes Brexit so radical is what makes Labourites so wary of it. It was a radical break with the status quo, delivered not by middle-class do-gooders but by millions of ordinary people. That this mass vote for change, for a different and democratic politics, should spark only fear and confusion among supposed left-wing radicals is telling. This party, supposedly committed to transforming society for the good of the many, not the few, appears to be both terrified of change, and of us.