‘Shortening lives’ is what happens when we see people as inconvenient. 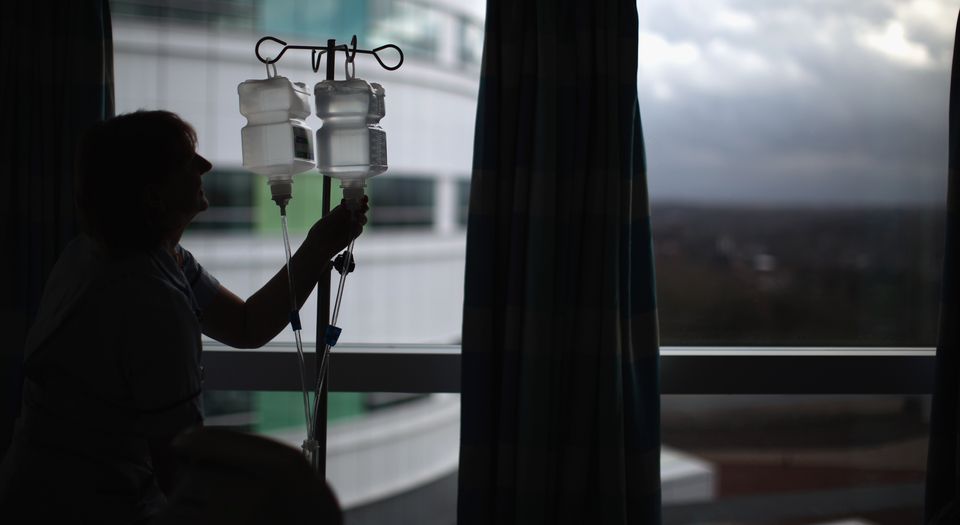 Writing in The Times, Dominic Lawson says there is something obscene about the ‘shortening’ of the lives of more than 450 patients who were staying in Gosport War Memorial Hospital. He is right.

The Gosport scandal concerns the ‘shortening’ of 456 patients’ lives through the excessive use of painkillers at the hospital in Hampshire between 1989 and 2000. An inquiry, the Gosport Independent Panel, says such ‘life-shortening’ had become virtually routine.

The use of the word shortening is striking. We might say that Jack the Ripper ‘shortened the lives’ of prostitutes in the East End of London. In fact, if we employ the rather ludicrous measurement of time left – QALYs, or quality-of-life years, as some experts say when referring to care for the elderly in particular – then the doctors who presided over the regime of ‘shortening’ lives in Gosport undoubtedly stole more time than the Ripper could ever have managed.

Even the term ‘patients’ in this discussion masks the real people involved, with their experiences, lives, loves, families, and, yes, hopes. The report into the scandal anonymised mothers, fathers, grandmothers, brave veterans, beloved teachers, aunts and uncles, friends and rivals, reporting as if they were victims of some foreign disaster rather than having been purposefully killed.

There are, admittedly, some situations – now thankfully rare – when a doctor must heavily sedate patients to prevent suffering in the last hours of life. But Gosport wasn’t like this. It appears that the killings took place because the people involved were ‘inconvenient’. This was revealed in a meeting between members of staff about an annoying patient, where the following alarming exchange took place: ‘We agreed that if he wasn’t careful he would “talk himself on to a syringe driver”.’ According to the report, that patient, who was able to walk, talk and dress himself, did have a syringe driver and died the next day. Many others were also seemingly despatched for being irritating. Fifty-five per cent of those who were given lethal doses of diamorphine were not in pain. In 29 per cent of cases, the notes give no justification at all for the lethal dose.

Much more than an event like the Grenfell disaster, the treatment of these individuals indicates how far a moral crisis besets this country. As expressed all too clearly in our language, human lives are no longer sacred. Another euphemism beloved by people like Polly Toynbee, who summoned her mother from the grave yet again to argue for legalised assisted suicide, is ‘choice’. Everyone wants to have choice. ‘Compassion and Choices’ is the new, improved name for the Euthanasia Society of America. British lobbyists Dignity in Dying (formerly the Voluntary Euthanasia Society) want to ‘allow a dying person the choice to control their death’.

Let’s leave aside the fetishising of the moment of death when people seem to want their favourite music playing (hint: you won’t hear the end of the song). It is actually this misuse of the concept of ‘choice’ that led to the monstrous events in Gosport. The ‘choice’ referred to by pro-assisted dying organisations is actually suicide. But by calling it a choice, we remove all moral responsibility from the action. The culture of assisted dying reduces the most profound decision a human can make – whether to shuffle off this mortal coil – to a medicalised menu selection. The decision to execute a human being in the United States – even a horrific rapist/murderer – is at least attended with ritual and ceremony, as if something of huge moral importance is occurring. With assisted dying, suicide is given as a treatment option in a pamphlet. The message is ‘we won’t judge’ – that is, ‘we don’t care if you live or die’.

If such an ‘option’ is offered so casually to individuals, why would it be surprising that a doctor should treat human lives just as casually? If the act of suicide carries no real moral responsibility for the individual, why would killing a patient – or ‘shortening a life’ – carry any special moral responsibility for a doctor? We make it easy to wink and, as the Gosport report notes, tell the nurses to ‘Make the patient comfortable. I am happy for nursing staff to confirm death.’

Elderly people already find themselves resented for inconveniently continuing to exist, for voting for Brexit, for blocking beds, for taking up the time of harried NHS staff. Assisted suicide is always preferred for those who have little time left. In the country that has tolerated assisted death the longest – the Netherlands – plans are afoot to extend assisted death to all those over 70 who are ‘tired of life’. How many lonely elderly Dutch people will be despatched in a similar fashion to the patients at Gosport?

Hopefully someone will be found responsible for the crimes that took place in Gosport. But it is really an entire culture that supports assisted dying, that believes that life and death are nothing but menu selections, that must be changed if we are to avoid future scandals like this one.