The real reason degrees are getting easier 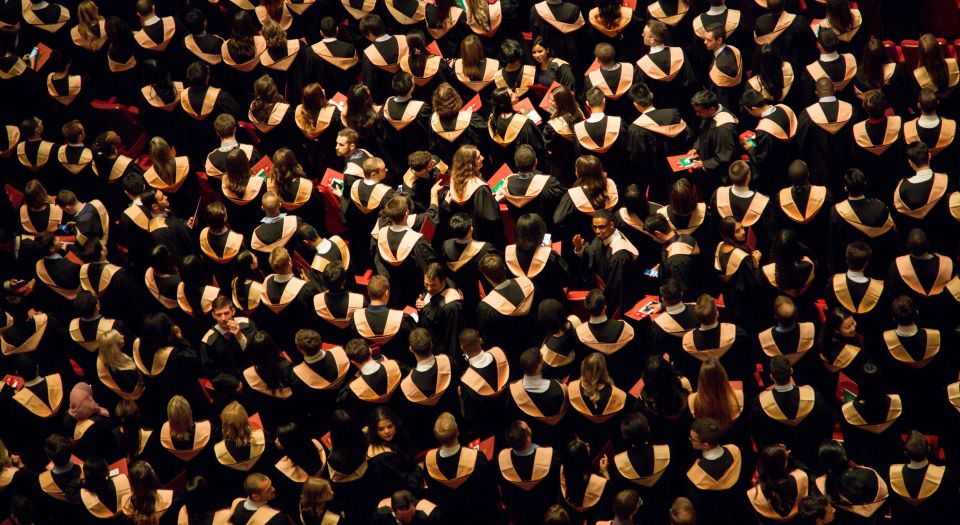 Grade inflation in British universities is rocketing. A report published by the educational charity, Reform, reveals that from 1997 to 2009, the proportion of first-class degrees awarded almost doubled from seven to 13 per cent. From 2010 to 2017, the proportion of firsts doubled again from 13 to 26 per cent, climbing from 22 to 26 per cent from 2016 to 2017 alone. The percentage of students getting a 2:1 has also increased from 40 to 49 per cent since 1995, when figures were first recorded. The proportion of students getting a good honours degree (a first or 2:1) has increased from 40 to 75 per cent since 1995.

The Reform study rightly dismisses most of the usual explanations for this, which all fall under the broad heading of ‘marketisation’, such as league-table competition and students seeing themselves as ‘customers’. These trends may be worth challenging in themselves, but as the report notes, there is little research evidence demonstrating the impact of these changes on grades.

Instead, it suggests grade inflation can be put down to two main causes. The first is the use of ‘degree algorithms’, which are used to translate marks achieved during a degree programme into a final classification. Around half of the UK’s universities have changed their algorithms over the past five years. They made these changes to try to ensure that students are graded similarly to those at comparable institutions. One way these algorithms cause grade inflation is that many of them effectively discount poor performance in one or more modules, which leads to a higher final result.

Secondly, the study confirms what academics already knew to be true anecdotally – that lecturers are being pressured to mark their students more generously, particularly those from disadvantaged or minority groups. Most lecturers simply comply with these demands. And when others insist on maintaining standards in the face of this pressure, they tend to get into trouble with university managers. They can also find themselves isolated by colleagues who see high standards as a threat to achieving social justice.

But while algorithms and managerial pressure have played a role, the Reform report misses another important factor: the introduction of ‘learning objectives’, which spell out what students are expected to learn, and ‘marking criteria’, which assess students’ work according to these objectives. These criteria degrade education enormously, turning the pursuit of knowledge and insight into a regurgitative, tick-box exercise. If a student has to write a 3,000-word essay on a topic with six learning objectives, the easiest approach to get the top grade is to write 500 words on each objective. The lecturer then marks it in accordance with the matching marking criteria. Lazy student work is met with lazy marking by lecturers. Under this instrumentalist approach, marks inevitably increase and standards decline.

This style of teaching and marking reflects the transformation of higher education into what is, in effect, higher training. Working to reach tick-box objectives is usually a feature of training programmes, where at each stage people are required to demonstrate that they have acquired a particular skill. In education, however, students are supposed to learn and develop their ideas in response to criticism – it’s a naturally more open-ended process.

The shift towards this tick-box culture is often blamed on marketisation and the introduction of business-like practices into universities. But it is really the result of academics’ failure to defend education as an end in itself. Few challenged the introduction of ‘learning objectives’ and few today challenge their consequences.