The problem with Scotland’s war on smoking

SNP plans for a ‘tobacco-free’ nation smack of petty authoritarianism. 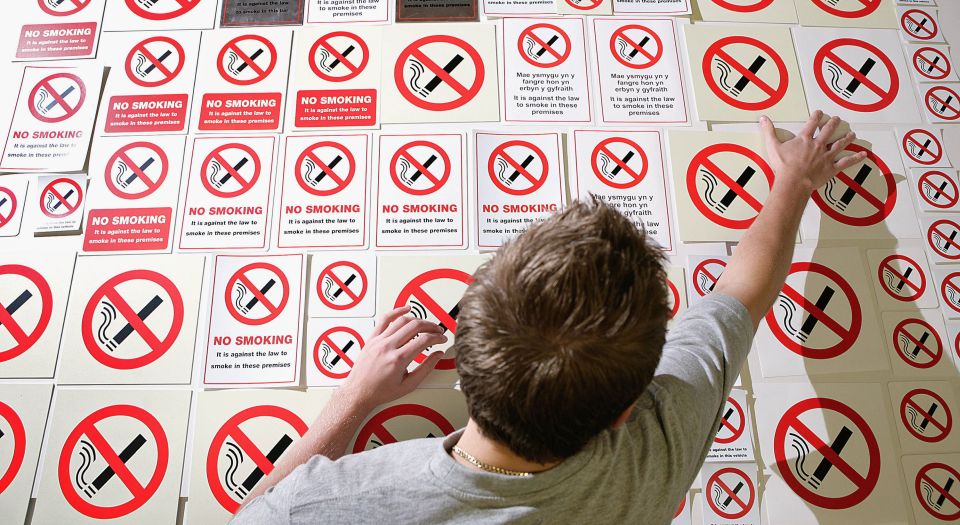 Last week, the SNP government published the latest instalment of its tobacco-control strategy, ‘Raising Scotland’s Tobacco-Free Generation’. The report proposes a various new measures to try to ensure that the generation of Scottish kids who turn 21 in 2034 will have a smoking rate below five per cent.

But unfortunately for Nicola Sturgeon and Co, Scotland’s tobacco controls are already so excessive, short of full prohibition, that there’s little left for the government to outlaw. In Scotland, there is already a comprehensive smoking ban in enclosed ‘public’ spaces (including private establishments like pubs and clubs that welcome the public). Branding and advertising of all kinds are banned, as are displays of cigarettes in shops. Taxes on tobacco are eye-wateringly high. Smoking in hospital grounds is already restricted, as is smoking in cars when anyone under the age of 18 is on board.

So what new policies can we look forward to in the drive to keep kids tobacco-free? One measure proposed in the report is a media campaign that will urge smokers to ‘take it right outside’. One unfortunate side-effect of tenancy agreements that ban smoking in the home is that smokers are pushed out on to communal stairwells and landings. This then exposes non-smokers to the cigarette smoke that would otherwise be confined to smokers’ homes. Smokers will therefore be encouraged to go ‘right outside’ and smoking bans will be extended to cover communal areas. In addition, social-housing tenants may be offered the chance to live in a smoke-free building. But perhaps government efforts might be better placed in cutting the social-housing waiting lists (137,000 people were registered in Scotland as of March 2017), rather than fretting over residents’ smoking habits.

Smoking is currently being outlawed in Scottish prisons, including outdoor recreational areas. A ban on smoking within 15 metres of hospital buildings will also be imposed this year, aiming to ‘remove the visibility of smoking from environments in which people are facing health challenges’. Presumably, the very thought of someone in a smoking shelter outside having a cigarette is so stressful that it might hinder a patient’s recovery. The ban also aims to ‘help protect people – patients, visitors and staff – from the health risks associated with second-hand smoke’. Of course, the actual risk of exposure to second-hand smoke outdoors is ludicrously small. While there are no practical benefits to this change, the real purpose of the measure is to try, in the public-health lingo, to ‘denormalise’ smoking.

These pointless, wrongheaded policies are as sensible as it gets, however. Now that we know that debranded ‘plain packs’ with gruesome health warnings and off-putting olive-green boxes have failed to make smoking unattractive, serious consideration is being given to making the cigarettes themselves look ugly. This could be done through ‘changes to colour, composition and/or warning messages on each stick’, says the report. Heated tobacco products (aka ‘heat-not-burn’ devices) could also be banned because they are ‘so similar to smoking’. But, of course, they are different in a crucial way: they don’t produce smoke.

When it comes to e-cigarettes, the report’s serious contradictions become apparent. It admits that e-cigarettes have been a popular way for people to quit or at least cut down on tobacco cigarettes. So they will be included in the ‘Quit Your Way: With Our Support’ offering from pharmacies and hospitals. But the government is also considering an advertising and promotion ban on e-cigs. While the report recommends improving patient access to the very risky drug varenicline (aka Champix), which can worsen depression, it wants to make it more difficult to learn about e-cigarettes, a much safer alternative.

The rest is more of the same: bottomless funding for anti-smoking groups like ASH Scotland, more media campaigns, endless lecturing to schoolchildren about the risks of lighting up (aimed as much at parents as the wee’uns themselves). None of which will make a jot of difference to individuals’ decisions about taking up smoking as adults.

The report’s recommendations also fly in the face of public opinion. A survey for Forest, the smokers’ rights group, also published last week, found that a majority of Scots – 54 per cent – think anti-smoking policies have gone too far or far enough. Even more, 57 per cent, think pubs, private-members clubs and working men’s clubs should be allowed to have a well-ventilated, separate smoking room. Most Scots would even allow designated smoking areas in prisons and hospital grounds. The people of Scotland seem to be a lot more tolerant of smokers than their representatives in the Scottish parliament.

What is striking about the new government report is the language. It speaks not of ‘non-smoking’ but ‘tobacco-free’, as if this was a clinical status, like being HIV-negative. The report demands that we ‘fight the influence of tobacco over children and young people’, as if baccy were a malevolent, foreign power. Most of all, the idea of the government creating a ‘tobacco-free generation’ is just an unwarranted imposition of the values of the great and the good on the whole of Scottish society. Hey Holyrood, leave them kids alone.