Trump’s critics have destroyed the memory of the Holocaust

Comparing Trump’s policies to the Holocaust is a species of Holocaust denial. 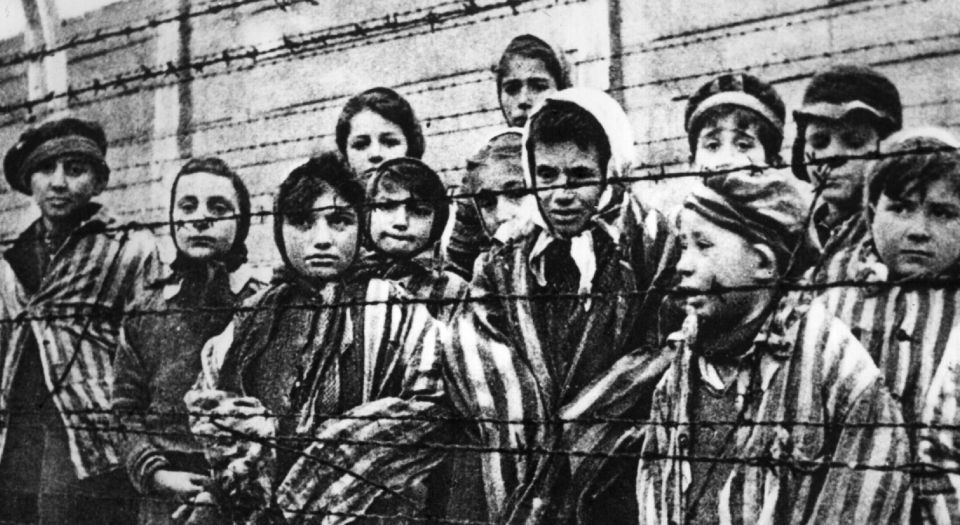 An extraordinary thing happened in internet culture this week: Godwin repealed Godwin’s Law. Godwin’s Law is the idea that the longer an internet discussion thread drags on, the more likely it is that one of the discussants will mention Hitler. Rashly and inappropriately. They’ll compare their opponent to Der Fuhrer or say, ‘This is how Nazism started!!!!’. Reductio ad Hitlerum, as some call it. The law was invented by Professor Mike Godwin, an American attorney. And this week he scrapped it. To the delight of virtual leftists and Trump-bashers who are champing at the bit to say ‘TRUMP IS LITERALLY A NAZI’, Godwin tweeted in relation to the Trump administration and its child-migrant policy: ‘By all means, compare these shitheads to Nazis. Again and again. I’m with you.’

The response was one of glee. ‘Godwin has officially suspended Godwin’s Law’, tweeters crowed. The ‘actual, literal creator of Godwin’s Law’ has okayed Hitler comparisons, they whooped. They could now crack on with their hysterical likening of Trump to Hitler, and everything he does to what happened in 1930s Europe, without having to worry about someone shouting, ‘Godwin’s Law!’ at them. It so perfectly sums up the arrogance of the Twitterati and opinion-forming set: for years they mocked the Hitler-obsessed ‘below the line’ (BTL) commenters on their Tumblr blogs or Guardian columns, and even instituted an internet law to paint them as vulgar idiots, and now they themselves embrace mad Hitler blather and have scrapped the law that said such online talk was wrong. One online law for thee, another for me.

They can dress up their adoption of the Reductio ad Hitlerum worldview as a legitimate political position as much as they like. They can carry on saying, ‘Ah, but Trump’s policies really are like Hitler’s, which means my Nazi comparisons carry more weight than those of the non-Oxford-educated blowhard I had to block on Twitter because he kept saying “Hillary is Hitler”’. But they’re not fooling anyone. Except themselves. The rest of us know they are now just like the BTL people they once slagged off: confused, angry, rash and willing to exploit the greatest crime in history if it helps them to register and advertise their emotional fury with political developments. They are BTL people now, though they’re above the line, still all over the media, busily making it acceptable to talk shit about the Holocaust in public.

This week, with the controversy over Trump’s separation of families arriving illegally from Mexico, has represented a turning point in their popularisation of the Hitler comparisons they once chided. They refer to the places in which the children of illegal migrants are being housed as ‘concentration camps’. The former director of the CIA, Michael Hayden, tweeted a photo of Auschwitz with the words, ‘Other governments have separated mothers and children’. Pre-empting the suspension of Godwin’s Law, a writer for the New Statesman said: ‘Stop talking about Godwin’s Law – real Nazis are back.’ Twitter buzzes with Trump-as-Hitler talk. ‘This is how the Holocaust started’, they all say.

This is how the Holocaust started. This is wrong in itself: the Holocaust started with racial laws forbidding Jewish and Gentile inter-marriage and severely restricting Jews’ rights to work, move and speak. Trump’s America has passed no law that bears the remotest resemblance to these hateful racial edicts. But perhaps this claim that Trump’s behaviour echoes the start of the Holocaust represents a tiny pang of conscience among those who are exploiting the horrors of the mid-20th-century to signal their disgust with Trump. Perhaps they know, at some level, that it is mad – not to mention immoral – to compare Trump’s policies to the Holocaust itself. To compare the temporary removal of children from their parents to the shoving of children into ovens. Actual ovens. The vast majority of children who were sent to Auschwitz were put in an oven and gassed to death and then their bodies were burnt, leading to their ashes raining down on their parents who had only been enslaved rather than gassed. They were gassed later.

That is what happened at Auschwitz. Does Michael Hayden know this? Do the thousands of people who retweeted his Auschwitz-Trump comparison know this? If they do, then their commentary on Trump’s child-migrant policy is more foul than the policy itself, because it renders Auschwitz mundane. It diminishes the horrors of that death camp through comparing them to some temporary, excessively harsh migrant controls at the Mexican border. To speak of the gassing to death of hundreds of thousands of Jewish children in the same breath as the temporary removal of scores of Mexican children from their parents insults those dead Jewish children. It relativises their suffering. It says it wasn’t that bad; it was merely on a spectrum with the largely ordinary stuff that happens in politics today.

This is the fundamental problem with the media class’s feverish embrace of Hitler comparisons and Holocaust talk. If you say, ‘Stop comparing everything Trump does to the events of the Holocaust’, they think you are defending Trump; no, we are defending the memory of the Holocaust. We are trying to protect the truth of the worst crime in human history from your casual, thoughtless, profoundly cynical exploitation of it, and by extension your denigration of it. You are making the Holocaust seem ordinary. You have reduced it to just one of those things that happens when politicians go overboard with legislation. You have denuded the Holocaust of its uniqueness, and in doing that, you have made Trump’s own excesses seem almost forgivable in comparison.