Why the British Museum should keep the Elgin Marbles

Museums should resist the pressure to repatriate ancient artefacts. 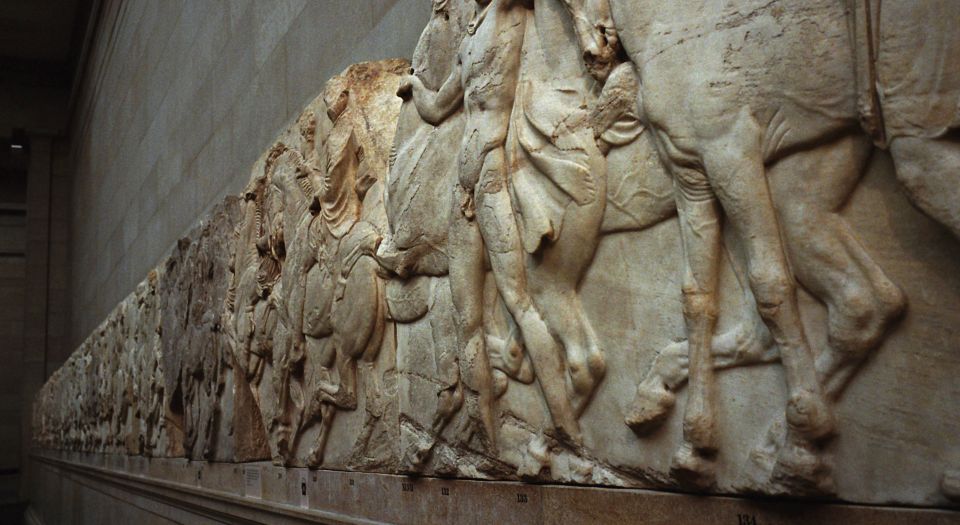 In a recent interview with the Greek newspaper, Ta Nea, UK Labour leader Jeremy Corbyn promised to return the Elgin Marbles to Greece if he becomes prime minister. These iconic examples of Ancient Greek sculpture, created in Athens in the 5th century BC, have been in the British Museum in London for over 200 years. They were brought to Britain by Lord Elgin in the early 19th century, with the permission of the then rulers of Greece, the Ottomans. A long-running campaign to return the marbles to Athens claims that their rightful place is in the new museum next to the Acropolis.

Corbyn says he would also order the repatriation of other colonial-era artefacts. Pressure on museums to repatriate artefacts acquired under colonial rule is increasing. This month, a major UNESCO conference was convened to discuss these issues and to find a way of managing all the demands for repatriation from international bodies and national governments.

Although there may be legitimate arguments for the return of some artefacts, either now or in the future, doing so by political diktat is dangerous. As we all know, politicians tend to focus on the here and now, responding to the pressures of the moment. They are susceptible to putting political expediency above the preservation of cultural heritage and scholarship.

The belief that a nation or community ‘owns’ an ancient artefact if it was produced within its borders might seem like common sense. But it is important to challenge this view. In reality, the connection between ancient civilisations and modern societies can be quite tenuous. Making a claim of ownership on a simple geographical basis often ignores the centuries of history that have transformed local, regional and national cultures.

The Elgin Marbles are a case in point. Who do these beautiful sculptures belong to? They were created in Athens. But Greece – the nation as we know it today – did not actually exist at the time. Rather, the Greeks populated the area around the Aegean, the Black Sea and Mediterranean. There were about 1,500 (often quarrelsome) city states and communities with their own laws and armies. Collectively, they created the Ancient Greek civilisation, the first advanced society in Europe, now seen as the cradle of Western civilisation, which also influenced civilisations to its east. To see the Parthenon sculptures as belonging to one European country is to misunderstand their place in human history.

Besides, the care and preservation of historical objects should be our primary concern. As Tiffany Jenkins argues in Keeping Their Marbles, there should be only three questions that govern where significant historical artefacts are kept: What is best for the objects, for scholars and for the public? Where are they best cared for and displayed? How do they best serve the development of scholarly knowledge and public interest?

Jenkins suggests that the status quo works well for the Elgin Marbles. The two largest portions of the sculptures that decorated the Parthenon Temple on the Acropolis nearly 2,500 years ago are divided between Athens and London. One group is now beautifully displayed in the new museum in Athens, so millions of visitors can see them near the temple they were created for. The other group is displayed in the British Museum, where millions of visitors can see them alongside the works of civilisations that influenced their creation and which they, in turn, influenced. This is the best of both worlds.

It is true that some of the world’s treasures were dislodged from their original homes under dubious circumstances. But while the repatriation of these treasures might carry symbolic value among political and social elites, they do nothing to solve current inequalities. What is more, the safety and survival of these artefacts is put at risk when they are used as diplomatic bargaining chips, or get caught up in a nation or community’s quest to assert its identity and status.

It is right for museum experts and cultural leaders to consider whether a particular object should be returned to its original location. But they also need to recognise the benefits of having these treasures from very different parts of the world all in one place, where scholars and the public can study and appreciate them.

European museums, including the British Museum and the Louvre, hold ‘an extraordinary repository of the high points of human achievement across many different cultures’, writes Nick Trend in the Telegraph. Subjecting these treasures to political diktat serves only short-term ends and risks tearing apart these collections. That would be to the detriment not just to these museums, but to the international publics and scholars who visit them.