The false alarm over ‘fake news’

The voter-blaming elites have really lost touch with truth and reality. 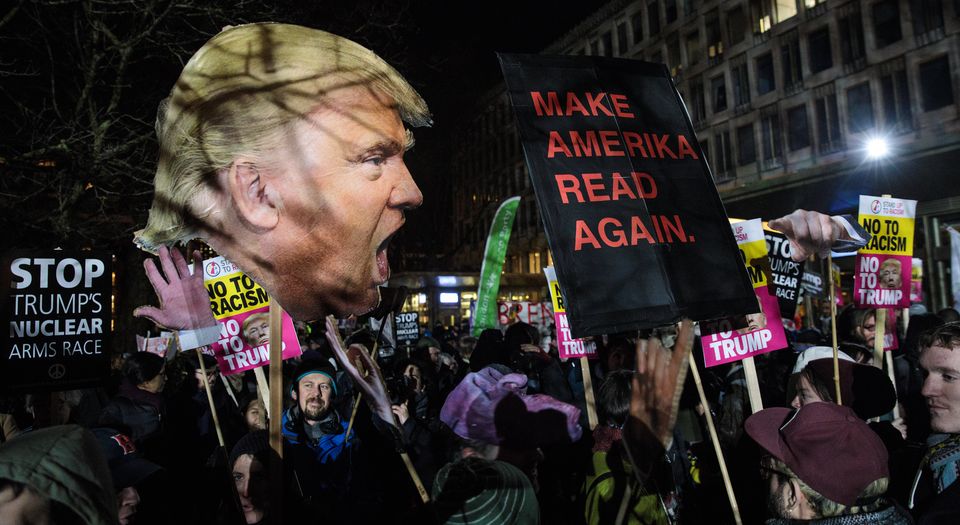 spiked’s editor-at-large, Mick Hume, recently spoke at the Westminster Media Forum conference, ‘Next Steps for Tackling Fake News’. This is an edited version of his remarks.

This morning’s discussion is about the implications of ‘fake news’ for the media. Well, the first thing we have to do as journalists and news organisations is to ask some journalistic questions. To question not only the stories that we’re told are fake news, but also to question the motives behind those who have made fake news such a major issue – what some of us might describe as the fake-news panic.

First question: what’s new about fake news? It has been around at least since reports were circulated of the Greeks having left a beautiful wooden horse as a gift to the people of Troy. If we talk about international relations and conflict, war propaganda is as old as war itself, from the tales about Germans raping Belgian nuns to the dodgy dossier about Iraq. There’s a good reason why our late colleague Phillip Knightley used the famous phrase ‘The first casualty of war is truth’ for his history of war reporting.

So why is there such a fuss about fake news now? Some might suspect that the explosion of social media simply means that governments and the mainstream media are upset because they have lost their monopoly on disseminating fake news.

The more important question is, when we’re told we must act against fake news: who decides what is fake news and what isn’t? The government? Judges? Simon Cowell? Who is going to decide what we are allowed to hear or read and judge for ourselves? Donald Trump wants to crack down on what he calls fake news – not in my name, Donald, thank you. France’s President Macron says he’s going to ban fake news during the French election campaign. In other circumstances that would be called state censorship.

We’ve just been hearing this morning about the European Commission having a ‘high-level group’ discussing how to counter fake news. So the unelected, unaccountable European Commission is going to have an opinion on what we should or should not be allowed to read, hear and digest at moments of important political decisions.

We have this fashion now for fact-checkers and gatekeepers in the media. Last year we heard about new software, developed with the support of the UK Office for National Statistics, which apparently – and I quote the Guardian – ‘scans statements as they are made by politicians and instantly provides a verdict on their veracity’. Great! So we don’t have to bother thinking for ourselves anymore; we’ve got a bit of software that will provide an instant verdict on whether our politicians are right or wrong. Perhaps the Office for National Statistics should be upgraded and renamed the Ministry of Truth.

When I hear that kind of thing it reminds me of my old Latin teacher beating into me the famous phrase, ‘Quis custodiet ipsos custodes?’. Who guards the guardians, who watches the watchmen? Well, who checks the fact-checkers? Who keeps an eye on the gatekeepers? This is the key question for all attempts to restrict freedom of speech and freedom of the press – who is to decide?

The last big question is, who benefits from this panic about fake news? I think there’s a political agenda being pursued here, as much by those who go on about fake news as there is by any Russian blogger. It’s a response to the major setbacks that the political elites and establishment have suffered in recent years. They somehow lost an election to Donald Trump, they still can’t quite believe it. And 17.4million people refused to do what they were told and voted Leave in the Brexit referendum.

They’ve got to have some explanation that gets them off the hook. Oh, those Russians, as Boney M would say. Or let’s blame Facebook or the idiots from Cambridge Analytica and their – this is their word, not mine – ‘mindfuck machine’. If you seriously believe that 17.4million people, the largest vote for anything in British political history, voted Leave because of fake news, or 63million Americans voted for Donald Trump because of what some Russian blogger is doing in his mum’s back bedroom, then I question who it is that’s lost touch with truth and reality.

We hear lovely code words in civilised forums like this – we’re told people don’t make ‘aware decisions’, they’re not making ‘informed choices’, so they need more guidance. What’s really being said is, they’re making the wrong decisions as far as we’re concerned, they’re voting for the wrong things, like Trump and Brexit and populist parties across Europe.

If you want to believe that 63million Americans are too thick to be allowed the vote then you’re entitled to that opinion. But under democracy people have the right to vote for the wrong things. Tough. You can’t choose which bits of democracy you accept. Once the democratic genie is out of the bottle it might not grant you all your wishes. You’ve got to have the argument and win the argument. I understand why the elites are really upset, it must be a devastating thing to lose to Trump, but the explanation is not to blame the voters.

It’s a fake discussion, a false alarm. What the political class is expressing when it talks about fake news is its absolute contempt for the public, who it believes are what the American experts call ‘low-information voters’, by which they mean low-intelligence voters who will be persuaded by some old rubbish they see on the internet. They’re making excuses for their own failure and their solution is always more control and less free speech.

There are more people in Britain today being arrested and prosecuted for what they say and think than at any time since the 18th century. That is not a good sign of a 21st-century liberal, free society. We’ve got people being convicted for teaching their dog to do a Nazi salute on YouTube. It’s just ludicrous. The hard fact is that freedom of speech is always for the other fellow, for fools, frauds and even fascists. The last thing we need is more restrictions and controls not only on what idiots are allowed to say, but more importantly on what we are allowed to hear and read and judge for ourselves.

The response of the media and journalists to the panic about fake news should be to focus on maintaining and improving the professional core of journalistic standards. Not to get involved in trying to regulate what other people are saying, but to concentrate on what we’re saying and make sure that it’s right. And to defend freedom of the press. In the latest league table, the World Press Freedom Index, the UK is 40th in the world. That is surely a far more pressing worry than what some Russian blogger is saying on Facebook.