The Yes vote was great, but Yes smugness is worrying. 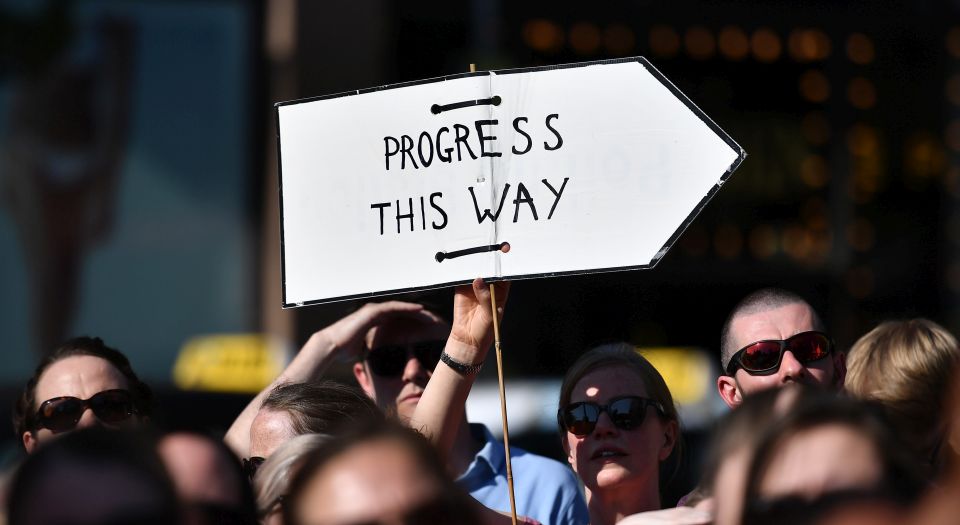 On 25 May, as more than two million Irish citizens trekked to polling stations to cast their votes in the most divisive referendum this country has seen since the last time we voted on abortion in 1983, the issue was conspicuous by its absence on the Irish airwaves.

The broadcasting moratorium on discussion about the topic of the referendum had kicked in the previous day. But while nobody could speak about it live on air, the early reports coming in suggested the Yes side, which wanted to repeal the Eighth Amendment and legalise abortion, was on its way to securing a decisive win.

The general consensus was that this would be a reasonably close-run affair, and while the Yes side had always been confident of a victory, memories were still fresh from the divorce referendum in 1995. On that occasion, when the Republic of Ireland was the only country in Europe that still outlawed divorce, the referendum to legalise divorce passed by fewer than 10,000 votes. After a close call like that, campaigners were wary of taking anything for granted, but by lunchtime, the exit polls were swinging comfortably in favour of Yes. Just how comfortably, however, was still unclear.

That a country which had previously rejected abortion by a commanding 67 per cent should do an almost complete 180 and decide to adopt it by the strikingly similar figure of 67.4 per cent will remain something for the statisticians to mull over for decades to come. The No side were hoping that they had a cadre of silent voters who had kept their opinions to themselves, and the Yes side fretted over that very same possibility. But while the Irish electorate can be an unpredictable bunch, the result was never really in much doubt.

In the space of a few short years, Ireland has gone from being a society which prided itself on being a good, obedient Catholic country to its current status as one of the most legislatively liberal states in the Western world. It has led the way on gay marriage, and in its efforts to shrug off the stifling authoritarianism of its past, it is determined to be as liberal now as it was once conservative. Ultimately, despite all the hand-wringing and fears of a late surge for the No campaign, by Friday afternoon it was all over bar the shouting – which of course, this being Ireland, is still going on.

The build-up to the referendum began sensibly enough. But the shared masks of civility worn by both sides were quickly discarded as old scores were settled by veteran campaigners, while younger, first-time voters, turned it into a very modern, identitarian fight.

Anyone who voted against abortion, according to the younger campaigners, was a vestigial Catholic throwback. The No side were quick to snarl at their opponents, too, with one leading No campaigner, Ronan Mullen, attracting particular contempt for his comments during a live TV debate. He told a woman who had an abortion that ‘you deserve love and respect, no matter what you’ve done’. In a campaign that was fraught with tone-policing by both sides, and where everyone was looking for proof of the other side’s inherent wickedness, remarks such as that were more helpful to the Yes side than any number of poster campaigns or hashtags.

Yet while the international media were busy discussing how this was all the final nail in the Catholic Church’s coffin, many Irish people were genuinely baffled. Because the convenient image of a country which had just emerged, blinking into the light, after centuries of being held captive by the church, simply doesn’t stand up to scrutiny.

It has been years, perhaps even decades, since the church could sway an Irish referendum. For most Irish people under the age of 40, the days of Rome Rule were simply pages from our unrelentingly grim history books. If anything, most of the No campaigning was done by lay Catholics and anti-abortion doctors, rather than by the more easily dismissible priests and bishops.

But the smarter conservative campaigners knew that the end result was never really in doubt and it was just a question of trying to emerge with a respectable scoreline. That they couldn’t even manage that, and were instead on the wrong side of an absolute trouncing, took everyone by surprise, not least the Yes campaigners themselves, who have now decided that, seeing as they’ve won the war, they might as well enjoy the spoils. As far as can be reasonably deduced from the results, conservatives in this country are now in a one-third minority, and the newly crowned liberal rulers of Ireland have no intention of letting them forget it.

While many who voted to repeal the Eighth did so with a heavy heart and sense of civic obligation, the exultation of some of the leading Yes figures has left something of a sour taste in the mouth. There has always been the suspicion that a section of Irish liberals resented the church, not because they were free-thinkers, but more because they envied the control once enjoyed by the religious hierarchy. And, sadly, authoritarianism is as much a natural instinct for these people as it was for the forces they have now deposed.

Some columnists from that bastion of middle-class condescension, the Irish Times, have been voluble in their conviction that the losing side has ‘no mandate’, and therefore No campaigners should be exiled by broadcasters such as RTE and Newstalk. There have been pieces in other papers such as the Herald with headlines like, ‘Can I still remain pals with a No voter?’. The answer, not surprisingly, was in the negative. Meanwhile, renowned bores such as comedy writer and co-creator of Father Ted, Graham Linehan – the Garfunkel to Arthur Mathews’ Simon – have been busy waging their tedious and irrational Twitter campaigns against wrong-thinkers.

In the big scheme of things, the result was a great day for Ireland. More importantly, it was a great day for Irish women. The fact that we will no longer outsource our abortions to English clinics is a genuine source of relief, and no little pride. It shouldn’t be forgotten that many of us honestly thought we would never see this moment in our lifetimes. This was a victory for personal choice and freedom, ushered in by many people who still oppose abortion on moral grounds but who don’t feel qualified to impose that morality on others.

That, however, shouldn’t be allowed to overshadow the growing mood of smug censoriousness and casual contempt coming from so many on the winning side. After all, Irish people didn’t resist the stultifying death grip once held by the church simply to replace it with a new, equally obnoxious, class of secular clerics.