The silencing of schoolteachers is out of control

How the education ‘blob’ uses intimidation to quash dissent. 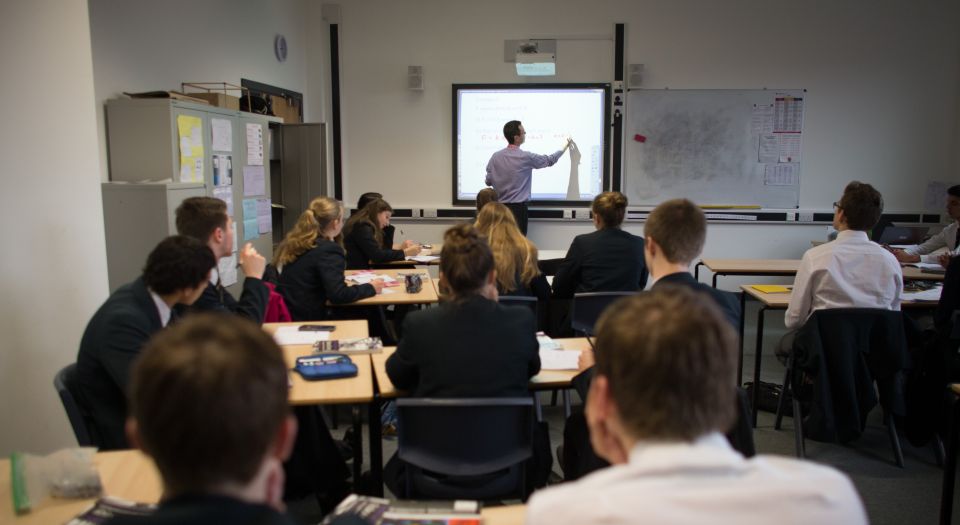 The perilous state of free speech in universities is today well-known. Although less visible, there is an equally censorious atmosphere among schoolteachers. The classic, 1950s sci-fi flick The Blob is a particularly apposite metaphor for the highly politicised groupthink of the teaching profession. It features a massive, amorphous creature that devours all with which it comes into contact, getting bigger, angrier and redder the more it does so.

My friend Aisling discovered the power of the blob firsthand just after the Brexit vote. Around 70 per cent of teachers were estimated to be pro-EU. Once Aisling’s primary-school colleagues found out she had voted Leave, she had to stop going to the staffroom because of the daily haranguing she received. She started sitting in the IT room instead, until the day she was ‘forced out’ and ‘pursued from room to room by the IT manager’. ‘The sense of consensus was total’, she says.

When press stories claimed that Brexit had led to a rise in hate crimes in schools, Aisling began to fear for her career. The more she tried to explain that her reasons for voting Leave were innocent, the more she was putting her job in jeopardy. Other teachers were making her out to be a racist – and therefore a danger to children. She left the school soon after.

Other teachers have reported similar experiences. But it is not only Brexit that exposes the teaching profession’s problem with free thought. The blob will brook no dissent even over questions like how to teach – once seen as a matter of individual, professional judgement.

On social media, the trend runs wild. On Twitter, I recently criticised a new, faddish pedagogic technique. (I felt it to be a just a rehashed version of 1970s-style progressivism). The teacher who developed it responded to disagree and we had a robust debate in good faith.

But the response of other teachers was shocking. A number of them began trawling the internet for information on me and started sharing it among themselves. Unsettling tweets started appearing, making thinly veiled references to things like my qualifications, where I have previously lived and even my late father. Then came the bizarre – and completely false – accusations that I was part of a criminal conspiracy. These attempts to intimidate me into silence were made not by bedroom-bound losers, but by teachers. Among them were even prominent speakers and bloggers on education and in one case, a well-known author.

Recent stories, collected by the teacher and blogger, Andrew Old, confirm the extent to which some teachers are now prepared to go in order to silence debate. Old discusses the increasingly popular technique of ‘school-shaming’, in which schools – particularly more traditional ones – are subjected to ‘campaigns of online intimidation and abuse, negative media coverage and vexatious Freedom of Information requests’. For instance, the Great Yarmouth Charter Academy was forced into the media spotlight by a school-shaming social-media campaign because the new headteacher had introduced some strict behaviour rules. In another case, a new teacher was forced to scrap her blog following a Twitterstorm over her views against progressive education policies. A teacher-trainer allegedly advised her that it would be easy to find out where she worked and so her job could be at risk.

Most chilling of all is when online threats spill over into real life. Teachers who have expressed dissenting opinions have found their schools bombarded with demands that they be investigated as their views apparently make them unsuitable to work with children. Some teachers are even reported to the police. Often, the people behind these threats are happy to make clear that they are education professionals. Old says he has been threatened with legal action – just for recounting these tales on his blog.

I, too, was recently advised by a leading employment barrister (an old friend of mine) to stop talking about education online. Better still, apparently I should deactivate all my social-media accounts because expressing your thoughts online is now one of the easiest ways a teacher can be fired.

This climate of censorship among teachers is growing – both within schools and online. What starts with acts of intimidation against the few who dare to dissent will end in the self-censorship of the many. Society faces a bleak future if the people charged with teaching the young how to think become too afraid to think for themselves.