Harry, Meghan and the future of the royals

Monarchism is weaker than it looks. Sadly, so is republicanism. 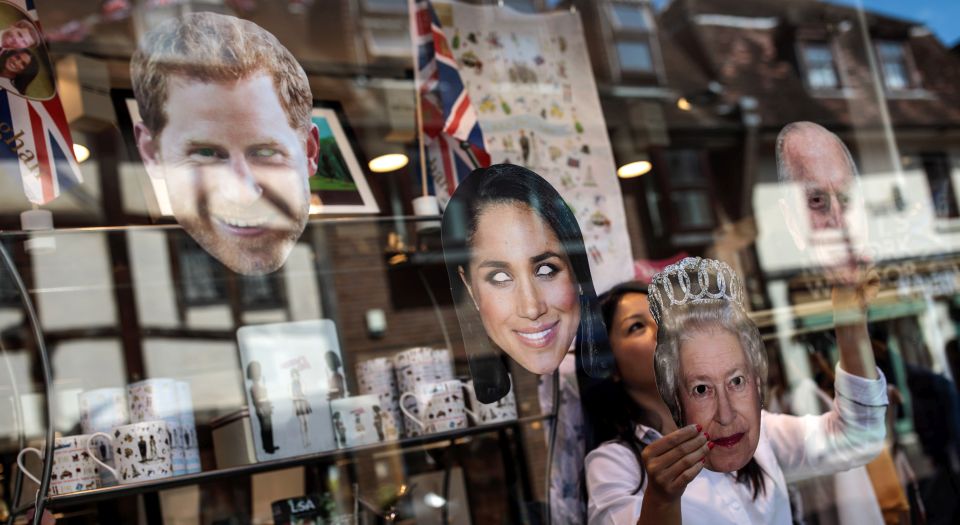 ‘Will republicanism survive Harry and Meghan?’ So ran the headline of an article in the Guardian last week. The journalist John Harris was reporting from Leeds, where he was hanging around for a day with the Yorkshire chapter of Republic, the anti-monarchy organisation, as they leafleted a May Day parade.

There, among left-wingers, Labourites, members of the brass band, Harris found people fond of or at least relaxed about the monarchy, in the run-up to the wedding of Prince Harry and the American actress Meghan Markle. The most strident republican he found was a 61-year-old punk, complete with dyed-black mohawk.

But the burning question for republicanism today is not can it survive the happy couple, or, with Prince William and Kate Middleton, this new generation of woke royals who talk about mental health, feminism and seem to have given the monarchy a PR boost. Rather, the question is: can republicanism survive republicans?

Because, for decades, republicanism has been the preserve of a narrow section of society, the metropolitan liberal-left, the middle-class intelligentsia, who seem increasingly adrift from the values that should animate republicanism. Prince among them: democracy.

In the wake of the Brexit vote, a historic demand for sovereignty and control, the plodding-on of the House of Windsor feels even more of an anachronism. Her Maj may not wield direct power. But at a time when a fierce debate has broken out about where power resides – among the majority who want Brexit or a parliament that doesn’t – the legitimacy of the monarchy should surely be called into question.

The idea of Her Majesty’s Government, the Queen’s Speech, and Royal Prerogative powers may largely just be matters of inherited custom. But such symbolism feels increasingly out of whack with this fiercely democratic age. If democrats are to defend the will of the people and give popular sovereignty meaning, then surely the Sovereign can’t go on forever.

And yet on the monarchy goes, with seemingly large support from the very same masses who voted Leave in June 2016. At the last count, Ipsos Mori had support for the monarchy at 76 per cent. If a referendum was held tomorrow, the result would likely make the 17.4million look like chump change.

The argument for constitutional monarchy has always, obviously, had an anti-democratic undertone to it. Even George Orwell once entertained the thought, suggested to him by a French journalist, that the monarchy is what saved Britain from fascism. ‘Modern people’, he wrote in 1944, paraphrasing his interlocutor, ‘can’t get along without drums, flags and loyalty parades, and that it is better that they should tie their leader-worship on to some figure who has no real power’.

That is still a truism among monarchist intellectuals today, even if dry, bloodless questions about tourism revenues and the cost of a monarch vs the cost of a president so often dominate the discussion.

Dangerous emotions. Strange passions. Hitler. If this all sounds familiar it’s because this is precisely the sort of spectres the elite Remainer set see in post-Brexit Britain. And while Orwell was at least talking about a Europe actually awash with fascism, and was making a far more nuanced point, so many today see the mere desire of the British public to break free from a technocratic trading bloc as proof that we are wandering down dark, old alleys.

And herein lies the paradox for many republicans, the source of tension around many Hampstead dinner parties as the royal nuptials approach. They rage against Brexit, they rage against the throng, they hope that some Blairite like David Miliband, like some noble on horseback, will come riding to Britain’s rescue and stop Brexit… those most likely to dislike the monarchy are also desperate for their own kind of king.

Meghan and Harry’s engagement also brought this cognitive dissonance to the fore. Republican broadsheet the Guardian ran a frontpage comment piece proclaiming it a great day for diversity. ‘From now on, it will be impossible to argue that being black is somehow incompatible with being British’, it read, seemingly conceding the point that the royals embody what it means to be British.

So obsessed are these people with diversity, so convinced are they that Britain is a bit racist and in need of role models on high to put us straight, that they were effectively making arguments for monarchs as moral exemplars. And so as the wedding festivities begin, the usual sneering at the royalist masses and their commemorative crockery has been conspicuous by its absence. But for the worst of reasons.

That republicanism has become such a snobby and conflicted endeavour is a shame. Because the monarchy’s popularity is more precarious than it looks. People like the queen, but, according to a recent poll, just a fifth want Prince Charles to succeed her. The British public don’t have a hardwired belief in hereditary monarchy; they are just fond of the royals, like a bit of tradition, and think Big Liz is doing a good job.

Much has been made of the canny celebrification of the Windsors, the younger royals’ decision to turn themselves into a more gilded version of the Kardashians. But making the monarchy a species of celebrity will only make it more vulnerable to the flits of public opinion. Indeed, for all the broadsheet interest in the woke Harry and Meghan, it seems the public are a little more cool on them. When the engagement was announced, a poll suggested 52 per cent were ‘indifferent’.

The monarchy should be abolished, and there’s no better time than now to make the argument that no one should get to represent us because of the accident of their birth. We’re on the verge of another deeply unpopular King Charles taking the throne, after all. Monarchism is weaker than it looks. But the republican side is sadly even weaker.