Why Labour didn’t win and Twitter lost the local elections. 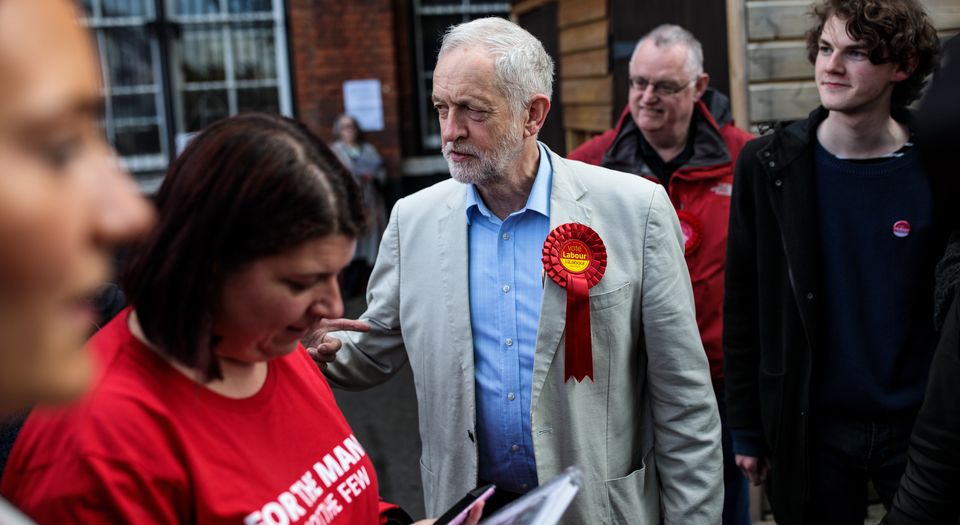 Yes, they were only local elections and only held in some areas of England. But there are still a few things we might glean from last week’s political snapshot.

‘No Overall Control’ – NOC – describes a council where no party has a ruling majority of seats. It could also describe the UK parliament after Theresa May’s Tories lost their majority in last year’s General Election. And NOC captures the current state of political battle, as reflected in the English local elections.

To judge by these polls neither May’s Conservatives nor Jeremy Corbyn’s Labour Party has any real dynamic, command of the political moment or solid core support. The BBC’s national projection suggests each party would get a lacklustre 35 per cent of votes. Only around 36 per of those entitled to vote were sufficiently moved to vote for anybody. Some of those who did vote were so unenthused by either big zombie party that they elected the corpse of the Liberal Democrats, notably in well-to-do Remainer redoubts such as Richmond and neighbouring Kingston upon Thames.

This looks a bigger problem for Labour. Despite all their well-publicised disasters and divisions, the Tories did a bit better than expected, comfortably holding on to flagship London boroughs such as Wandsworth, Westminster and Kensington and Chelsea and even gaining control of Barnet and a few councils outside the capital. Labour failed to make the breakthroughs that it both needed and predicted; Corbyn had to travel down to Plymouth for his rather sad-looking ‘victory rally’. Even Labour’s London bastion refused to become a one-party city state. And in Derby, the ousted Labour council leader even managed to lose his seat to UKIP.

If Labour is seriously en route to power, a ‘government in waiting’ as Corbynites claim, then it should be gaining hundreds of seats in local elections against a tired Tory Party that has been in government for eight years – especially in these elections, concentrated in urban areas where the party is strongest. Instead Labour picked up a few dozen more seats and even lost some councils. No opposition party in modern times has won a national election without cleaning up locally first.

The NOC elections suggest that Labour is well short of where it needs to be and leave the Tories in situ for now – if not exactly in control.

But plenty of change

It might appear that little changed in last week’s elections; but appearances can be deceptive. Below the surface, political loyalties are shifting unpredictably.

Of the 4,371 council seats contested over 150 authorities, Labour gained just 77 overall, the Tories lost 33 seats and the Lib Dems gained 75. Most councils remained unchanged. In another time that might reflect a lifeless deadlock between two moribund parties, a state of political stasis. But look deeper and changes are afoot.

Labour, ‘the people’s party’, is turning into the party of the metropolitan middle classes, notably in London and provincial cities such as Manchester. The Tories, meanwhile, seem to have won support from more working-class voters outside the big cities and in outer London, especially in Leave-voting areas that might have been Labour’s home ground not long ago.

These organisations now resemble traditional Labour and Conservative parties in name alone. The changes point to a new divide in British politics.

They told us that these local elections would be about ‘Bins, not Brexit’. What a load of rubbish. This was largely another Brexit election.

The initials might be the same but the L/R political divide that matters now is not the left v right battle of the past 200 years, but the Leave v Remain split post-2016.

Even the EU lackeys of the Lib Dems picked up votes and seats in Remainer areas. But Labour is the party on which most metro Remainers are now pinning their hopes. They sense the way Labour policy is drifting towards Remain-by-another-name, despite the leadership still being formally committed to ‘respecting the referendum result’ – aka ‘Brexit, But…’.

Many Leave voters apparently also see Labour as a Remainer party now. Sky News detailed how the Tories did well last week in former Labour areas with big Leave majorities, such as Dudley (70 per cent Leave), Nuneaton (65 per cent) and Basildon (67 per cent). In Leave-backing Amber Valley, where Labour had the local MP until 2010 and which it would need to regain to win a majority in Westminster, the Conservative vote in the local elections was reportedly up by 16.5 per cent.

Despite being led by Remainers, May’s Tories have become the uncomfortable receptacle of many voters’ hopes for Brexit. They haven’t a clue what to do about it and are hopelessly torn about which way to turn. But they risk paying a heavy price for letting Leavers down.

Either way, nobody can seriously pretend that Brexit is not the dominant issue in UK politics. How the parties respond will determine their future. They should know by now that their chances of managing a quiet compromise/sell-out behind closed doors are slimmer than UKIP’s hopes in Kingston.

One obvious loser last week was the UK Independence Party, left with only three seats on councils where it won 126 in 2014. One top UKIP official tried to strike a positive note by comparing his party to, er, the Black Death, which came back when everybody thought it had gone for good!

Many in the political and media elite, who try to equate a vote to Leave with narrow-minded ‘Little England’ nationalism, would have hoped that UKIP’s demise also meant support for Brexit was withering away. No chance. UKIP might have a bad case of the black death, but Brexit lives.

Brexit was always far bigger than UKIP. Contrary to the post-referendum Remain propaganda, those 17.4million Leavers voted for more democracy and sovereignty, not to elect then UKIP leader Nigel Farage as prime minister.

UKIP’s amateurish organisation might have all but collapsed. But the Brexit spirit behind its sudden surge four years ago lives on, as reflected in the switch of Leave voters to the Tories last week. If those voters are let down as badly as Remainers on all sides of parliament would like, then the ghost of UKIP or something similar may well return to haunt them.

There has been much post-election comment about the gap between Labour’s predictions of success and the actual results. Contrary to pre-poll claims by the likes of Labour mayor Sadiq Khan, the party got nowhere near winning the Tories’ flagship London boroughs, gaining just one seat in Kensington and Chelsea despite the Tory council being lambasted over the Grenfell Tower disaster. Elsewhere, Chris Williamson, Corbynite MP for Derby North, tweeted that, ‘It’s the easiest period to campaign for Labour in my entire life’. Labour ‘easily’ lost control of Derby city council to the Tories.

The experts concluded that Labour had suffered a failure of ‘expectations management’ by talking up their prospects too far. This suggests the problem was merely one of ‘spin’. But it goes much further than that. Most of the wild pre-election claims were made by Labour’s social-media smartphone activists, led by the likes of Guardian columnist Owen Jones. They were not spinning lies. No doubt they really believed Labour would sweep the board, because everybody in their surreal little world agreed with them. In the overwhelmingly left-wing bubble of Twitter and related social media, a Labour landslide was never in doubt.

That, however, proved to be a long way from the public sphere of politics, where millions of normal people go out and cast actual votes. The Spectator’s gossip columnist, Mr Steerpike, gleefully listed how Labour had failed to win every council confidently targeted by Jones’ flailing ‘Unseat’ campaign, asking ‘Is Owen Jones the new Eddie Izzard?’ – the cross-dressing Labour celebrity famous for backing the losing side on everything.

They won’t be listening, but let this be a lesson to them all not to confuse issuing smart-arsed tweets with winning an argument on the street. Social media relates to society about as much as reality-TV shows reflect the real world where political issues are decided.

Democracy is not to be denied

Every prediction-busting election now seems like another reminder to our political elites that, more than ever, they cannot take democracy for granted. There are no more unlosable safe seats, no solid core constituencies of support that will vote for politicians who treat them with contempt. The demos – the people – are revolting.

The elites now recoil in horror from ‘too much’ democracy. It was telling that, on the day of last week’s local elections, the Guardian chose to publish an ‘expert’ opinion piece arguing that, to avoid ‘crises’ such as Brexit or the election of Donald Trump, people should have to pass a test of their knowledge before being entitled to vote. As spiked tweeted in response, this sounds rather like a re-run of the literacy tests imposed under Jim Crow laws to prevent black people voting in the American south. Or maybe they’d like to bring back special university seats in the UK parliament, so that Oxbridge graduates get two votes again?

Only the latest illustration of the growing consensus among the political and cultural clerisy that, as on Orwell’s ‘Animal Farm’, all voters might be equal, but some voters are more equal than others.

Tough. As the ongoing battle for Brexit illustrates, the democratic genie is out of the bottle. It will not easily be forced back and corked up. Nor will it grant zombie democracy-trampling political parties their wishes on command, whether that means May last year or Corbyn last week.