The truth about Karl Marx

200 years after his birth, let’s remember how committed he was to freedom. 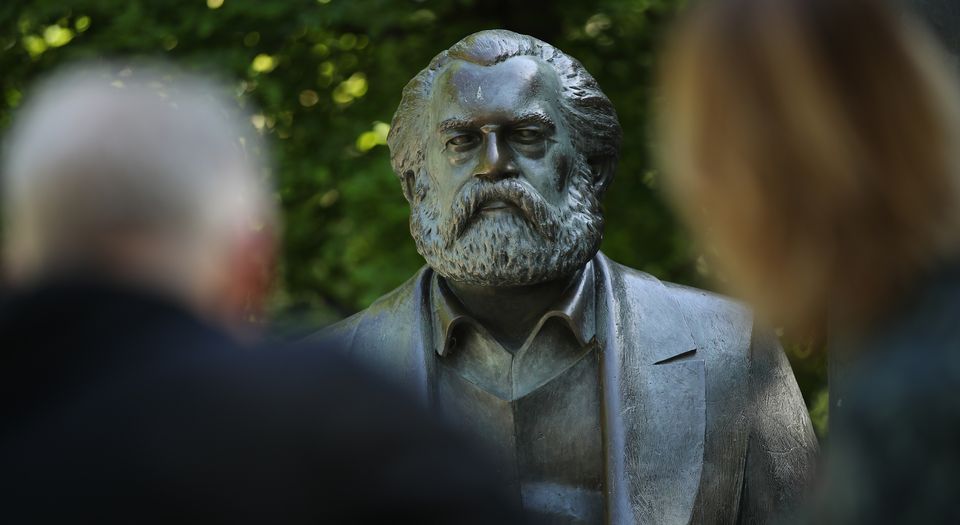 Born on 5 May 1818, Karl Marx became arguably one of the most important intellectual figures of the past 150 years. Loved and reviled in equal measure, the reactions that he provoked continue to influence the world. The ideology of Marxism has been used as a cloak of legitimacy by repressive and dictatorial regimes in China, the Soviet Union and pre-Cold War Eastern Europe. Meanwhile, anti-Marxism has served as a negative ideology for many reactionary intellectuals, who are far more certain about what they dislike than what they are actually for. Others, bereft of ideas that might have real relevance in the 21st century, dig out old Marxist texts in search of quotes that they might hurl at capitalist society. That so much political passion is still communicated through the image and words of Marx – by both the so-called left and the right – speaks to the singular influence of this radical intellectual.

Yet it is precisely because Marx has been turned into an ideological industry that it is difficult to assess his true intellectual legacy. Moreover, the linking of Marx with the ideology and movements that acted in the name of ‘Marxism’ confuses matters further. Far too many commentators cannot resist the temptation to read history backwards, and to attribute to Marx everything that has been said and done in his name. Just as a fatalistic, original-sin style teleology is used to blame the idea of the nation for the rise of people like Hitler, so Marx becomes the godfather of Stalin and Mao. Yet, as I have discussed in numerous essay over the years, what passes for Marxism is really a caricature of Marxism. Was it not Marx himself who said, ‘All that I know is that I am not a Marxist’?

It is still difficult to discuss the real role and contribution of Marx because so much of what is attributed to him actually comes from ‘Marxists’. I have always been struck by how much nonsense is attributed to Marx, and the casual manner in which people discuss his ideas without having studied or even read his theoretical works. Recently, I heard a Marxist academic hold forth on Marx’s theory of the false consciousness of the proletariat. When I told him that Marx never used this term, and that, moreover, this elitist notion is entirely alien to Marx’s work, he looked like a rabbit caught in the headlights. He, like thousands of so-called Marxist intellectuals, had never bothered to discover what Marx actually said on this and other matters.

It is very easy to misinterpret Marx’s philosophy if one simply relies on his interpreters. Some of the most widely discussed ‘Marxist’ concepts do not actually have their origins in Marx’s intellectual work. For example, there is this idea that Marx represents ‘the social’, whereas other thinkers are more interested in the individual. Yet such a counterposition between the individual and social is alien to Marx’s own thinking. Marx regarded the development of the self and the realisation of individual potential as the standard against which a society ought to be judged. Rightly or wrongly, Marx took the view that real individuality could not be realised within capitalist society. Indeed, his criticism of capitalism was in large part motivated by the importance he attached to the realisation of the individual self.

Marx got some important things wrong. In particular, his characterisation of the working class as the embodiment of the spirit of universality seemed to have been motivated by a quasi-religious desire to give meaning to ideas of universalism. After the Reformation, Christianity was divided and found it increasingly difficult to uphold its universalistic claims. The hopes invested by some in the Holy Roman Empire as the inheritor of Christian universalism were dashed. The Enlightenment era, for all its talk of universal values, failed to develop a means for working out the tensions between the particular and the universal. Marx devoted his energies to engaging with this problem through theorising about the universalistic impulses of human beings. For a while, his attempt to invest the working classes with a universalistic mission appeared to many as a plausible alternative to earlier, failed forms of universal thought. And yet in the following decades, especially from the First World War onwards, Marxists have been forced to devote most of their energies to the task of explaining why the proletariat failed to grasp the universalistic role assigned to it.

We can learn much from Marx’s theory of history, and from the insights he developed about how capitalist society works. That so many 20th- and 21st-century thinkers still talk about him and react to his ideas is testament to his incredible intellectual legacy. But instead of attempting to correct him or to develop his thinking, it is far better to leave him behind, where he belongs: in the 19th century. Were he alive today, Marx would likely be horrified by the way his ideas have become fossilised and turned into dogma. It was not false modesty that led him to say, ‘all I know is that I am not a Marxist’, but rather the realisation that his followers’ uncritical application of his ideas turned his work into something rigid and almost religious. ‘The materialist conception of history has a lot of [friends] nowadays, to whom it serves as an excuse for not studying history’, said Engels in 1890. With friends like these, it is not surprising that Marxism soon became detached from the humanist vitality that inspired Marx.

Those who mistakenly talk about Marx as the author of totalitarian nightmares should remember his personal commitment to freedom. It was love of freedom that motivated his opposition to censorship of the press by the Prussian authorities in 1842. He wrote: ‘Goethe once said that the painter succeeds only with a type of feminine beauty which he has loved in at least one living being. Freedom of the press, too, has its beauty – if not exactly a feminine one – which one must have loved to be able to defend it. If I truly love something, I feel that its existence is essential, that it is something which I need, without which my nature can have no full, satisfied, complete existence.’ These words are particularly apposite in today’s climate of conformism and censorship. And it was, of course, this same love of freedom that in the end undermined the dictatorships that were established in Marx’s name.