Forget Corbynism — the real ‘momentum’ is with Brexit

It’s clear now: Labour is the party of the establishment and status quo. 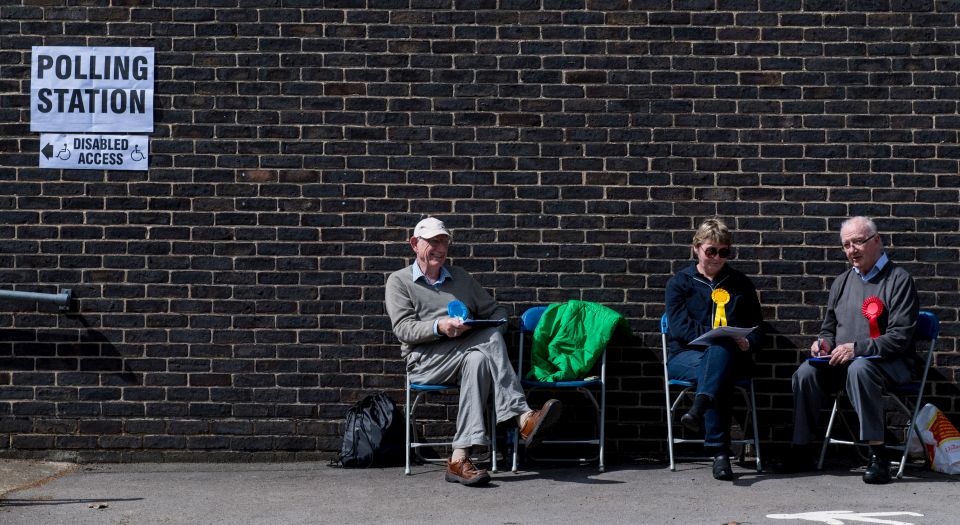 The turnout may have been low. The main theme may have been stasis, with neither of the two main parties managing to break or even bruise the other. And yet the English local election results nonetheless tell us a fascinating story of British politics.

They point, as other recent elections have, to an almost surreal realignment in the British political sphere, between a supposedly radical Labour Party that is in fact heavily invested in defending the status quo, and a grey Tory Party that is being looked to by many voters to do the most radical thing in British politics for decades: break with the EU. Forget red vs blue or left vs right: those divides have died. British politics is now a tussle between small-c conservatives who disguise their anti-change agenda in the language of radicalism (Labour) and big-C Conservatives who cannot cope with the radical expectations invested in them by much of the electorate (the Conservatives).

What is most extraordinary about the elections has been the inability of either of the two main parties to take advantage of the other’s various crises. Things didn’t budge much one way or the other. At the time of writing, Labour has won 1,595, a gain of 50, and the Tories have won 999, a gain of 13. This is best described as ‘meh’. The Lib Dems have conquered Richmond, confirming that very middle-class Londoners hate Brexit so much they’re willing to vote for a party led by Vince Cable rather than let those northern, Welsh and Essex plebs get their way. Labour took Plymouth, which surprised some. But outside of these shifts, not much happened. Labour didn’t get one over on a party of government that has had a rough time of it lately, and the Tories didn’t get one over on a party of opposition reeling from an anti-Semitism scandal.

This lack of advantage-making speaks to a dearth of dynamism, ideas and leadership in these two parties. A coherent, dynamic Conservative Party could have made mincemeat of the hapless Corbyn coterie and Labour’s fragmented party. That the Tories couldn’t do this is testament to their own profound internal confusions, the fact that they are now less a party than a collection of individuals with various agendas. The Tories seem to be living on borrowed time, or at least on the implosion of UKIP. UKIP’s vote has collapsed, and much of it went to the Tories. The Tories derive the small amount of dynamism they enjoy from UKIP’s political misfortune.

But it is even more telling that Labour has proved itself incapable of seriously wounding the Tories. This is a government, as Corbynistas never tire of reminding us, that is lost and split and scandal-prone. What does it say about the Corbyn machine’s own uselessness that it cannot make gains on the back of a useless government? Key Corbynista campaigners and even some of Corbyn’s frontbenchers made great play of Labour possibly winning control in Westminster, Wandsworth, Chelsea and Barnet. But it didn’t win any of these areas. In fact, Barnet went from No Overall Control to Tory control, no doubt because it has a large Jewish population and many Jews don’t like to vote for a party with an anti-Semitism problem. Labour’s unimpressive results suggest Corbynism is stuck. The excitable pre-election talk of turning places ‘red’ has had the effect of exposing the limitations and possibly exhaustion of the Corbyn phenomenon.

Indeed, this election confirms the myth of Momentum. That Corbyn-cheering group in truth has very little momentum in society. It might enthuse young, middle-class, well-educated urbanites, but it doesn’t touch people outside of that small privileged group. Its embarrassing ‘Unseat’ campaigning, in which Vice-looking middle-class youths sought to convince actual working people to give them their votes, were like snapshots of the gaping distance that now exists between the privileged groups who make up Labour’s activism circles and the working-class people who once made up its core vote. On one side, university-educated members of the social-media bubble who think any criticism of immigration is racism and are convinced Brexit was a harbinger of the new fascism, and on the other side, people who work for a living, live in the real world rather than on Twitter, think open discussion of immigration is a good idea, and who might even like Brexit and the upset it caused the political elites.

The real political momentum today is with Brexit. It is Brexit, not Corbynism, that has shaken up British politics and radicalised political discussion. It is Brexit, not Corbynism, that led to the demise of UKIP; to the injection of major issues, from national sovereignty to democratic rights, into our flat politics; to the rise of a serious discussion about whether we should now get rid of the House of Lords, too. And it is Brexit which, at least in the background of our ‘meh’ mainstream politics, is igniting passions and divides that could really enliven public life.

These elections confirm that, largely against the wishes of the parties themselves, traditional party politics is moulding itself around the real divide in Britain today: not Labour vs Tory, but Brexiteers vs Remainers, democrats vs technocrats, those who want change vs those who benefit from the status quo and thus want to keep it. Between a public that yearns for greater democratic clout over the affairs of the nation and an elite and its supporters that prefer to keep those affairs to themselves. So the Tories made gains largely in Leave-voting areas, while Labour increasingly becomes the party of the Remainer middle classes. The Conservative vote went up by around 13 points in areas where more than 60 per cent voted Leave. It lost seats in London, the Remainer city, while Labour continues to hold much of London.

This is the strangeness of politics today: on the surface it appears static, but beneath that surface, quakes are happening. Leavers are moving Tory and Labour is becoming the great hope of middle-class Remainers who fear the passions of the wider public. The great problem in British politics today is that the public want it to move in a new direction, and have continually indicated as much over the past two years, but the political elites cannot compute these desires, far less engage with them, and so they try to keep politics on the familiar territory of red and blue. The public wants to talk about Brexit, they want to talk about bins. We want a new, more profound politics; they take refuge in the knackered language of the 20th century. They are zombie politicians, leading zombie parties, allergic to the animation that ordinary voters have sought to inject into political life.

The main takeaway from this election is that people must, really must, stop referring to Corbyn’s Labour as a radical party. This party of Remain, of the capital, of praising the Lords for seeking to stymie the largest democratic vote in British history, of sneering at the little people who think borders are important and sovereignty makes democracy possible, is the opposite of radical. It has become, rather, respectable society’s much-hoped-for bastion against meaningful change. Momentum is flagging because it is openly against the greatest democratic momentum in British politics and even European politics right now: the momentum against technocracy and for democracy. A momentum that none of the old political parties can understand or represent.