Michelle Wolf and the rise of right-wing snowflakes

It was a roast. What did these whinging conservatives expect? 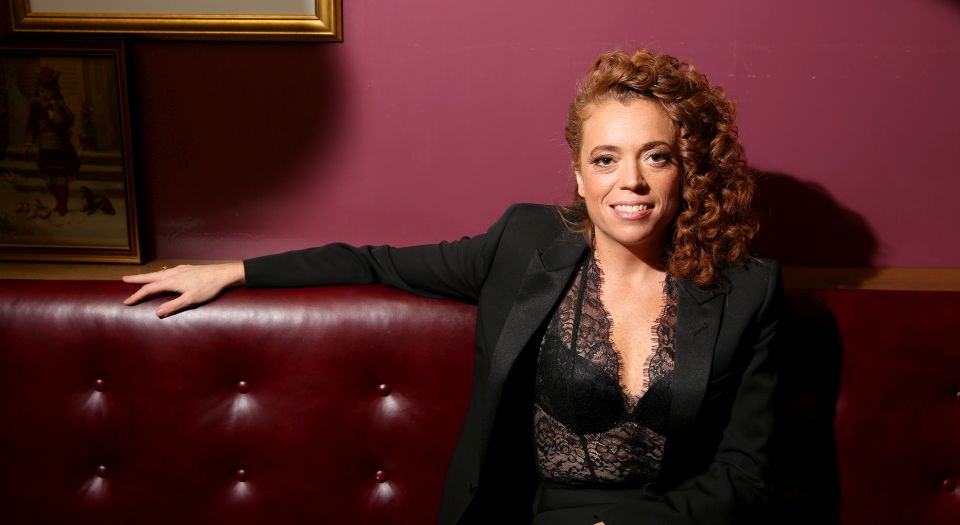 Sometimes you get what you pay for. On Sunday, Margaret Talev, president of the White House Correspondents’ Association, issued a repentant statement regarding comedian Michelle Wolf’s appearance at the association’s annual dinner. According to Talev, the programme of speakers was ‘meant to offer a unifying message’ about a ‘common commitment to a vigorous and free press while honouring civility’. Given that Wolf is a performer well known for her acerbic routines, and given that she was hired specifically to provide a ‘roasting’ of prominent figures in politics and journalism, it seems a little odd to express dissatisfaction that she so accurately fulfilled the brief.

There’s a good reason why the comedic ‘roast’ has been a tradition since Stephen Colbert’s performance at the correspondents’ dinner in 2006, in which he played a caricature of a conservative pundit in order to satirise George W Bush’s administration. This isn’t merely some exercise in bullying for the purpose of cheap laughs, it is a means to deflate the pretensions of the most powerful members of society. That Bush was present at the event made the comedy all the more potent. To take a ‘roasting’ in good grace is strategically wise for politicians. It has an instantly humanising effect, reminding voters that they are willing not to take themselves too seriously.

So it is peculiar that so much of the criticism levelled at Wolf has been due to the fact that press secretary Sarah Huckabee Sanders was sitting only a few feet away during the routine. ‘Every time Sarah steps up to the podium I get excited’, said Wolf, ‘because I’m not really sure what we’re going to get. You know, a press briefing, a bunch of lies, or divided into softball teams.’ Huckabee Sanders seemed far from impressed, although she must have seen this coming. Mendacity is as much a part of her job description as barbed jibes are part of Wolf’s.

Much of the subsequent debate has focused on the arguably lukewarm reception that Wolf received at the event itself. Some found it funny, others sat in appalled silence, many simply cringed. For all conservative critics’ bellyaching about how Wolf’s act was ‘mean-spirited, vulgar, and unfunny’, the discomfiture in the room strikes me as precisely the kind of reaction one would hope for from a ‘roast’. For many comedians, splitting a room isn’t necessarily a sign of failure. If the material is intentionally subversive, the effect is only enhanced when members of the audience are palpably rattled.

As comedian Ria Lina pointed out during a debate with George Galloway on Talk Radio, Wolf’s task was no easy feat. This was essentially a stand-up routine which could only ever be performed on this single occasion. The material could not be tested, and it was to be broadcast live to hundreds of thousands of people. Moreover, as any comedian who regularly performs at corporate events will tell you, the atmosphere is rarely conducive to a barnstorming gig. Irrespective of what anyone may think of Wolf’s jokes, her performance was astoundingly assured.

Perhaps the most revealing aspect of the media coverage has been the evident hypersensitivity of conservatives, the very same commentators who are so quick to decry thin-skinned millennials as ‘snowflakes’. Nobody could have been surprised to see Donald Trump join in with these complaints. ‘White House Correspondents’ Dinner was a failure last year’, he tweeted, ‘but this year was an embarrassment to everyone associated with it. The filthy “comedian” totally bombed.’

Of course, Trump’s defensive and petulant outbursts on Twitter have become tediously predictable. From his dismissal of Meryl Streep as ‘one of the most overrated actresses in Hollywood’ to his reference to the ‘short and fat’ Kim Jong-un, Trump has developed the kind of reputation better suited to cantankerous adolescents. There was a time when he would willingly allow himself to be publicly mocked, most notably in Comedy Central’s ‘Roast of Donald Trump’. But since being so successfully ridiculed by Barack Obama at the 2011 correspondents’ dinner, Trump’s sense of humour has been in terminal decline.

If anything, the criticism that Wolf has faced proves the indispensability of political satire. Her jokes may not have been to everyone’s taste – the same could be said for literally any comedic work – but the fact that Trump has felt it necessary to boycott the correspondents’ dinner since he was elected speaks volumes. If he could, Trump would doubtless follow the example of Recep Tayyip Erdogan, and make mockery of the president an illegal act. For a leader to fear ridicule is a clear sign of weakness. The controversy surrounding Wolf’s routine is a timely reminder that the satirist still has an important role to play when it comes to holding the powerful to account.