How did Britain end up at No40 on the world press-freedom rankings? 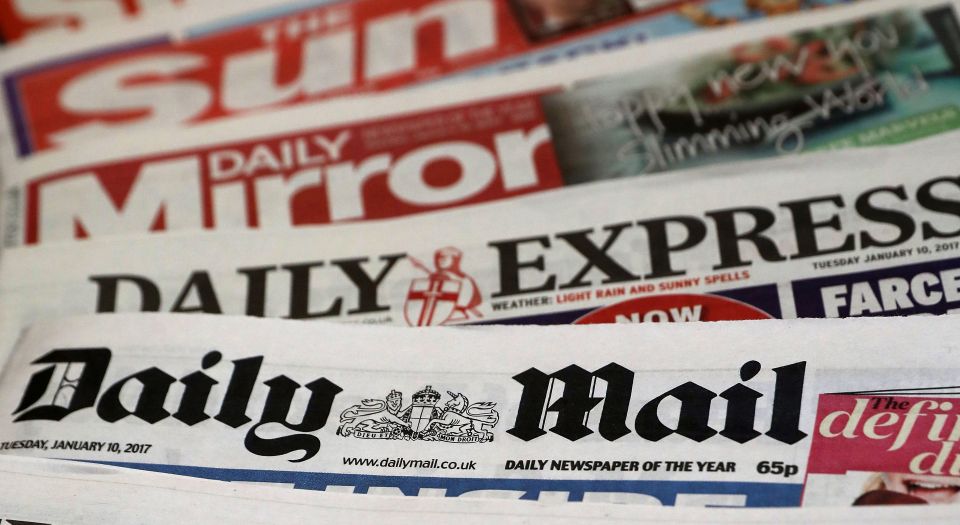 Britain prides itself on being an historic home of freedom and the free press. So how come we are languishing in 40th place in the international press-freedom table?

Imagine the crowds singing an updated version of Rule Britannia at the Last Night of the Proms, about how Britain ‘shall flourish great and free / The dread and envy of them all / Except for the 39 freer nations, obvs’.

According to the 2018 World Press Freedom Index, published on Wednesday by Reporters Without Borders (RSF), the UK is now ‘one of the worst-ranked countries in Western Europe in terms of respect for press freedom’.

Its 40th place puts the UK one ahead of Burkina Faso and two clear of Taiwan, and suggests that journalists working in Britain have less freedom to hold the powerful to account than those in such liberal states as South Africa, Chile or Lithuania.

British observers are far more likely to bemoan how far we have fallen down the world rankings in football, another field we claim to have invented. Unlike the glorious irrelevance of football, however, freedom of the press really is a matter of life and death for a democratic society.

The UK’s 40th place is unchanged from 2017. But that is 18 lower than its ranking in the first Index, published in 2002 – and 12 places down on six years ago, before the publication of the Leveson report.

That should give a clue as to the new threats press freedom faces in the UK. Unlike in some other illiberal parts of the world, we are not confronted by old-fashioned government repression and state control of the press. Instead, and especially since the Leveson Inquiry, press freedom in the UK has been threatened by a more underhand assault from allegedly liberal political and cultural elites – backed, to their shame, by the Labour Party leadership and the Corbynite left.

Few in UK public life will openly admit that they detest press freedom these days. Instead they pursue their crusade to tame the troublemaking press behind ethical-looking banners. Hence Lord Justice Leveson’s inquiry, ostensibly into phone hacking at the News of the World, became a showtrial of the entire ‘culture, practices and ethics’ of the tabloid press.

Similarly, today’s attempts further to hobble UK press freedom might claim to be pursuing such innocent-sounding goals as data protection or defending privacy. But the underlying message is always the same: that the press in Britain, in print and online, is somehow ‘too free’ to reveal truths that some want kept secret.

The RSF’s annual report notes some of the dangerous UK trends of the past year. There is the continuing struggle over the dreaded Section 40 of the Crime and Courts Act 2013, which would make publishers who are sued liable to pay the punitive court costs of both sides, even if they won the case. Theresa May’s Tory government has now said it will not enforce Section 40. Yet it remains on the statute book, with members of the House of Lords and Labour MPs chomping at the bit to see it imposed.

Meanwhile, the House of Lords passed amendments to the Data Protection Bill that would reduce the protection for journalists even if their stories are in the public interest. Of course, investigative journalism is impossible without trying to access hidden data. Which is why the Lords are keen on measures to keep the scandalous secrets of their unelected, unaccountable house hidden beneath their ermine robes.

The threats of Section 40 and the data-protection amendments are intended to force the press to sign up to the official state regulator, Impress, set up after Leveson by royal charter in a late-night deal between the leaders of Britain’s political parties and the celebrity-led press-hating Hacked Off lobby.

This is the first system of state-backed press regulation in Britain since Crown licensing of the printed word ended in 1695. Since national newspaper publishers understandably refused to submit to being policed by Impress, they have been threatened with parliamentary blackmail and coercion. It is a sad sign of the times that opposing state-backed regulation by royal command remains a priority in the 21st century.

Reporters Without Borders list other dangerous developments in the UK over the past year, from the Law Commission proposal to replace the Official Secrets Act with an ‘Espionage Act’ that could have seen journalists using leaked information jailed for up to 14 years as ‘spies’, to offshore law firm Appleby suing the BBC and the Guardian over their reports of the Paradise Papers – ‘the only two media outlets out of 96 in 67 countries that analysed the Paradise Papers to be taken to court’.

All in all, it might seem a wonder that the UK remains as high as 40th in the press-freedom index. The other wonder is that the liberal elite’s insidious assault on press freedom has been fulsomely supported by Labour and the left.

Freedom of the press has for centuries been a cause of radicals and the left, as the lifeblood of democracy. Yet the British left long since abandoned any notion of liberty in favour of greater state control. Labour figures such as deputy leader Tom Watson and (anti-)Brexit spokesman Keir Starmer could rival the most reactionary lords in their disdain for press freedom.

Outside parliament, meanwhile, the Corbynite left has adopted the role of stage army for the elites’ press-taming campaign. ‘There must be a reckoning between the people and the media’, one pro-Corbyn columnist ranted recently: ‘We are being let down and lied to by a press that serves elite interests….We’ve got to do something about it.’ Thus is an elite plot to curb the popular press perversely recast as a people’s crusade.

The radical British heroes who fought for press freedom down the centuries, from the Levellers through John Wilkes to Thomas Paine and the Chartists, might have something to say about that. People like them went to jail and even the gallows in the fight to free the press from state interference. Their ambitions were slightly higher than making Britain the 40th freest nation on Earth.

It might not be quite so bad to be ranked mid-table in a world where real press freedom was the norm. But the truth is that nowhere in the world is the press ‘too free’. And in Britain, in 2018, it is nowhere near free enough.