Unelected peers are engaged in an elitist revolt against the masses. 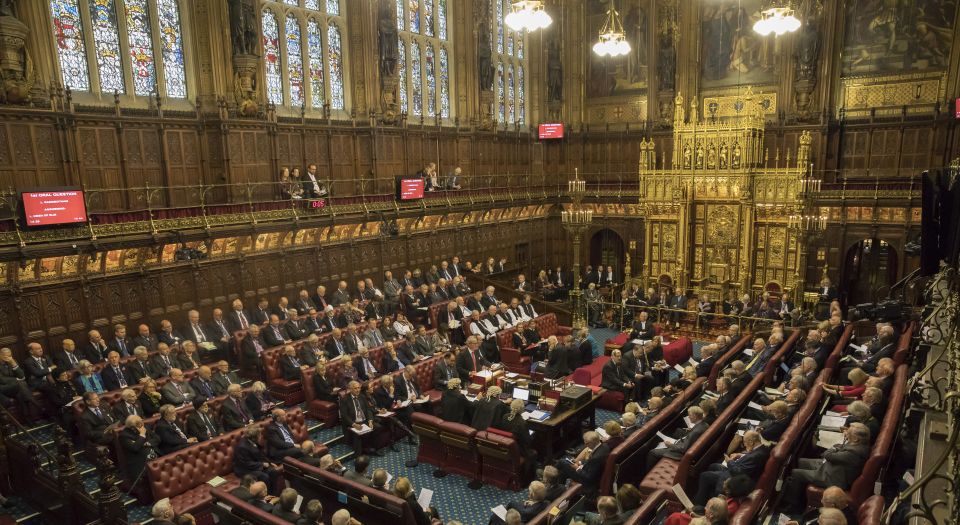 In voting to stay in a customs union after Brexit, against the wishes of the elected government and its Brexit Bill, the House of Lords has ‘inflicted an embarrassing defeat’ on Theresa May, says the Independent. Actually, the Lords has inflicted a defeat on democracy. On the public will. On the 17.4million people who voted for Brexit. On us, the people. In 2018, unelected lords, these appointed experts and holy men and ageing, failed politicians whom not a single ordinary Briton ever voted on to the red benches of the second chamber, have defied a government voted for by 13.6million people and a course of action voted for by 17.4million people. This is an act of true elitism, an insult to democracy, an archaic abomination that has no place in a modern society that values the views and beliefs of the populace.

The Lords, who have been bristling at Brexit and the plebs who voted for it for almost two years now, voted today to add an amendment to the Brexit Bill stipulating that the UK will stay in a customs union with the EU after Brexit. That is, they want to force the elected government to do something it doesn’t want to do. They want it to defy its own voters and the electorate at large who voted in historic numbers to ‘take back control’ from the EU, including control of our trade, which a customs union would make impossible. And some people are celebrating this. Media people, the Twitterati, supposedly ‘liberal’ Remainers – all are whooping the fact that the posh and pompous unelected chamber is heaping pressure on the Commons to go against the wishes of the commoners who voted for them and who voted to cut ties with the EU. And still these people moan when we call them enemies of democracy! If it walks like an enemy of democracy and quacks like an enemy of democracy…

The Lords’ vote and the response to it explodes many of the myths in contemporary British politics. It shatters the increasingly grating claim to victimhood of the Remoaner set, who far from being brave, plucky insurgents taking on The Man are in truth backed by virtually every wing of the establishment, from the business elite to the academic world to most of the political class to the Lords itself, that dusty, ghostly hangover from the old, virulently anti-public wing of the establishment. It destroys the idea that Remainer agitation is not about stopping democracy and might even help to re-energise democracy: please, what could be more anti-democratic, more destructive to mass political decision-making, than cheering as the Lords lecture the elected and the people? And it lays to waste the Corbynistas’ claim to be radical. That party and many of its members are delighted with the Lords’ haughty assault on democracy. Corbyn’s (anti-)Brexit secretary Keir Starmer says MPs must heed their Lords. ‘Bow before your betters’, in essence. Please, everyone, stop referring to Corbynistas as firebrands. Jeremy Corbyn’s Labour is in truth becoming the most reliable defender of the technocratic, people-suspicious status quo.

This vote captures what is at stake in the Brexit era: democracy, the right of ordinary people, whatever their station, their background or their educational achievements, to have a hand in shaping the future of society. The EU weakened our ability to do that, and now the Lords is trying to do so, too. The Brussels establishment and those sections of the British elite who are wary of trusting the public to make important political decisions are two cheeks of the same anti-democratic arse. The question of our time is this: who should determine the destiny of a nation – everyone, all of its adult inhabitants, or those who by dint of their education or connections or heritage think they know better than the rest of us? The cry for Brexit says, ‘Everyone’; the elitist rage against Brexit says, ‘Us, the more clued-up, the Oxford grads, the lords, experts, lawyers and do-gooders. We should have a greater say because we better understand the needs of the nation.’ This vile idea, and it genuinely is vile, finds expression today in the Lords’ elitist revolt against the masses.

It is understandable that ‘our’ lords should hate Brexit. They instinctively recognise the rebellious, highly democratic spirit in the people’s huge vote against the EU. And they know that if we are willing to throw out the technocrats of Brussels, we might just throw out their lordships, too. We should be given the opportunity to do precisely that. We’ve had a referendum on the EU and now we need a referendum on the Lords so that the democrats among us can say, ‘Abolish this perverse and archaic institution’. In the meantime, the elected Commons must reject the Lords’ amendment and put these petty tyrants back in their box.