Why do you hate Israel?

The question that hangs over the left, and which no one can answer. 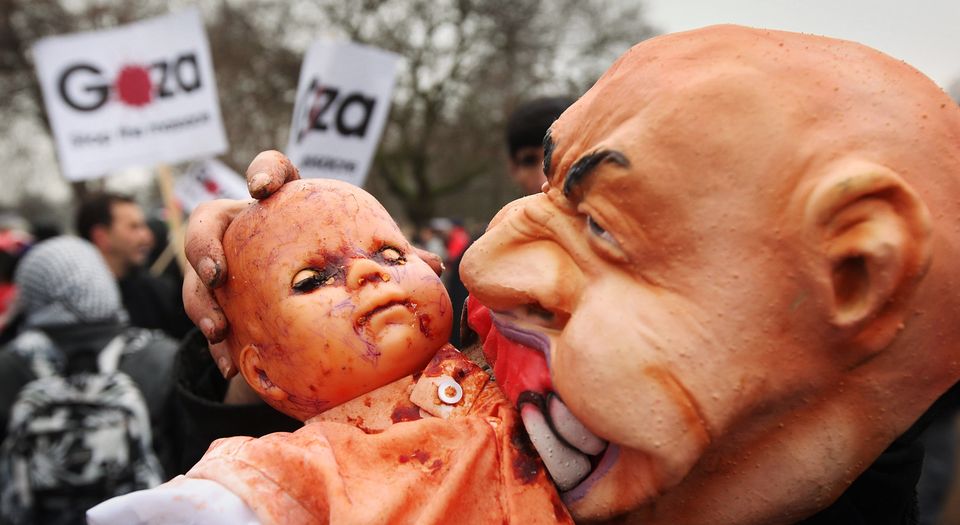 Why do you hate Israel more than any other nation? Why does Israel anger you more than any other nation does? Why do Israel’s military activities aggravate you and disturb your conscience and provoke you to outbursts of street protesting or Twitter-fury in a way that no other state’s military activities do? These are the questions that hang darkly over today’s so-called progressives. Which eat away at their self-professed moral authority, at their claims to be practitioners of fairness and equality. They are the questions to which no satisfactory answer has ever been given. So they niggle and fester, expertly avoided, or unconvincingly batted away, a black question mark over much of the modern left: why Israel?

The question has returned in recent days, following violent clashes on the border between the Gaza Strip and Israel. Like clockwork, with a predictability that now feels just mostly depressing, these clashes that resulted in the deaths of many protesting Palestinians magically awoke an anti-imperialist, anti-war instinct among Western observers that was notably, stubbornly, mysteriously dormant when Turkey recently laid waste to the Kurdish town of Afrin or during any of the recent Western-backed Saudi barbarism visited upon the benighted people of Yemen. A member of the IDF raises his gun and suddenly the right-minded of the West switch off Spotify, take to Twitter, engage their emotional fury, and say: ‘NO.’ Their political lethargy lifts, their placards are dusted down, and they remember that war and violence are bad. They even go on to the streets, as people did in London and across Europe in recent days. This is evil, they declaim, and that question rises up again, silently, awkwardly, usually ignored: why is this evil but Turkey’s sponsored slaughter of hundreds of Kurdish civilians and fighters in Afrin was not? Why Israel?

Israeli activity doesn’t only elicit a response from these campaigners where Turkish or Saudi or Syrian activity does not – it always elicits a visceral response. The condemnation of Israel is furious and intense, the language used about it is dark, strikingly different to the language used about any other state that engages in military activity. Israel is never just wrong or heavy-handed or a country that ‘foolishly rushes to war’, as protesters would say about Tony Blair and Iraq, and very occasionally about Obama and Libya, and, if they were pressed for an opinion, would probably say about the Turks and the Saudis, too. No, Israel is genocidal. It is a terrorist state, a rogue state, an apartheid state. It is mad, racist, ideological. It doesn’t do simple militarism – it does ‘bloodletting’; it derives some kind of pleasure from killing civilians, including children. As one observer said during the clashes at the Gaza border, Israel kills those whose only crime is to have been ‘born to non-Jewish mothers’. Israel hates. This Jewish State is the worst state, the most bloodthirsty state.

Following the deaths of 18 Palestinians on the Gaza border, Glenn Greenwald denounced Israel as an ‘apartheid, rogue, terrorist state’, like a man reaching for as many ways as possible to say ‘evil’. One left-wing group says Israel’s behaviour at the Gaza border confirms it is enforcing a ‘slow genocide’ on the Palestinians. The ‘scale of the bloodletting’ is horrifying, says one radical writer. Israel loves to draw blood. A writer for Al-Jazeera says the clashes are a reminder that Israel has turned Gaza into ‘the biggest concentration camp on the surface of the Earth’, and that question, that unanswerable, or certainly unanswered, question, rises up once more: why is Gaza a concentration camp but Yemen, which has been subject to a barbaric sea, land and air blockade since 2015 that has resulted in devastating shortages of food and medicine, causing famine and the rampant spread of diseases like cholera, is not? By any measurement, the blockade on Yemen is worse than any restrictions that have been placed on Gaza. People in Gaza are not starving to death or contracting cholera in their tens of thousands, as Yemenis are. Yet Gaza is a concentration camp while Yemen, when they can be bothered to comment on it, is a war zone. Israel is agitated against, Saudi Arabia is not. Saudi Arabia makes war; Israel commits ‘genocide’, it builds ‘concentration camps’, it carries out ‘terrorism’. And they should know better, these Jews. That is the subtext, always: the victims of genocide turned genocidal maniacs.

Across the mainstream, Israeli activity is always treated differently. The Gaza clashes were frontpage news in a way that the worse horrors of Afrin just days and weeks earlier rarely were. Left-leaning politicians, including leaders of the UK Labour Party, tweet stern condemnations of Israel’s shootings on the Gaza border where they were silent, or at least more restrained, in relation to Turkey and the Kurds. Academic and cultural institutions boycott Israel where they do not boycott Turkey, or China, or Russia, or America and Britain for that matter, which have done their fair share of bad things – ‘bloodletting’? – in the Middle East in recent years. That only Israel is boycotted by the self-styled guardians of the West’s moral conscience, by our cultural and academic elites, constantly communicates the idea that Israel is different. It is worse. It stands above every other state in terms of wickedness and hatred and war. BDS institutionalises the idea that Israel is alien among the nations, a pock among countries, the lowest, foulest state. It is a bleak irony that BDS activists holler ‘apartheid!’ or ‘racist!’ at Israel while subjecting Israel to a kind of cultural apartheid and contributing to the ugly view of this state, this Jewish state, as the maddest state, the state most deserving of your anger and even your hatred.

There have been attempts to answer that question, that looming question of ‘Why Israel?’, especially following recent controversies over the expression of anti-Semitic ideas in left-wing circles, including in Jeremy Corbyn’s Labour Party. But the answers have been spectacularly unconvincing. Israel deserves Western campaigners’ special fury because it is backed by Western leaders, our leaders, they say. So is Turkey. And the Saudis. Israel’s repression of the Palestinians has been going on for a very long time and so it feels like a grave injustice we must address, they argue. And Turkey’s war against the Kurds hasn’t been going on for a long time? Israel punishes Palestinians culturally and politically and that makes it a special case, they claim, as they throw around terms like ‘apartheid’ to describe life in and between Israel and the Palestinian Territories and in the process distort the reality of what happens there. But again there is Turkey, disrupting their thin, self-serving narrative. Turkey genuinely seeks to strip away the cultural heritage and language and aspiration to independence of the Kurds, and on that they say nothing, or certainly little. They don’t gather outside theatres in London when Turkish actors perform there. They don’t shout down Turkish violinists at the Proms. They don’t demand that Turkish academics and their books be expelled from American and British universities. No, only Israelis. Only them. Only those people.

There is no getting away from it: the thing that is really unique about Israel is how much they hate it. Israel stands out not because of what it does, but because of how they talk about what it does: as strange, bloody, vindictive, disruptive, genocidal, this ‘gang of thugs indoctrinated by an ideology that dehumanises children’, as the Al-Jazeera writer described Israel this week. Say it, why don’t you. They are fascists. The victims of fascism now practise fascism. This is the sentiment behind much of the myopic focus on Israel: that the Jews now do to others what people once did to them. Even though actually they don’t. Even though they do nothing that bears even the remotest resemblance to the Nazis’ effort to exterminate the Jews. And yet on anti-Israel demos, placards compare Gaza to the Warsaw Ghetto, people implore the Jews to remember their own suffering, Israeli flags with swastikas on them are held up. This is not anti-imperialist, it is anti-Jewish; it is the gravest insult to say that Jews or the Jewish State are the new Nazis, and they know it is a grave insult.

The treatment of Israel as uniquely colonialist, as an exemplar of racism, as the commissioner of the kind of crimes against humanity we thought we had left in the darkest moments of the 20th century, really captures what motors today’s intense fury with Israel above all other nations: it has been turned into a whipping boy for the sins of Western history, a punch-bag for those who feel shame or discomfort with the political and military excesses of their own nations’ pasts and who now register that shame and discomfort by raging against what they view, hyperbolically, as a lingering expression of that past: Israel and its treatment of the Palestinians. They heap every horror of the past on to Israel, hence their denunciation of it as ideological, racist, imperialistic, even genocidal – in their eyes, and courtesy of their campaigning, Israel comes to symbolise the crimes of yesteryear. So when 18 Palestinians are killed, it is not simply a tragedy, it is not simply excessive, it is certainly not something that requires serious, nuanced discussion, including about the role of Hamas in organising such protests in order to shore up international sympathy for Palestinian victimhood. No, it is an act that reminds us of the entire history of colonialism and racial chauvinism and of concentration camps and genocide, because this is what Israel now reminds people of; they project their post-colonial guilt and scepticism about the Western project on to this tiny state in the Middle East.

The rage against Israel is actually more therapeutic than political. It is not about seriously addressing the reality of life and conflict in the Middle East, but rather is driven by the narrow needs of Western observers and activists for an entity they can fume against in order to give release to their own sense of historical and political disorientation. But the impact of this therapeutic rage, this almost primal-scream therapy against Israel, is dire. It contributes to the growing conspiratorial view that certain people, you know who they are, have a uniquely disruptive influence on international affairs, political life, and everyday safety and security. ‘It isn’t anti-Semitic to criticise Israel’, observers say, and they are absolutely right. Every nation state must be open to criticism and protest. But if you only criticise Israel, or you criticise Israel disproportionately to every other state, and if your criticism of Israel is loaded with Holocaust imagery and talk of bloodletting, and if you boycott Israel and no other nation, and if you flatter the dark imaginings of the far right and Islamists and conspiracy theorists by fretting over a super powerful Israel Lobby, and if the sight of an Israeli violinist is too much for you to stomach, then, I’m sorry, that has the hallmarks of anti-Semitism.