Molly Ringwald, you are wrong about The Breakfast Club

There is a serious philistinism in viewing culture through a #MeToo lens. 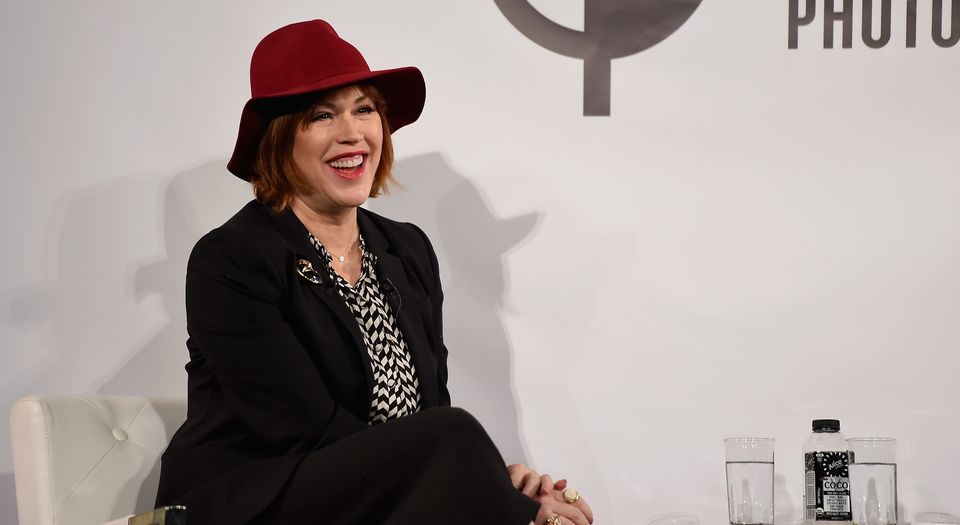 It is hard to believe that more than three decades have passed since The Breakfast Club was first released. The wardrobe choices (raided from Barry Manilow) might put us firmly back in the mid-1980s, but the themes explored by writer, producer and director John Hughes capture emotions and experiences that speak across a generational divide. The film shows us the frustration of being a teenager, of trying to work out who you are, and how to break free from the expectations of parents and teachers when you want both the security of childhood and the freedom of adulthood.

When it was first released, The Breakfast Club seemed radical. It wasn’t stylised, saccharine or didactic. It didn’t feel like adults imagining what it was like to be a teenager. It was more like watching teenagers just being themselves. The archetypes thrown together into school detention – the athlete, the criminal, the princess, the basket case (today more likely to be with the school therapist than in detention) and the brain – were our classmates. Their conversations were our conversations. Like us, they complained about their parents: ‘Well everyone’s home life is unsatisfying. If it wasn’t, people would live with their parents forever.’ Violence, make-up, school work and drugs are all covered. But, unsurprisingly, throughout the film the characters discuss a topic close to every teenager’s heart: sex.

The inevitability of The Breakfast Club’s post-#MeToo reappraisal doesn’t make it any less disappointing. Writing in the New Yorker, actor Molly Ringwald – who played Claire, the good girl who flirts with being bad – recalls being troubled by watching the film afresh with her then 10-year-old daughter. Ringwald points to the relationship between Claire and Bender, the ‘criminal’ character played by Judd Nelson. ‘As I can see now’, Ringwald tells us, ‘Bender sexually harasses Claire throughout the film. When he’s not sexualising her, he takes out his rage on her with vicious contempt, calling her “pathetic”, mocking her as “Queenie”.’ To make matters worse, ‘He never apologises for any of it, but, nevertheless, he gets the girl in the end’. With the benefit of hindsight, Ringwald now realises, ‘how inappropriate much of John’s [Hughes] writing was’.

But rewatching The Breakfast Club after all these years, and now with my own teenage children, what surprises me is just how innocent the film is. There is no sex, a little swearing and only one fight, in which no one gets hurt. The most disturbing scene Ringwald can point to is one where Bender hides under the table to avoid being seen by the teacher. When he’s under the table he looks between Claire’s legs and the camera focuses in on her pink knickers. Although we see nothing, there’s a suggestion that, while under the table, Bender may have touched Claire inappropriately, too.

There’s no indication from Ringwald that she, as a young actress, was ever abused by Hughes. In fact, the writer and director seems to have gone out of his way to accommodate Ringwald’s demands. The original Breakfast Club film script had a scene of a female teacher swimming naked in the school’s pool while a male teacher looked on. At Ringwald’s behest this scene was removed. To return to the upskirt shot – in reality it is not Ringwald’s knickers we see but those worn by a body double.

Her post-#MeToo reappraisal of The Breakfast Club has not led Ringwald to remember specific instances of assault but rather to feel uncomfortable with the attitudes towards sex displayed by the fictional teenagers. The script returns repeatedly to questions teenagers obsess over. Have you done it yet? How many times? When? Where? Who with? It’s blunt and it’s crude. It is generally not the type of conversation middle-aged professionals have within hours of meeting each other. But anyone who has ever been a teenager has surely been party to such discussions.

Even in the context of the film there is little abusive about such conversations. When Bender’s questions seem too intimidating, the character of the ‘athlete’, brilliantly played by Emilio Estevez, steps in and shuts him up. Claire appears in turn both repelled by and attracted to Bender. Ultimately – of her own volition – she enters the room he’s in alone and the film ends with them kissing and her giving him her earring. He’s been tamed, she’s lost some of her innocence. This is an age-old story; it endures because it’s sexy and romantic to see passion winning out over social differences.

But the older Ringwald is too sensible to let passion get the better of her. ‘If attitudes toward female subjugation are systemic, and I believe that they are’, she writes, ‘it stands to reason that the art we consume and sanction plays some part in reinforcing those same attitudes’. And this is the problem: yesterday’s films, novels, poems, songs and plays do not reflect the values of the sexual puritans now driving the #MeToo movement. But if #MeToo is to become the benchmark by which we assess art, then little remains safe for today’s consumption. For years I taught Andrew Marvell’s ‘To His Coy Mistress’ to classes of 15-year-olds. Yet this poem of persuasion and seduction now contradicts every learning outcome teenagers are expected to pick up in relationships and sex education classes.

Despite the 30-year gap, The Breakfast Club conversations about sex still ring true today. A #MeToo-approved alternative would be to have the teenagers rehearsing scripts taught in consent workshops. Perhaps while he was hiding under the table, Bender could have put it to Claire, ‘As I’m down here anyway, would you consent to me looking up your skirt?’. Not only would this make for a rubbish film, it would not speak to the reality of being a teenager – precisely what makes The Breakfast Club so iconic. Ringwald herself praises the fact that Hughes’ films marked a break from the educational documentaries that had previously been rolled out for teenagers.

When we judge past works of art by today’s standards we will always find they fall short. And, in the process, we lose what endures: the aesthetic capturing of human nature that speaks across time and place. Ringwald chastises Hughes for making films that, ‘like his earlier writing, though to a much lesser extent, could also be considered racist, misogynistic, and, at times, homophobic’. But even here there’s a contradiction. She goes on to recall a recent meeting with Emil Wilbekin, ‘a gay, African-American friend of a friend’, who stopped her after a party to say that the films she starred in had ‘saved’ him. Ringwald is confused; Hughes’ films had few black or gay characters. But, Wilbekin tells her, the films showed him, a kid growing up in Cincinnati in the Eighties, ‘that there were other people like me who were struggling with their identities, feeling out of place in the social constructs of high school, and dealing with the challenges of family ideals and pressures’. He explains the films spoke to him, ‘because the characters and storylines were so beautifully human, perfectly imperfect and flawed’.

If The Breakfast Club has a message it’s that people are more than just labels. In the words of Estevez’s athlete: ‘We’re all pretty bizarre. Some of us are just better at hiding it, that’s all.’ For teenagers this is both incredibly reassuring and very exciting. But such universalism gets lost if we try to bring the past in line with today’s identity and consent-obsessed culture. #MeToo-approved art can only ever be a one-dimensional, disinfected portrayal of sex and relationships that imposes the views of a feminist elite on everyone else. It censures not only fantasy but also the messy reality of most people’s lives.