How the ANC betrayed this bravest opponent of Apartheid rule. 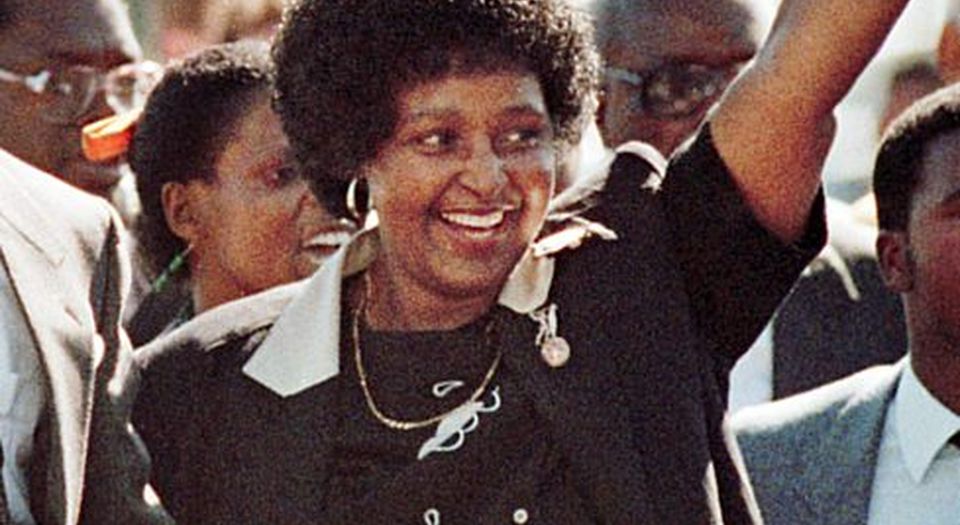 So, Winnie Madikizela-Mandela, the implacable enemy of Apartheid who divided opinion in life, now seems, in her death, to be destined to be remembered as a unifying force for the status quo. The announcement of a state funeral by South African president Cyril Ramaphosa promises to plumb new depths of political cynicism in the land where political cynicism has become an artform. Because for years, Winnie Mandela has been an outcast, the ‘mugger of the nation’, a pariah for the ANC, a thorn in its side with her often strident denunciations of the party’s shoddy negotiated compromise with the Apartheid regime a quarter of a century ago.

The death of Winnie Mandela is indeed the end of an era. She is one of the last remaining reminders of the sacrifice and courage many endured in the struggle against Apartheid. During her husband Nelson Mandela’s 27-year incarceration, she campaigned tirelessly for his release and for the rights of black South Africans, suffering years of detention, torture, banishment and arrest by the white minority regime. As the most high-profile victim of the Apartheid regime, her unshakable commitment and undoubted courage rightly earned her the title of ‘mother of the nation’.

Her life was always about defiance. She was a woman in a male-dominated culture who exuded power and whose irrepressible character inspired millions. She had a distinct aura different from anyone else in South African history. Her fighting spirit was one of the only things that kept the ANC’s liberation struggle alive during Mandela’s imprisonment, and it inspired militant rebellion against Apartheid. But her militancy and defiance became inconvenient for the ANC after the ban on it was lifted and it entered into negotiations to end Apartheid. Indeed, the ANC’s ability to negotiate an end to Apartheid relied upon its ability to keep the black masses in check.

The sad truth of Winnie Mandela’s life was that her ‘marriage to the ANC’, not Mandela, as she put it, blinded her to the abuse she suffered at the hands of the movement she had kept alive. She may have divorced her husband, but she never divorced the ANC, which blighted her political career to the end.

Less than two years after she punched the air triumphantly as she walked hand-in-hand with Nelson Mandela out of Cape Town’s Victor Verster prison on 11 February 1990, Winnie Mandela was convicted at Johannesburg’s Rand Supreme Court of assault and accessory to kidnapping a 14-year-old black boy, called Stompie Moeketsi. He had been murdered by one of her bodyguards because Winnie and her cohorts thought he was a police spy. Her bodyguards were members of the ‘Mandela United Football Club’, a group of young black men in Soweto dedicated to meting out justice to police informants. Winnie went from being an anti-Apartheid icon to being portrayed as a criminal warlord, trading on her husband’s name to direct a gang of armed thugs, in pursuit of power. The ‘mother of the nation’ became the ‘mugger’.

This portrayal of Winnie was not incidental. The point of her trial was to criminalise the militant struggle against Apartheid at the moment at it which the ANC had entered into negotiations to ensure an orderly transformation of South Africa. This high-profile case was a core element of the Apartheid regime’s negotiating strategy, which aimed to isolate or destroy black militants in order to boost the moderates inside the ANC, led by Mandela himself. Reform rather than revolution was to be the order of the day. Winnie’s trial put black militancy in the dock and was aimed at delegitimising the armed struggle itself.

The ANC issued a statement appealing the verdict, saying it viewed the sentence ‘with dismay’. But it went on to add that it would ‘leave the matter in the hands of the courts, fully confident that in the end the truth will emerge’. The ANC ensured the regime’s strategy had worked. For the first time in the struggle against Apartheid, the courts that had overseen hundreds of thousands of deaths and arrests of black South Africans were now presented by the liberation movement itself as legitimate, with the right to rule on the movement’s internal affairs.

The ANC’s acceptance of the Winnie verdict dealt a death blow to radical black aspirations for fundamental change in South Africa. It effectively hung her out to dry, legitimising the view that her personal transgressions and failures were the real source of violence and upheaval in South Africa, rather than Apartheid brutality and racial oppression.

There is no doubt that some awful things took place during the struggle. Some of what Winnie and her Football Club did was morally questionable. But it is easy for people to take the moral high ground, especially now, and especially if you’re thousands of miles away from the reality of Apartheid South Africa. Many have forgotten or are totally ignorant of what the struggle against Apartheid was truly like. For millions of black South Africans, life under Apartheid was a totalitarian nightmare. Violent death, dehumanisation, abject poverty and brutality were a common lived experience.

The struggle for freedom did not take place on Facebook or Twitter, where today’s political ‘warriors’ conduct a battle of words safely from their couches, from behind closed doors and keyboards. It was an in-your-face, violent, bloody and merciless war fought against a ruthless, armed-to-the-teeth state. The government and the police were the enemy. Police informers were traitors and, because of their proximity to the black community, were dealt with brutally. The struggle was fought with whatever the people had at hand.

This is the context we need to remember, and it is the context of a speech Winnie gave in 1986, which has been highlighted this week by South African and Western media keen to scandalise anyone who still supports her: ‘Together, hand in hand, with our boxes of matches and our necklaces [burning tyres], we shall liberate our country.’ This was the ferocious reality of struggle. If Winnie Mandela was to be taken to task for whatever transgressions she may have made at the time, it should have been her movement, not the Apartheid courts, who presided over it. But the ANC’s siding with the state meant that Winnie was, from that point onwards, like so many radicals who refused to compromise, criminalised and marginalised.

The political tragedy of Winnie’s years after the trial was that she never divorced the ANC, only her husband, Mandela, who forgave the Apartheid regime but not her. No longer the acclaimed victim of Apartheid, she began to behave like a jilted wife, a divorcee who was owed something in return for her sacrifice. What followed was a tawdry scramble on to the post-Apartheid gravy train. Accusations of corruption, before Jacob Zuma made the ANC a byword for corruption, were levelled increasingly against her. Like a caricatured Evita, she would turn up in her Mercedes Benz to visit the poorest of the poor in the squalid squatter camps of Johannesburg and the Cape, inciting the youth with rabble-rousing speeches.

Her fundamental political flaw was that she remained loyal to the ANC, and was thus never able to forge an alternative. She made strident criticisms of her husband and the ANC leadership’s rushing ‘with unseemly haste’ to cut a deal with FW de Klerk’s National Party, ‘to wrap themselves in the silken sheets of power’. But she was willing, nevertheless, to take advantage of that power for personal gain. Some of her criticisms were truly stinging. She said Mandela had gone soft in prison and had sold out the black cause. But they were not made with the intention of creating an alternative to the ANC. Rather, it was a way for her to maintain her personal aura, to tap a radical vein in the ANC – a small constituency but one potent enough to make it impossible for the leadership to ignore her.

What taints Winnie Mandela is that she never broke from the party that sold her out. This would have, at the very least, opened the eyes of a new generation of black South Africans to the source of the problems they face today. Indeed, one of the last public acts she performed was to endorse President Ramaphosa and the ANC for the 2019 elections. This is the tragedy of Winnie Mandela’s life. The woman who refused to apologise for her part in the struggle against Apartheid will now be resurrected as the ‘mother of the nation’ by the very party who helped brand her a ‘mugger’.

The ANC is not embracing Winnie because it wants to right a terrible wrong, but because it will help them regain some radical credentials among ordinary black South Africans who have become demoralised and cynical about the ANC itself. Once the most famous and heroic victim of Apartheid, Winnie Mandela is now destined to be the cynical victim of the organisation that betrayed the radicalism, bravery and commitment she and many more encapsulated, and that enabled the ANC to take its place at the Apartheid negotiating table in the first place. This is a truly debased and sad end to a flawed but exemplary life.