Why Martin Luther King still speaks to us

Things have got both better and worse since his death 50 years ago. 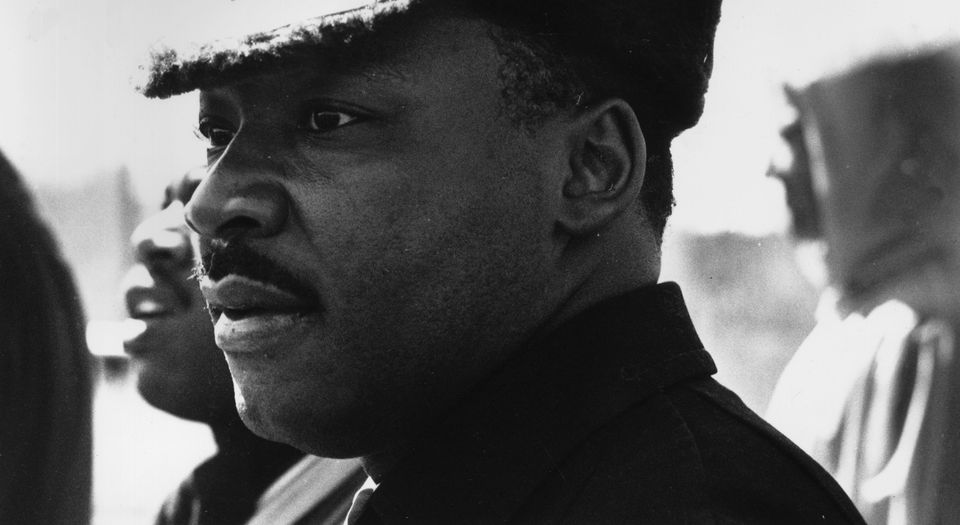 I met Martin Luther King. Okay, I don’t remember much about it, being just four at the time. I was atop my father’s shoulders in St Paul, Minnesota, where we then lived. I suspect my father is exaggerating when he recalls that I high-fived the leader of the civil-rights movement and shouted, ‘Fuck the MAN!’. That I shook his hand is more plausible. One of my clearer memories is watching his funeral on the TV 50 years ago this week and feeling a sense of personal loss.

1968 was, by any measure, a tumultuous time in the US. By then the summer of love, with its ‘human be-ins’ and concerts, had given way to rancour and dissent. The Tet Offensive indicated to a troubled President Johnson and the nation that the Vietnam War could not be won. Student protesters at Columbia University took over university buildings. Robert F Kennedy was murdered shortly after Dr King. The Chicago Democratic Convention descended into chaos and riot. The Black Power salute shook the Olympics. And Richard Nixon was elected president.

In 1968, MLK remained uncontested leader of the civil-rights movement, but faced a mounting tide of criticism. Martyrdom assured his permanent reputation. Had he lived until today, it is likely he would have faded from public life, being remembered only in sentimental accounts of the times.

King’s impact is often misunderstood. He is both a testament to the power of politics to achieve lasting results and a reminder of a more hopeful time. All recognise MLK as a hugely talented orator, but few recognise his talent as a political operator. Working in a narrow space between the liberal promise of equality and freedom and American liberalism’s determination not to provoke the Democratic power base of the South, King knew that America’s international position depended upon its image as leader of the free world. He exploited that to bring change at home.

Despite being condemned by some for being conservative, King stuck his head above the parapet, defying near-constant death threats. He shone a light on squalid and ugly racial practices in the South. African-Americans were denied important freedoms – the freedom to vote, the freedom to go where they pleased, the freedom to be treated equally in a land where it is self-evident that all men are born equal. After King (and, it should be noted, an extensive local network of protesters) triumphed in Birmingham, a reluctant President Kennedy pushed forward a civil-rights bill. As King said: ‘Like an idea whose time has come, not even the marching of mighty armies can halt us. We are moving to the land of freedom.’

The resulting 1964 Civil Rights Act remains a testament to his intelligent direction of African-American action. But after the 1965 Voting Rights Act was signed, King faced insurgency from within as well as without. His opposition to the Vietnam War broke his ties with Johnson. Stokely Carmichael shouted ‘Black Power’, an anathema to King’s universalist ethos, on a march in 1966. His campaign for an end to housing segregation and for economic redistribution met with ugly resistance, particularly in Chicago. According to a 1966 poll, two-thirds of Americans viewed him unfavourably. A life in the political wilderness beckoned – until he was shot, while in Memphis, where he had gone to support striking city workers.

King has faced criticism in the years since his death, some of it warranted. Perhaps more shocking than the FBI’s revelations that he had a series of extramarital affairs was the discovery that he plagiarised his PhD dissertation. Less warranted is the accusation that, compared to the Black Panthers and Malcolm X, he was timid, conservative and too anxious to remain close to political sponsors in Washington. King’s goals of integration and civil rights for all Americans were more radical than those of the Panthers and Malcolm X, who balked at the possibility of these things. And King’s means to achieve them – though there is something admirable in the Panthers’ uncompromising adoption of defensive violence and Malcolm X’s outspoken criticisms of his country – were ultimately, in a nation where African-Americans made up about 12 per cent of the population, more realistic. King knew that gaining the support of the white masses was the only way to succeed.

But King and just about everyone else at the time underestimated the extent to which Americans’ concept of citizenship rested upon racial identity. In a country where words like ‘self-sufficient’, ‘independent’, ‘successful’ and ‘boot-straps’ on the one hand, and ‘criminality’, ‘gangs’, ‘drugs’, ‘welfare mother’, ‘unemployed’ and ‘lazy’ on the other, all still have colour-related connotations, race remains a powerful justification for inequality.

What has happened to African-Americans in the 50 years since King’s death? In some ways, African-Americans are better off. Forty-two per cent own their own homes, a figure that rises to 75 per cent for black married couples. The number of black college and university lecturers doubled between 1970 and 1990; the number of black doctors tripled. There are four times as many black engineers and six times as many black lawyers as there were a few decades ago.

But black inequality remains, as revealed in some shocking statistics. In economic terms, blacks are hardly better off than they were in 1960. Black median income in 2018 is 51.2 per cent of white income. Median black family income in 1960 was 55 per cent of median white family income; in 2016 it remained at 60 per cent. African-Americans suffer more when there is a recession; black income was lower in 2016, in real terms, than it was in 2000. One quarter of African-American households are in poverty. According to the New York Times, for every $100 in white family wealth, black families hold just $5.04. Blacks continue to perform worse than whites on standardised university-entrance tests like the SAT and ACT.

Even worse, the share of incarcerated African-Americans has nearly tripled since 1968. In 2016, African-Americans were 6.4 times more likely than whites to be jailed, compared with 5.4 times as likely in 1968. In 2013, one in every 13 black Americans was under some form of correctional control. The chances that a black male will go to prison increased between 1974 and 2001 from 14 per cent to just under a third.

King operated at a time when a brief window for change existed, when an optimistic wind swept through the land allowing a political campaign to force national changes. He believed that ‘the arc of the moral universe is long, but it bends toward justice’. He is rightly remembered for having a dream ‘deeply rooted in the American dream… a dream that one day this nation will… live out the meaning of its creed: We hold these truths to be self-evident, that all men are created equal.’ That dream still inspires long after his death.

Kevin Yuill teaches American studies at the University of Sunderland. With Joe Street, he is the editor of The Second Amendment and Gun Control: Freedom, Fear, and the American Constitution. Buy it here