The great lie at the heart of the Cambridge Analytica scare

The idea that Brexit voters were sheep is the opposite of the truth. 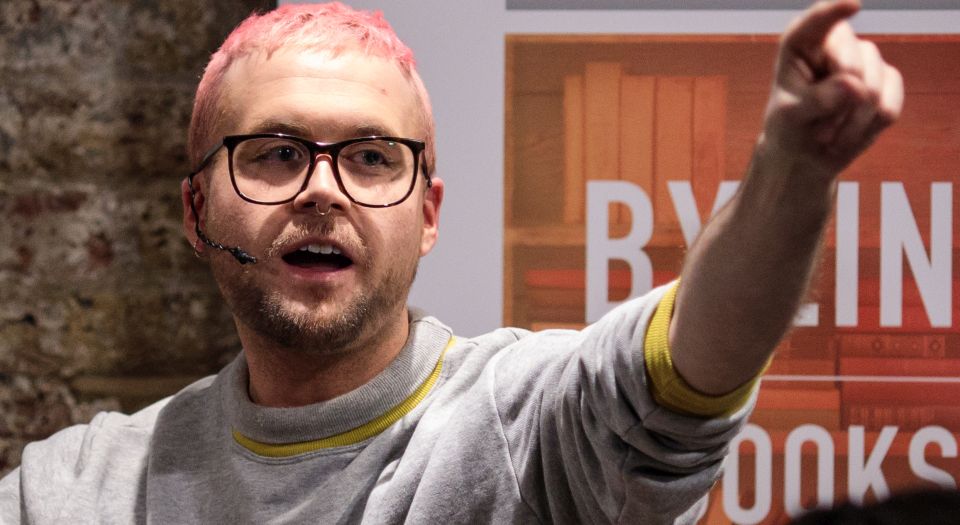 There is a great lie at the heart of the unhinged panic about the role of Cambridge Analytica (CA) in the EU referendum. According to this conspiracy-theory narrative, data-mining groups like CA achieved ‘informational dominance’ in many voters’ lives, to such an extent that they could ‘change [voters’] perception of what’s actually happening’. Through exercising enormous power over the flow of information, these ‘dark, dystopian data companies’ came to play a ‘pivotal role in Brexit’. In the words of the Observer’s Carole Cadwalladr, the leading figure in this chattering-class conspiracy theory, they ‘delivered Brexit’. That is, so great was their ‘voter-manipulation effort’ that it is not an exaggeration to say they are responsible for Brexit, as surely as the man who tells his dog to attack someone is responsible for that attack.

Let’s leave aside that these panickers about the demos really do view voters as the unwitting attack dogs of the wealthy and powerful, as malleable creatures who respond to the stimuli of filthy-rich populists. The more important point is that the narrative they are writing around Brexit is, ironically, an enormous act of misinformation. It is an act of Orwellian erasure of the truth of the recent past and its replacement with a lie. Two lies, in fact. Firstly that, courtesy of ‘dark’ but powerful networks, people came to be surrounded by Leave propaganda. Utterly untrue. The politics of Remain held far greater sway in public discussion, offline and online, in the run-up to the referendum. And secondly that many Brexit voters failed to think for themselves and instead fell victim to a ‘psyops operation’ and its ‘mass sentiment change’. This is a libel upon the electorate. Because in reality, British voters’ embrace of Brexit against the wishes of virtually the entire establishment represented one of the great acts of free, independent thought in the history of British political life.

There are many reasons we should be critical of the panic about data-mining and its ‘delivery’ of elections to sinister people who pay handsomely to ‘control mass sentiment’. It presents itself as a kind of anti-capitalist, anti-Big Tech, anti-elite initiative, but in truth it pushes a powerfully elitist view of ordinary people as easy prey for the powerful. As blank minds easily filled by the memes and messaging of ‘dark, dystopian’ groups. It calls into question the very ideal of democracy, because what is the point of asking the public its opinion if significant sections of the public are so hollow that they can allow themselves to become the playthings of ‘a member of the global 1%’, in Cadwalladr’s phrase? This Remoaner rage disguised as investigative journalism does far more to demean the value of democracy than any fat-cat paying millions of pounds to spread memes ever could.

But the most important reason to challenge the CA narrative is because it aims to rewrite the past. It is itself an act of dishonest propaganda that seeks to encourage public misremembering of the Brexit moment. The idea that Leave attained informational dominance in the run-up to the referendum, that its sly, clever messaging became the wallpaper of many people’s lives, is a myth. In truth, Remainers and their plea to keep Britain tied to the EU dominated public life. Every mainstream political party campaigned for Remain. The then two leaders of the nation – David Cameron and George Osborne – publicly agitated for Remain. An extraordinary 90 per cent of academics backed Remain. Close to 75 per cent of MPs backed Remain, and let it be known, both offline in speeches and online via tweets and Facebook posts. The House of Lords, in the words of one report, had a ‘huge in-built pro-Remain majority’. And the business world backed Remain. Often with a lot of money. According to one survey, 72 per cent of big-business CEOs backed Remain. This included the bosses of Cisco, Diageo, GlaxoSmithKline, Virgin and Rolls Royce.

The truth of the referendum period is that Britain’s political class, capitalist class and educational elite – the overseers of public and intellectual life – called for Remain. The establishment threw its weight, its power, its money and its arguments behind Remain. If there was ‘informational dominance’ in early 2016, it was by Remain. Or certainly the key message of the time was the idea that Remain was the good, respectable choice that would save Britain from economic and political ruin. The memes of populists paled into insignificance in comparison with the relentless pro-EU propaganda of the establishment. Cadwalladr and others complain about those ‘members of the global 1%’ who spent money on Leave ads, but never mention the 72 per cent of ‘the 1%’ who pleaded for Remain.

Was this not also a ‘voter-manipulation effort’? Or, in the view of those of us who believe ordinary people have the capacity to think for themselves, an effort at persuasion? Why is it ‘voter manipulation’ when a breakaway section of the business elite pays for Facebook memes but not when the vast bulk of the business elite backs pro-EU propaganda? Why is social-media information-gathering and ad-posting a ‘dystopian’ effort at changing ‘mass sentiment’, while the use of the politics of fear by the capitalist class and the political class is normal politics? Because in the view of the embittered Remainer elite, still balking 20 months later at the defiance of voters, everything their side does is good, or at least acceptable, while everything the other side did was in some way sinister. And they have the neck to accuse others of disseminating simplistic propaganda.

The reality of the referendum era and of the supremacy of Remain thinking in establishment circles detonates the second and the worst prejudice of the panic about Cambridge Analytica: that the Brexit plebs, dim voters, were misled like sheep to vote in a particular way. When the anti-CA conspiracy theorists say data-miners ‘delivered Brexit’, that the referendum result is invalid because it was the product of ‘lies and deceit’, this is what they mean: that malleable ‘mass sentiment’ was warped by dark forces and therefore the result must be undone. They are saying this referendum result is invalid because sections of the electorate are child-like, possibly animal-like, and they responded slavishly to memes and orders from on high. This is the precise opposite of the truth.

In reality, the Brexit vote demonstrated the resistance of the public to powerful political messaging. It showed that ordinary people are not the clueless, unwitting fodder of the powerful that middle-class elitists imagine us to be, but rather that we are capable of thinking for ourselves and deciding, as individuals and communities, to reject the overtures of those who are wealthier, more influential and, in their view anyway, better placed than us to make big political decisions. More than any other election of recent times, and perhaps since the expansion of the franchise 100 years ago, the Brexit result confirmed the public’s capacity for free thought. It was proof of the value and wisdom of democracy. The rewriting of this referendum as an exercise in the manipulation of mass sentiment is a grave insult to voters and to the historical record itself, for what this referendum really confirmed is just how immune ‘mass sentiment’ is to the patronising, technocratic diktats of those who have dominated society for decades now.

Indeed, this is why they are still in meltdown about the result. This is why they are pumping so many resources into uncovering the ‘dark, dystopian’ forces that must have poisoned our brains. Because they sense, rightly, that their ability to dominate the political and public narrative is weaker now than it has been for years. Their stranglehold over political information and political life has been loosened, and by the rough, non-Guardian reading public of all people. They have been rebelled against, and they are so horrified by that, so disgusted by it, that they will try to rewrite that rebellion as an act of mass sheepish conformism. Don’t they know yet that we’re not as stupid as they think and that we won’t fall for their low, anti-demos political claims? We will resist this new nasty narrative as surely and reasonably as we resisted their fear-driven propaganda for Remain.