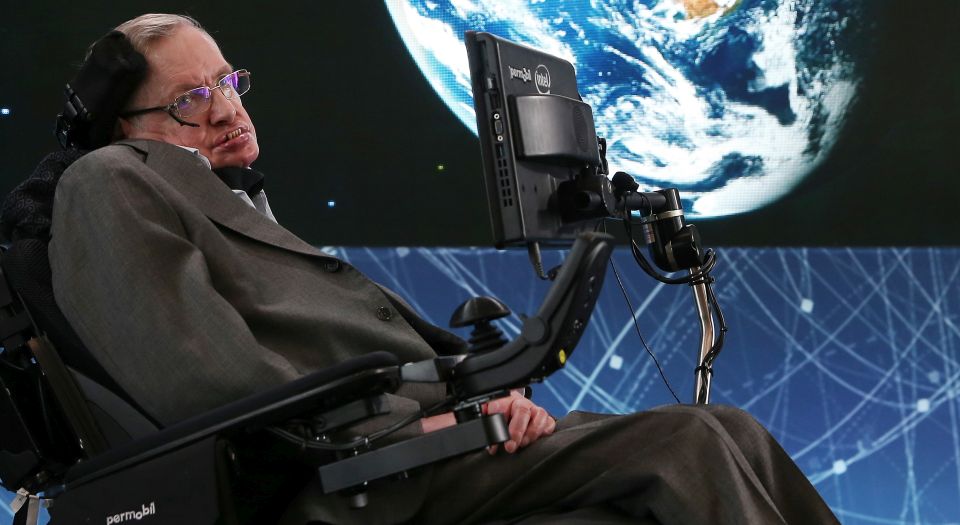 As I began to read physics at university at the end of the 1980s, two important things happened. The Soviet Union collapsed, and girls were suddenly interested in geeks like me because of a paperback by a professor in a wheelchair.

With A Brief History of Time, Stephen Hawking rocketed out of academia. By explaining seemingly impenetrable subjects like relativity in everyday language, he inspired ordinary people to embrace theoretical physics in a way nobody had done since Richard Feynman a generation before. So the public took Hawking to their hearts. This rather unlikely hero, with his baggy clothes, odd rictus and quirky synthesised voice, became the archetype of the towering genius. In an age of global uncertainty, Hawking stood for the certainty of reason and the possibility of heroism.

His reputation rested at least as much on the man as on the physics. As soon as you saw Hawking’s twisted, agonised posture, barely able to move a couple of fingers while speaking in the emotionless timbre of a computer, your first reaction was pity. Geniuses are supposed to frighten you with the depths of your own ignorance, but Hawking awakened very different sensibilities. Where you expected cold, remote science you got a human story. Where it first appeared that motor neurone disease mocked human frailty, you realised Hawking could dance through the most profound mysteries of the cosmos with his intellect alone. Here was an incredible one-man protest, a demonstration of the spirit and resilience of a single human life. He wasn’t mocked; he was mocking the ravages of nature. In the aftermath of Berlin and Tiananmen Square, Hawking quickly became the icon of intellectual freedom in the face of physical depredation.

He was funny, too. His wry humour and self-deprecation (despite being the successor to Isaac Newton’s chair at Cambridge) turned him into a unique figure in popular culture. There were cameos in The Simpsons and Little Britain, collaborations with Pink Floyd, rappers and One Direction, zeitgeist adverts, and biopics on the big and small screen featuring the hottest leading men of the day. Hawking was even rock ‘n’ roll enough to have an affair with his nurse. His moving opening address at the 2012 London Paralympic Games has fittingly been one of the most popular tributes circulated after his death. Thousands of people have been drawn towards scientific study by his mix of profound seriousness and lighthearted geekery. As this footage of Hawking’s ride in the ‘zero gravity’ plane demonstrates, few lives in science have been lived so fully.

Yet Hawking was not a god, only human. Perhaps the greatest tragedy of his life was that his incredible personal story came to eclipse his work, and even that of those he worked with. Indeed, the work that defined his impact on physics was done in collaboration with others such as Roger Penrose and James Hartle, yet they never gained anywhere near the same recognition. There have been many other theoreticians (for example, Peter Higgs, father of the Higgs Boson) who have made a possibly greater contribution to human knowledge than Hawking, yet they remain little known in comparison.

Although Hawking became a symbol of intellectual freedom, he often seemed less keen to support political freedom. He complained about Trump’s popularity, and therefore those who voted for him. And he was an outspoken critic of Brexit, which he regarded as an act of envy and isolationism rather than what it was: a democratic awakening. He even described the process of leaving the EU as too complicated for even him to work out, helping to cement the view of Brexit as near enough unfathomable for the layman, and best left in the hands of ‘qualified’ experts.

But while Hawking’s political views sometimes suggested a lack of faith in his fellow humans, his work and intellectual spirit remained a testament to the best of humanity. A comment he made when his public star was just starting to wax still resonates today: ‘We are just an advanced breed of monkeys on a minor planet of a very average star. But we can understand the universe. That makes us something very special.’

Gareth Sturdy is a science teacher in south London and an organiser of the Academy of Ideas Education Forum. Follow him on Twitter @stickyphysics