For our pro-EU political class to talk about national integrity is a sick joke. 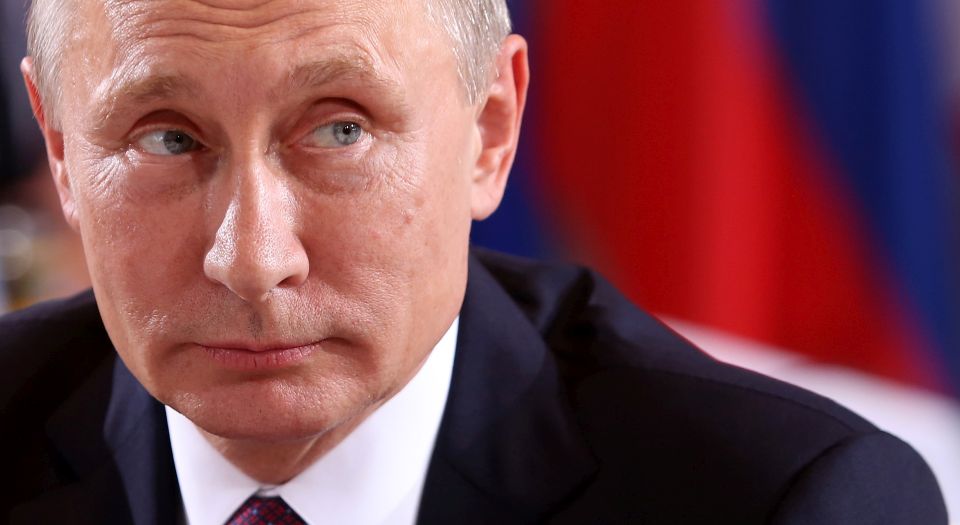 Something extraordinary has happened in British politics over the past week: everyone suddenly wants to stand up for British sovereignty. Even those sections of the political and media class that have spent the past 20 months since the Brexit vote mocking the little people and their apparently archaic attachment to the idea of national sovereignty have started talking about the importance of the S-word. What has caused this eye-swivelling turnaround? The poisoning of a former Russian spy in Salisbury, which the overnight converts to the cause of national integrity inform us in an assault on our sovereignty and we must come together as a nation against it.

To describe this post-Salisbury defence of national sovereignty as a little late, and unconvincing, would be the political understatement of this young millennium so far. The very people who in recent decades have devoted almost all of their political energy to pooling British sovereignty into Brussels, to insisting upon the right of unelected commissioners and judges to write laws above the heads of the demos, to denouncing as racist anyone who challenges their cult of post-nation, post-borders thinking, now expect us to believe they care for the integrity of the UK against the intervention of foreign agents. They must really buy into their own propaganda about us being stupid.

They’re all at it. Powerful political actors who for months have demonised the vote for Brexit and insisted Britain must continue to subject itself to the EU’s obsessive dilution of national sovereignty are now paying lip service to British sovereignty. The leaders of France and Germany, two nations horrified that British voters had the temerity to defend national sovereignty in the referendum of June 2016, say the poisoning in Salisbury was an ‘assault on UK sovereignty’ and is thus intolerable. Even the Guardian, house journal of tragic southern Remainers, has discovered that sovereignty is important. An editor says the poisoning was a ‘brazen attack on a sovereign country’ and ‘cannot go unpunished’. This is the newspaper which for months has ridiculed the ‘Little Englander’ mentality that thinks having strong borders and democratically made laws is a good idea.

Tory MPs who have been a thorn in Theresa May’s side in recent months and have called on her to keep Britain bound up in certain sovereignty-weakening EU institutions are now thumping their chests about Russia’s assault on our sovereignty. The hollow, hypocritical nature of these Johnny-Come-Lately defences of sovereign integrity is perhaps best summed up by the Royal Institute of International Affairs. It says the Salisbury attack is a ‘test for the UK’ because it represents a foreign interference on ‘British soil’. This is the same Royal Institute of International Affairs which said at the time of the EU referendum that ‘the risks’ of ‘return[ing] economic and political sovereign power entirely to Westminster’ are ‘extensive’. Do you guys favour British national integrity or not?

They don’t, of course. Much of our political and media class is actively opposed to sovereign integrity. They balk at the idea of defending the nation’s borders with an eye for defending what lies inside those borders: a people, a national people, who ought to have a say over the laws and regulations they are expected to live under. The new political elites prefer to see politics being done technocratically, in global – that is, unaccountable – institutions. Their growing distance from the populace, and their growing lack of trust in our counsel, means they have come to see Euro-judges, Brussels commissioners and Troika economists as better authors of Britain’s political fate than Britons themselves. This is what underpins their intense fury with the vote for Brexit: they see it, rightly, as an attempt by the people to reclaim national sovereignty and democracy.

However, the political elites cannot come out and say ‘We no longer want Britain to be a democratic sovereign nation’. So they developed a pseudo-progressive language to describe and justify their weakening of British sovereignty. They claim to be post-borders. They argue that the nation state is over. They say any defence of the nation is nationalism, and nationalism is dangerous. They insist that in a globalised world it is futile to try to erect borders against flows of people or goods or capital, and so on. And they seem ignorant of the message that their anti-borders, anti-nation political myopia sends to both the British people and the world at large. It tells British people their views don’t really matter, certainly not as much as cleverer people in Brussels. And it tells the world that Britain is a pretty porous place, not really that keen on protecting its borders. That it is a post-country, effectively, beholden to external influence and flows rather than being assertively, democratically sovereign. Perhaps now we might think about the kind of message this self-denuding cult of post-nationhood sends to more confident nations like Russia.

If, and it remains a big if, the Russian state was behind the poisoning in Salisbury – and if, and this is also a big if, Russia has intensified its meddling on British soil by targeting a large number of Russian agents here in recent years – then this could be seen as a consequence of Britain’s self-conscious disavowal of its own sovereign integrity. Of its pre-Brexit advertisement to the world that it had embraced the elitist and self-destructive ideology of post-borders. Indeed, we should not be surprised that a nation whose political and intellectual elites continually say ‘We are post-nation and we are open to the flows and fluxes of the globe’ might also find itself more open to the opportunism of states that have scores to settle here. After all, we effectively said: ‘We have no borders.’

A Lithuanian minister said last week that Russia may have launched the Salisbury attack because it sees Britain as being ‘weaker’ as a consequence of Brexit. The opposite is more likely to be the case. Brexit was a confident vote for actual borders and greater sovereign independence – the opposite of weakness. It is the pre-Brexit outlook, and now the elitist opposition to Brexit from Britain’s political and chattering classes and powerful figures across Europe, that weakened Britain and its sovereignty. Brexit was a cry for less political and territorial porousness and for a greater respect for the right of a nation and its people to control their affairs, and it is precisely such an outlook that can assist a nation in defending itself against opportunists who see it as an easy or willing target.

What is really happening post-Salisbury is not a sudden recognition of the importance of British sovereignty. Instead, British political actors sense that Britain is vulnerable, open to external influence in a way that might not be useful, but they cannot countenance the possibility that they are responsible for this state of affairs and so instead they deflect it on to Russia. These people who okayed the supremacy of EU law over British law, and the outsourcing of various political issues to a distant oligarchy, and the dilution of our borders by diktats we have no control over, now sense, at an instinctual level, that Britain is vulnerable to malign external influence. But they cannot bring themselves to look in the mirror and have a reckoning with those who authored this destruction of British sovereignty and so instead they claim Russia weakened the nation, via social-media meddling in our elections, intensified spying, poisonings, etc. They hold Russia responsible for something which in truth is of their doing, and which if anything Russia is merely a beneficiary of – the transformation of Britain into a borderless former nation.

Even now, it is not sovereignty these British observers are defending against Russia. Witness their appeals to international treaties governing the use of chemical weapons, or their instinct to get global bodies like NATO or the UN to condemn Russia, or their desire to run back into full EU membership as a form of protection against outside meddling, because, in the words of one commentator, nations can never be in ‘complete control’. Even now they talk about sovereignty but continue to weaken it. It has never been clearer that the British people are far better placed than the British political class to stand up for democracy, sovereignty and safety. Far from demonstrating the folly of Brexit, recent events confirm it is the strongest, most progressive political idea of our times.