The creature from the feminist film-studies lecture

The Shape of Water is dampened by its unsubtle identity politics. 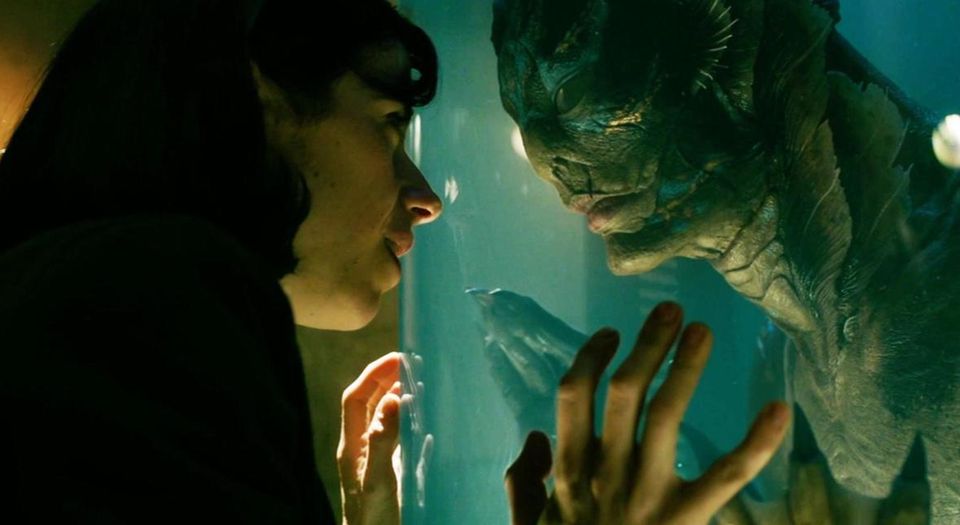 Hollywood loves one thing more than anything else – itself. So it is not surprising that The Shape of Water won big at this year’s Oscars, winning Best Picture and Best Director for Guillermo del Toro. After all, it paints Hollywood as the good guys.

Del Toro is perhaps best known for the dreamlike Pan’s Labyrinth (2006). He loves telling modern fairytales. With The Shape of Water, he says he wanted to recast the stories of Beauty and the Beast, Creature from the Black Lagoon and Frankenstein as he understood them. He wanted the monster to be the hero who lives happily ever after.

The Shape of Water is the story of the relationship between an androgynous sea creature and a mute cleaner called Elisa (Sally Hawkins), who works in an underground government laboratory in Baltimore in 1962. She encounters the otherworldly amphibian, one of the inmates in the lab, and bonds with it through her ersatz recordings of jazz and Hollywood musicals.

The bad guy, who captured the creature, is Colonel Richard Strickland (Michael Shannon). When Elisa hears that Strickland – who by this point has already sexually assaulted her – plans to kill the creature, she helps it escape. In the final scenes, both escape together, living underwater. The scars on Elisa’s throat, which were thought to be the cause of her muteness, reveal themselves to be gills.

Sally Hawkins is perfect in the role in that she easily embodies the Amelie archetype – small, fragile, winning, quirky. The character is a cypher, a wet dream of what men imagine sexy alternative women to be like. She is a frail victim of the patriarchy. She cannot confront men on their turf, the land. Her only escape is the alternative world of water. The female symbolism goes into overdrive when Elisa bonds with the creature by giving him the eggs she boils in water every morning.

It is an understatement to say that The Shape of Water is a wet film. Everything looks wet and damp. Even outside, in sunlight, the floor is wet and the air feels damp. Water is the central metaphor in the film, representing the other, possible world, constantly penetrating the reality dominated by the capitalist patriarchy in postwar America.

Water is Elisa’s element. She masturbates in the bath every morning. She cooks her food in it. One of her jobs in the laboratory is to mop up after the creatures and scientists. The patriarchy forces her to fight her own identity as an oppressed working-class woman. To underscore this theme, del Toro makes Elisa mute. She is the tired feminist film-studies trope of woman as silent – because they have no voice, see? They can only make noises.

The film allows no subtlety. All white men in the film are brutish, power-hungry, sadistic misogynists. Strickland is a quasi-Trump, one-dimensional cartoon of toxic masculinity. He assaults women, makes racist remarks. He is insensitive and selfish – especially in bed – and is of course rewarded by the system with a symbolic-penis Cadillac.

Meanwhile, the good characters are black, gay, disabled and female – the quadriga of identity politics. They are the outcasts: the mute woman, the black woman, the housewife, the old gay queen, the sea monster. They find their voice through old Hollywood movies, with nostalgic snippets marking out the sympathetic characters. It’s a monument to Hollywood’s vanity. In our post-political times, it sees itself as giving voice to the Other.

In del Toro’s postmodern version of the happy ending, the world of the creature turns out to be the real world. The characters who would usually have to die in old movies because they do not fit in are the ones who survive. But this fails to recognise the true complexities of those older characters and narratives. Inverting those conventions doesn’t mean this film tells a greater truth. The Shape of Water is a pseudo-inversion of the ‘old order’, rather than a progressive reshaping of the world. Like the identity politics the film propagates, it does not change anything – it just reverses the roles of goodies and baddies. The monster is now totally good and the white man is now totally bad.

And here lies the main problem with the film. Guillermo del Toro is a great director and The Shape of Water is visually interesting and engaging. But it is also a film that through its ideological failing also fails as cinema.

Watch the trailer for The Shape of Water: