Corbyn didn’t spy for Stalinists, but he thinks like them

His response to this daft story has exposed his authoritarian instincts. 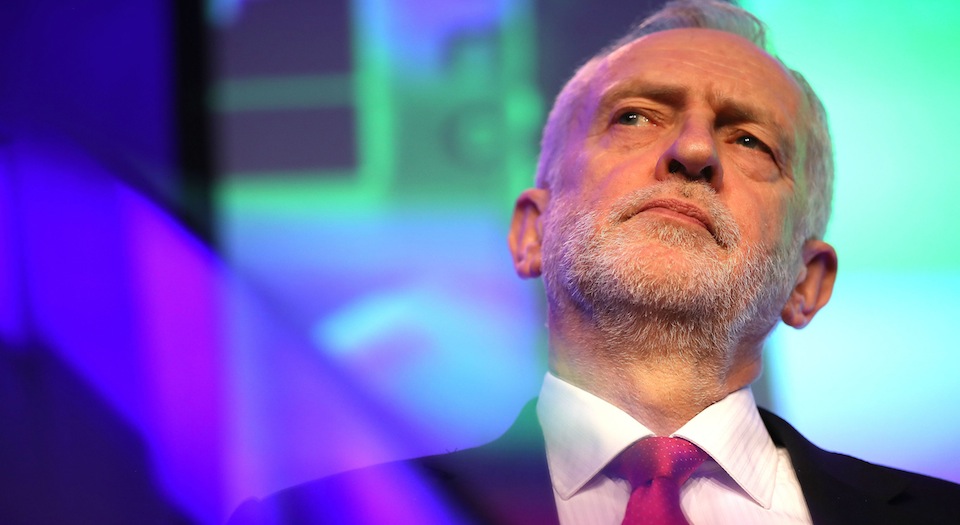 Answer: they both fear and loathe unfettered freedom of speech, and especially of the press, and want new rules and regulations to clamp down on it.

The US president and the UK left leader only disagree about which media voices should be legally throttled. Trump most despises liberal outlets such as the New York Times and CNN. Corbyn focuses his hate on Tory-supporting tabloids the Sun and Daily Mail, and has warned them of tighter controls to come in response to stories about him meeting a Czech agent in the 1980s.

Both have also threatened to use libel law to silence their shriller critics. President Trump tried to suppress Michael Wolff’s sensationalist book, Fire and Fury: Inside the Trump White House, by threatening the publishers with libel action. Now Corbyn’s lawyers have sent a similarly menacing letter to Tory MP Ben Bradley, threatening to sue over a defamatory tweet about him ‘selling secrets’. The difference is that Corbyn can get away with it, using the repressive power of the UK’s defamation laws – which Trump can only dream of swapping for the First Amendment to the American Constitution, with its pesky defence of freedom of speech and the press.

The other big difference is in the response of many who are supposed to champion freedom of expression. Trump’s ‘war on press freedom’ – targeting the likes of the NYT and Washington Post – has been denounced by American liberals and luvvies, rallying around Hollywood movie The Post. By contrast, Corbyn’s latest threats to press freedom have been cheered by the left, because they are aimed at the hated Tory tabloids. As so often, it seems, the message is: Freedom for me, but not for thee.

The anti-press fuming in Corbyn’s Labour Party has come to a head this week over stories in the Sun and elsewhere about a series of 1986/87 meetings between the then backbench Labour MP and one Jan Sarkocy, a Czech embassy official/spy. The ex-Communist agent claims Corbyn was a source of information about such top state secrets as Margaret Thatcher’s breakfast habits and wardrobe choices. Experts from both sides of the Cold War divide describe the suggestion that Corbyn was a paid informant for the Soviet bloc as ‘undeniably false’.

Corbyn’s spokesman quite reasonably dismissed Sarkocy’s wilder claims as ‘absurd and hallucinogenic’ and said the press had been having ‘creative fun’ with them. His humourless leader, however, has proved incapable of laughing them off.

Corbyn refused to answer any media questions about his meetings with Sarkocy – including from the BBC and ITV. Instead the Labour leader recorded a short, rather manic-eyed video of his own, posted on social media. Yes, the Labour leader conceded, ‘a free press is essential to democracy’. Just not, apparently, one that’s sufficiently free to publish stories he disapproves of. Corbyn was no Soviet spy, but his underlying attitude of free-speech-for-anybody-who-agrees-with-me would certainly have met with Joe Stalin’s approval.

Corbyn insisted that these ‘lies and smears’ showed ‘just how worried the newspaper bosses are about the prospect of a Labour government. They’re right to be.’ Then came his slightly chilling conclusion: ‘Well, we’ve got news for them. Change is coming.’

The sort of ‘change’ Corbyn’s Labour Party plans for the press has been made clear by Tom Watson, the tabloid-despising deputy leader, and Brexit spokesman Keir Starmer, who, in his previous post as director of public prosecutions, started the process of arresting and trying to lock up dozens of Sun journalists.

Labour wants to force all publishers to sign up to Impress, the official regulator set up by royal charter after the Leveson inquiry. This is the first system of state-backed press regulation since the days of Crown licensing more than 300 years ago, when writers and printers could be jailed or hanged, drawn and quartered for publishing anything without official approval.

To blackmail national newspapers into bending the knee to Impress, a Labour government would enforce Section 40 of the Crime and Courts Act. Any publisher sued for libel who was not signed up to state-backed regulation would then be liable to pay both sides’ legal costs – even if they won the case! Labour has also expressed support for the recent amendments passed by the unelected House of Lords, which would extend the same punitive pay-all-costs regime to publications sued for allegedly infringing data-protection laws.

These Even-When-You-Win-You-Lose laws would be a noose around the neck of the endangered profession of investigative journalism – especially when it comes to revealing the secrets of the rich and powerful. They would apply not only to the Sun or Mail, but to any publication from Private Eye to spiked which refused to accept regulation by royal charter.

No, no, says Labour, we don’t want to ‘close down’ press freedom. But, as Corbyn put it in his video rant, ‘much of our press is not very free at all’ because ‘it’s controlled by billionaire tax exiles’. So Labour’s attack on the press would really only hurt the rich. When spiked tweeted that this was an assault on press freedom and democracy however they dressed it up, leading Labour MP Clive Lewis had a Twitter hissy fit in response, dismissing as ‘libertarian claptrap’ any idea that the ‘oligarchical, billionaire-dominated media’ is ‘a “free press”’ to be defended.

Restricted ownership of the mainstream media is a separate, longstanding problem. But freedom of the press is about freedom from state interference and control. People – largely from the radical wing of British politics – have fought for that liberty down the centuries, many ending up in prison or worse for their pains. Now Labour wants to reverse the tide of history and reimpose official regulation.

The historic fight for the principle of press freedom for all can now casually be dismissed as ‘libertarian claptrap’ by a top Corbynista MP in support of state-backed regulation. That is a sign of how far the left has abandoned the twin causes of free speech and democracy. If only the heroes of history could have accessed the Twitterfeed of the wise Member for Norwich South! After all, who would have gone to jail or the gallows for ‘claptrap’?

Let’s be clear: what Corbyn’s Labour really objects to about certain newspapers is not their ownership, but the political opinions they express. They are keen to ‘close down’ strident Tory voices. If Labour wants more open ownership, it might seem strange that it has not protested about the Mirror Group of newspapers, already Britain’s largest, buying out the Express titles this month. But then, the Mirror is the Labour Party’s best friend in the press, and the Express has been a Tory, Brexit-backing pain.

Indeed the ‘anti-capitalist’ left is quite prepared to use corporate power against the Tory tabloid press when it suits its purposes. The Corbyn-loving crusaders of the Stop Funding Hate lobby have pressed big companies to withdraw advertising from the Daily Mail in protest at articles they find offensive. As the founder of Stop Funding Hate once admitted, ‘The end point for us is a media that does the job we all want it to’. So, you are free to do as we say.

Behind the billionaire-bashing rhetoric, attacks on the ‘mass media’ and ‘popular press’ are always really aimed at the masses, the populace, who the elitists blame for being ‘duped’ by meejah lies and fake news – notably over Brexit. Labour’s newly ardent support for officially hobbling the press reflects the party’s shift further away from the people and towards the state.

It should be no surprise to see the ‘radical’ Corbyn leading this retreat. He is no Soviet agent, but the Labour left has long shared the Stalinists’ underlying belief in state control as the agent of social progress. That was why in the 2015 General Election, before anybody imagined the veteran nonentity Corbyn could become Labour leader, prominent left lobby groups issued a Manifesto for Media Reform, which demanded that ‘communications should be organised and regulated in the public interest’. That sort of committee-speak for controlling the media would certainly have been recognised in the Eastern Europe of the 1980s, or even in the English state of the 1690s.

Corbyn is of course right that the UK press, whether in print or online, is not nearly free enough. But the solution cannot be yet more intervention and regulation. It is good to strive for a freer, more open-minded media by taking advantage of the web. But it would be strange to imagine that this would be brought about by even greater state interference in press freedom. Freedom of speech is not a zero-sum game, where you gain it for some by taking it away from others. It is an indivisible liberty we defend for all or not at all.

As for suing for libel, it is always a sign of the petty-minded censor to ask a judge to silence and punish your critics. Corbyn’s threat to sue Tory vice-chairman Bradley for falsely tweeting that he ‘sold British secrets to communist spies’, rather than ridiculing or simply ignoring it, confirms that the Labour leader is as thin-skinned as the snowflake in the White House. Corbyn had been urged to take legal action by a left-wing Guardian columnist who declared on Twitter, in language of which the Stasi would surely be proud, that ‘an example must be made’. Anybody serious about encouraging debate about political change might instead take their lead from the robust 18th-century London newspaper men known as ‘Cato’, who helped to inspire the democratic American revolution: ‘I would rather many libels should escape than the liberty of the press should be infringed.’

Amid all the talk of Corbyn and Communists, a final reminder that Karl Marx’s first articles in the German press, published some 175 years ago, were a series of essays defending ‘Freedom of the Press’. As the young Marx told the Prussian state censors then, ‘You cannot enjoy the advantages of a free press without putting up with its consequences. You cannot pluck the rose without its thorns! And what do you lose with a free press?’

By attacking a free press, Corbyn’s Labour should surely lose the support of anybody serious about freedom and democracy.